DALLAS, Jan 6, 2003/ FW/ — Levi’s® Jeans announced the creation of the world’s most valuable pair of jeans to celebrate the launch of Levi’s® Type 1™ Jeans.

The one-of-a-kind pair of jeans (a Levi’s Type 1 Jean adorned with gold, diamonds and rubies) will be awarded to a lucky Super Bowl viewer as the culmination of a first-ever, interactive consumer promotion marking one of the most significant product launches in the company’s history.

In recognition of the company’s 150th year in business, the winner will receive a total prize package worth $150,000 that will include the gold-and-jewel-laden jean.

“To mark one of our most significant product launches, we have created the boldest and most valuable pair of jeans in the world,” said Anna Brockway, director of marketing, Levi’s brand. “In our new Levi’s Type 1 Jeans line, Levi’s signature design details – the red tab logo, buttons, rivets and two-horse back patch – have all been accentuated to highlight the features that only Levi’s Jeans can truly own. On the celebratory pair of Levi’s Type 1 Jeans, we have embellished all these iconic elements with gold, diamonds and rubies. These jeans not only celebrate our history, but they are part of our history.”

The precious metal and jewel details of the one-of-a-kind pair of Levi’s Type 1 Jean were handcrafted by the master specialists of H. Stern Jewelers, one of the world’s pre-eminent fine jewelry houses.

To celebrate the launch of Levi’s® Type 1™ Jeans, Levi’s Jeans has launched an interactive consumer promotion called Levi’s® Type 1™ Jeans Gold Rush in conjunction with the denim brand’s Super Bowl commercial. The program is the first-ever twist on big game advertising that will make watching a Levi’s Jeans Super Bowl commercial “pay-off” for one lucky viewer. The brand’s big game commercial will help solve a four-week mystery surrounding the “virtual” hiding place of the world’s most valuable jeans. The grand prize package includes the world’s most valuable pair of jeans valued at $85,000 and an additional $65,000 in gold and cash for a total prize package worth $150,000 in recognition of the company’s 150th year in business.

For a four-week period (January 2 – January 28, 2003), consumers can log on to www.levi.com where one question will be posted weekly. Answering the questions correctly will enable consumers to gain access to clues about where the jeans are “buried.” A series of games posted on www.levi.com also can be played to reveal clues. A total of four questions and four games will be posted throughout the program with weekly prizes awarded to select participating players. Postings will occur on January 2, 6, 13 and 20, 2003. The final clue will be revealed through watching the Levi’s Type 1 Jeans Super Bowl commercial that debuts on Sunday, January 26, 2003, during the second quarter of the game. Following the initial airing of the commercial, viewers have two days to log on to www.levi.com where they can enter their guess on the location of the “virtually” buried, gold- and jewel-laden, Levi’s Type 1 Jeans. All correct entries will be submitted into a random drawing where a grand prizewinner will be chosen on January 29, 2003.

“Stampede celebrates the strong, bold nature of Levi’s Type 1 Jeans and the people who wear them,” said Robert Hanson, president, Levi’s brand. “The spot incorporates symbolic ‘old west’ elements to represent Levi’s rich heritage and juxtaposes them against a modern setting to represent the brand’s leadership in denim innovation.”

The timeless style of Levi’s original jeans has evolved into a bold, new, denim line – Levi’s Type 1 Jeans. Launching in spring 2003, Levi’s Type 1 Jeans for men and women capture the essence and authenticity of the Levi’s brand. Inspired by Levi’s heritage, this new line features a bold, modern, interpretation of Levi’s signature design details including: 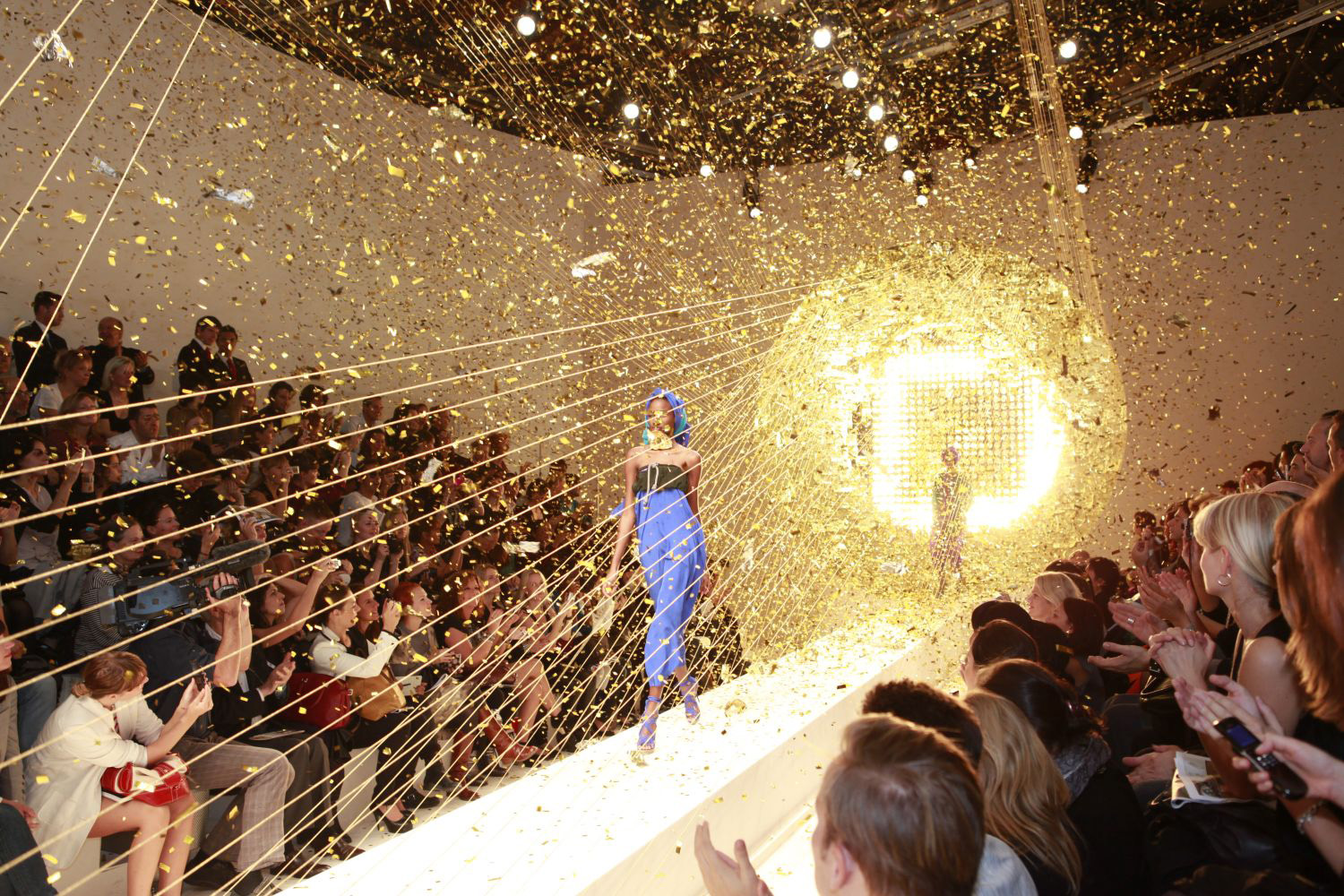