NEW YORK, Feb 14, 2008 / FW/ — Black, red and white, Zang Toi’s Fall 2008 / Winter 2009 collection is a statement of discreet luxury, something that the New York-based designer had already perfected, yet raised it to another level this season. The result, a very elegant collection that is delicate and tactful.

With talks of recession in Wall Street, New York designers put a united front to against the economic downturn, sending out collections that are coherent and strong. Zang Toi, who is on the spearhead of this movement, added directional to the list with creations that feature his signature style with a very focused theme.

Zang Toi actually presented two collections, his eponymous label and House of Toi, his more youthful secondary line. Because the collections are so focused, you have to be a big Zang Toi fan to know the difference. And because of the blurring of the line between the two lines, it also shows growth for both of them.

House of Toi was created to cater to a younger clientele, who are more avant-garde and more fashion-forward than Zang Toi’s core clientele. Yet, after several seasons, the clients of House of Toi and the main line Zang Toi have started to merge, proving that the New York-based designer truly understands his clientele and has his finger on their pulse.

The main line ‘Zang Toi’ and ‘House of Toi’ are beginning to merge their client base though both lines are still very different from each other. The reason, though in the beginning, the target clients were different and actually widened Zang Toi’s reach, the directional growth of both lines as envisioned by the designer Zang Toi have created a subset.

To understand this, think of two different circles that were far apart in the beginning, the circles being the client base for each line. As designer Zang Toi developed the two labels on a very directional path, these two circles moved slowly towards each other, that now, parts of the circles are overlapping. That overlap is the subset of clients that the two lines share.

And somehow, it is very easy to understand why. Case in point, the all black mini dress and black tights paired with a floor-length white winter coat trimmed with fur. It’s edgy and sportive, yet very elegant at the same time. What’s not to like about it? Nothing really. You just fall in love with it.

Then, there is the all black floor length frock that looked very simple in the front with only the collar in sparkling Swarovski crystals as the only adornment. The surprise is when the model turned around – it’s a low-back gown with a latticework of Swarovski crystal covering the bare back that reaches until the waistline.

Just between these two, it is really hard to make a choice, the first one being House of Toi, while the second choice is from the main line Zang Toi. 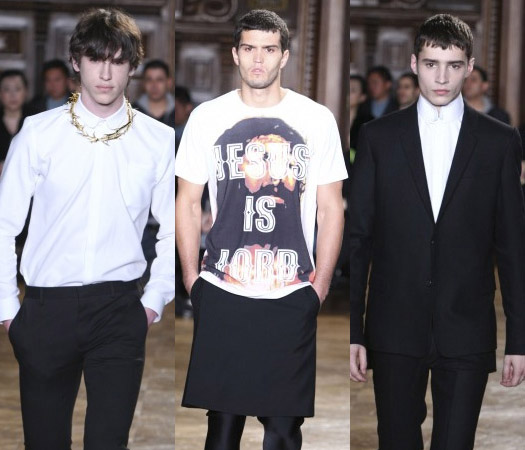 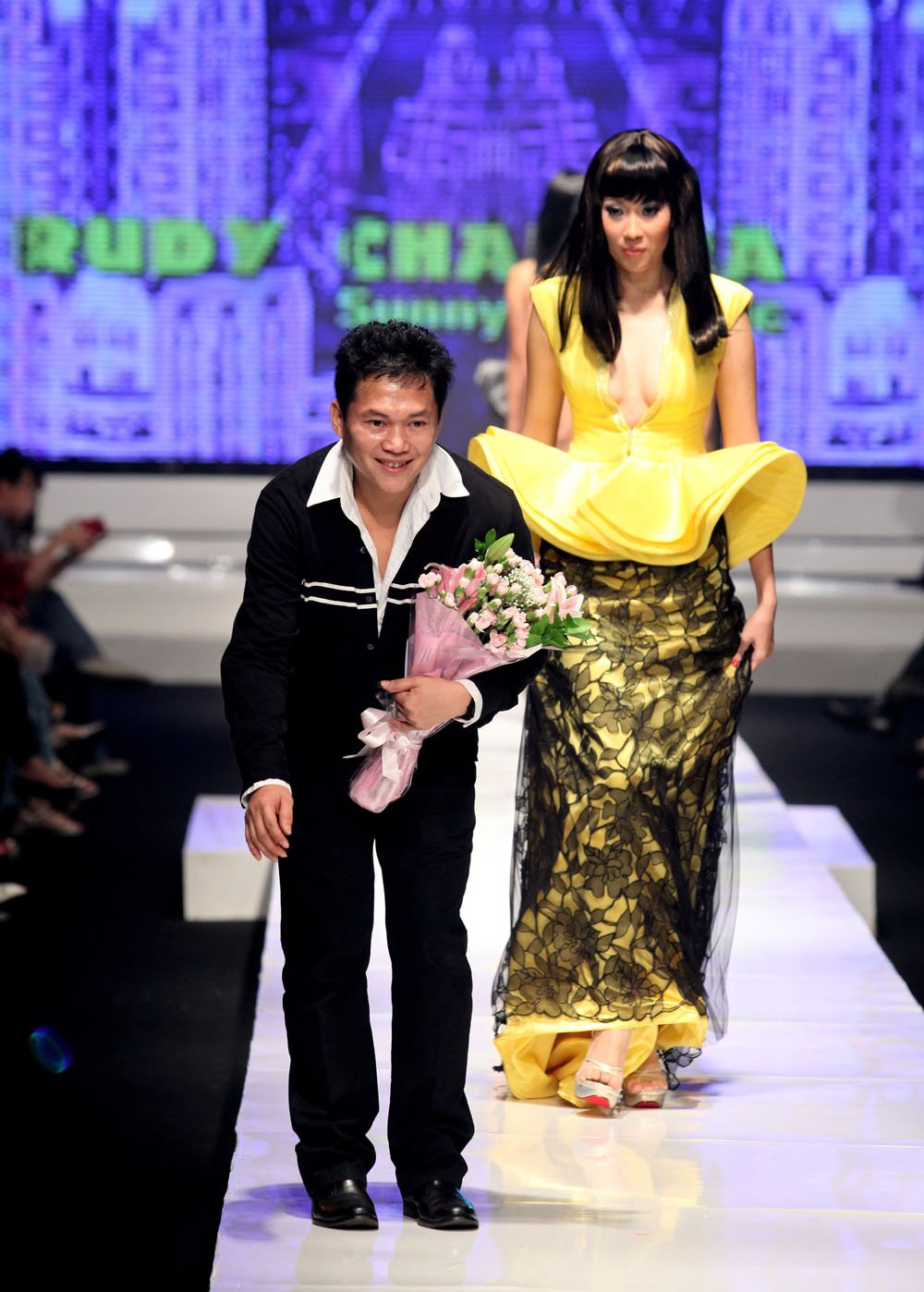 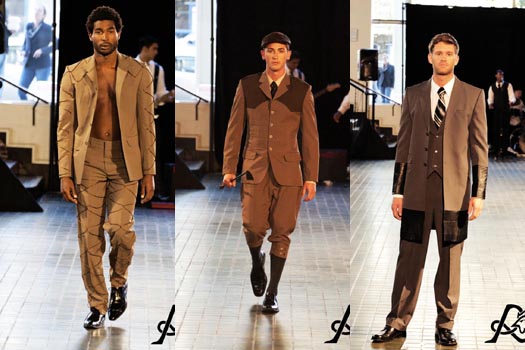