PARIS, May 18, 2008 / FW/ — It’s heating up in Cannes and that observation does not pertain to the weather. The ladies and the gentlemen keep on raising the temperature by their mere presence, the clothes they are wearing (or not wearing) and their sense of humor.

Question: How can you be 8 months pregnant with twins and look elegant, even sizzle on the red carpet?

The pregnant with twins actress confessed that the shoes were one of the ways she was able to breeze through the evening. Her partner Brad Pitt accompanied her on the red carpet. With the two of them together, no one else can take the top spot.

Desperate Housewife star Eva Longoria (photo below left) stole the red carpet once again with her Atelier Versace’s ivory ball embellished with exquisite leaf motif embroidery. Using multiple layers of silk tulle in a plissè sunburst that weaves around the body, it is truly a hard act to follow even on a red carpet famous for exquisite dressing.

And though it is still very early in the week, the buzz on the street is that the soiree co hosted by Quintessentially and Margherita Maccapani Missoni to benefit OrphanAid Africa is the party of the season. Held in a yacht moored at the Jetée Albert Edouard Nord in Cannes, the stars came out in force to be with Margherita Maccapani Missoni, Brand Ambassador for Missoni.

Once aboard Pegasus, a stunning 197ft private yacht moored at the Jetée Albert Edouard Nord, the 100 guests enjoyed an array of delicious cocktails and canapés and were treated to a fantastic live performance from ‘the singing waitress’ – jazz sensation Victoria Hart, who brought the house down with a selection of self-penned tunes and timeless standards.

Hart came to fame at last year’s Cannes Film Festival when she was chosen to sing by George Clooney at the Oceans 13 premiere after-party. Top Brit DJ Dan Williams then took to the decks, and guests danced by the pool until the early hours.

Held in aid of OrphanAid Africa, a non-profit organization with a mission to help orphans and vulnerable children in Ghana, West Africa, the evening also included the sale of limited edition African inspired bracelets designed by Greek jeweler Ileana Makri.

Made of 18k rose gold and diamonds with a moss green silk cord, the bracelet is a beautifully traditional piece with a very modern and symbolic meaning. 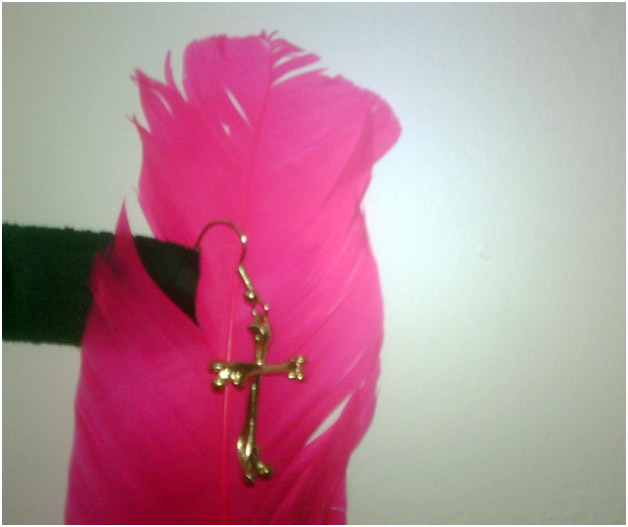