NEW YORK, Sep 6, 2008 / FW/ — In a collection entitled ‘The Main Duckie’ Steven Cox and Daniel Silver once again showed how to manipulate proportions like a true design maestro as they made ‘long’ longer, ‘thin’ thinner and ‘wide’ wider.

And, new this season, which was introduced from the very first exit, is the nylon hood that is actually an independent item. It could be worn with the formal suit or with the more casual tees and shirts, which were also proposed during the show.

Though the nylon hood is definitely the standout, and the must-have item from Duckie Brown next season, ‘The Main Duckie’ also became a platform for alternative silhouettes for men that are not necessarily streetwear.

Like the page boy shorts paired with black hose. It would take some fashion sass for a man to wear it. But, if worn with the proper attitude, like the way it was presented on the runway, it could be a standout.

Duckie Brown pushes the envelope and that is the reason why they have become the ‘menswear show to watch’ in New York season after season.

And like Beethoven’s Fifth Symphony where the drums were louder and the violins were higher pitched, ‘The Main Duckie’ is a Spring 2009 fashion symphony for menswear. 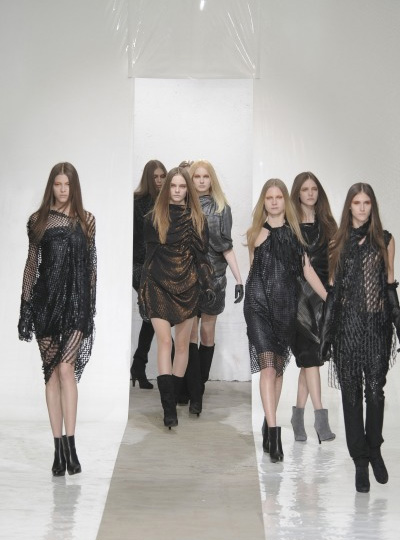 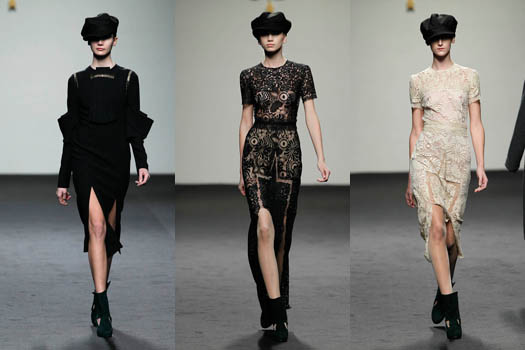