PARIS, Sep 28, 2008 / FW/ — It was like watching a Shakespearean play in black and white with fashion as the main character. Yesterday, Gareth Pugh showed the whole world why he won the highly coveted ANDAM prize for fashion designers – because he is IT!

First exit, a futuristic rendition of an Elizabethan-inspired dress in black and white; the neckline featured the expected Shakespearean ruff. The front of the dress in white, the back in black, which is also a play on the ‘crying and laughing’ faces usually associated in stage plays.

Oops… her slip is showing, the accordion pleat undergarment, or is it? I don’t think so… it was meant to show. Gareth Pugh did not make a faux pas. Everything was well thought of, everything planned and we were just looking at the first piece of the collection.

What followed was a masterpiece that even Queen Elizabeth I and the great bard himself would have approved. The flounced dress became a mini, then a pair of cigarette pants. The neckline had been changed to become an oversized collar still done in the Shakespearean ruff, and then it extended to the knees. The metamorphosis was seamless; you could actually see it as it unfolded.

Then the layered dresses came in. Oh, there were ruffles, but Gareth Pugh did not make them cliché. He made them look like as if they were stacked paper, as in the paper that Shakespeare used to write on but kept them pearly white.

The inspiration might be 16th century England, but the outcome is futuristic and might I add, a great opening for Paris Fashion Week. 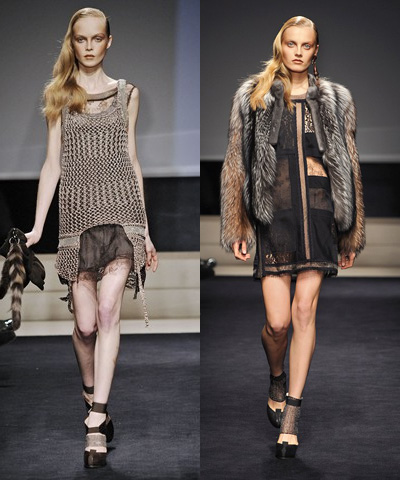 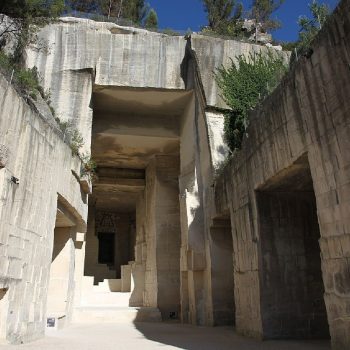