DALLAS, Dec 3, 2008 / FW/ — If you receive gift cards for Christmas hold on to it until December 28 because on that day, the limited edition Thakoon for Target Collection arrives in Target stores nationwide and also at www.target.com/go.

With prices ranging from $16.99 – $44.99, Thakoon’s low-priced resort collection of women’s swimwear and apparel provides no excuses for women not to be stylish even during a recession.

With a variety of seasonal staples including flutter sleeve tees, ruffled tanks and belted shirtdresses, it’s just the perfect wardrobe for Spring Break. Stand-out pieces include a floral print canvas coat, a shibori print ¾-sleeve dress, floral print shorts and a striped pleated dress, with prints that give a nod to Panichgul’s Eastern heritage

Thai-born, Omaha-raised Panichgul grew up with a love for photography and a natural eye for style. After graduating from Boston University with a business degree, Panichgul moved to New York, working as a merchandiser for J. Crew and fashion writer for Harper’s Bazaar.

Eventually, Panichgul realized he had a designer’s point of view and decided to pursue formal studies at Parsons School of Design. In September 2004, Panichgul launched his namesake ready-to-wear collection to rave reviews, quickly gaining the title of New York’s most promising talent.

Since then, Panichgul earned a prestigious CFDA Vogue Fashion Fund nomination in 2006 and became a member of the CFDA in August 2008. Most recently, Panichgul signed on to design ready-to-wear for the internationally recognized fashion house Hogan, with his first collection for the brand launching this fall.

Thakoon’s eponymous collection is sold at Barneys New York and Jeffrey, as well as other top boutiques around the world. 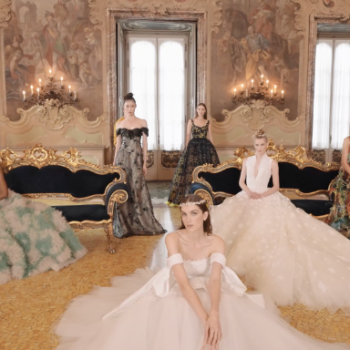