ST. MORITZ, Feb 3, 2009 – After two consecutive years of victory, the Brioni team makes the finals once again at the St. Moritz Cartier Polo World Cup on Snow, and comes in second, congratulating the winning team from Julius Baer. Third place goes to Cartier, which bested Maybach in the third place playoff.

This marks the 25th anniversary of the world’s first polo tournament on snow, which corresponds with the start of the World Cup season, and this year Brioni also won the Dr. Berry Memorial Trophy, dedicated to the local Swiss physician/artist whose descendants were among the proponents of winter polo in 1985.

Brioni co-CEO Antonella De Simone comments, “Playing in the 25th Anniversary of the Cartier Polo World Cup on Snow is another prestigious chapter in the history of Brioni, which has always sent a message of excellence by contributing the most sophisticated Italian quality to international glamour.”

In the spirit of the “polo club in the snow”, the close-knit young team members Guy Schwarzenbach, Nacho Gonzales, Johnny Good, and John Paul Clarkin all showed off the Brioni Polo Collection tailored for the occasion: navy blue blazers in unlined cashmere, the finest button-downs and knits, and white jeans that no polo player can do without. Starting March, these outfits will be available at the Brioni Boutiques in Miami, Beverly Hills, New York, Rome, Milan, London, and Paris.

“A warm thanks to our poloists, who for three years have treated us to the finals of a spectacular tournament, in the presence of our best customers,” enthuses Brioni co-CEO Andrea Perrone. “Seeing the players dressed so tastefully and glamorously in the pieces we designed for the traditional polo club dress code is a pleasure that strengthens the label’s deep connection with this sport.” 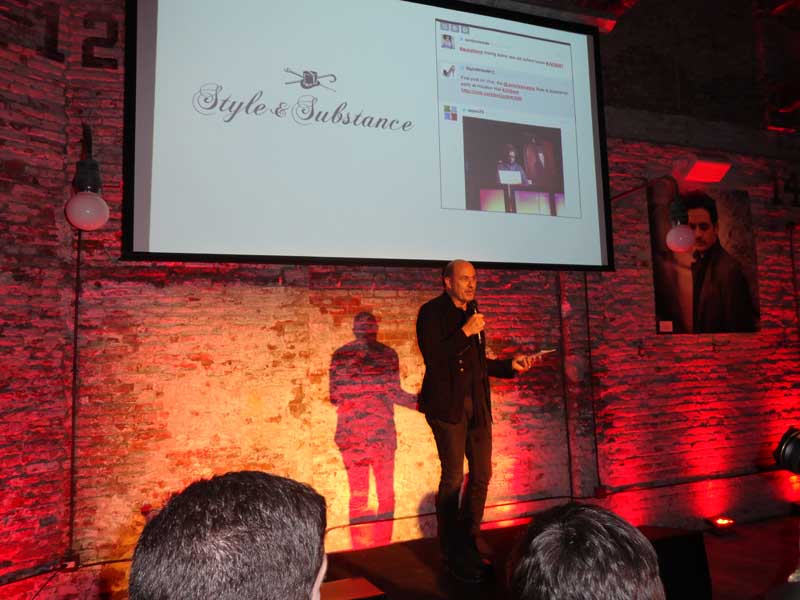