The discount is valid on all purchases, including sale merchandise and is also available at all Baby Gap Outlet and Kids Gap Outlet stores. To receive the discount, AAA members are required to show their membership card at the time of purchase.

Like the Jedi, Charles Jourdan has returned, albeit in the mid-level category. Groupe Royer, the new owner of the brand (it acquired Charles Jourdan in December 2008) announced yesterday that the first collection by new Creative Director Alexandra Neel will be presented in Paris in September at the Premiere Classe salon.

If you’ve been wondering why Coach stores have been carrying ready-to-wear, wonder no more; the iconic American accessories company is launching a clothing line named for its creative director Reed Krakoff. No announcement had been made though whether Reed Krakoff will show during the upcoming New York Fashion Week.

A familiar name returns to the Paris catwalk this September. Rochas under the creative helm of Marco Zanini has announced that it will unveil its collection during Paris Prêt-a-porter Spring 2010 season. The Rochas show is schedules on September 30th, at 5:00 PM at the Musée de l’homme.

Womenswear Creative Director Cristina Ortiz is leaving the Salvatore Ferragamo after she presents her Spring 2010 collection in September in Milan. Massimiliano Giornetti, who has designed the men’s collection since 2000, will take over the women’s ready-to-wear also, and thus providing a single vision. Cristina Ortiz took the womenswear creative helm at Ferragamo in August 2007. On her exit in September, she would have completed four seasons at the Italian maison. 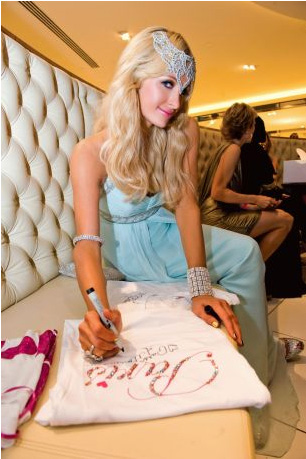