NEW YORK, Sep 13, 2009 / FW/ — Inspired by Lamu, an island in the Indian Ocean off the coast of Kenya, Adam Lippes created an exotic collection that explored colors, textures and fabrics in an entirely new way.

The combination might sound preposterous, yet it worked not only beautifully but magnificently as Lippes pulled every piece in the collection to tell story about a metro girl who is unaware of her charms yet looks so sophisticated in her choice of clothes.

A relatively newcomer in the New York fashion scene, Adam Lippes has attracted the attention of Anna Wintour, who sat front row at the show. Now, the only question is what issue of Vogue will Adam be in? 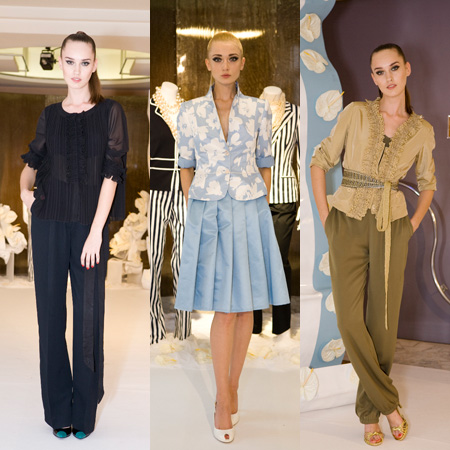