DALLAS, Oct 23, 2009 / FW/ — In a manner of speaking, Samora Olayan and I are old friends. She was one of the designers I “discovered” during my first L.A. fashion week and for the past five years; I have been following her career.

Hence, it was good seeing that she had not lost her touch. Unveiling a desert-inspired collection, Samora was definitely on trend with the major fashion houses in Europe.

“The raw gutsiness of colonial Africa meets the romance of Casablanca. The lifestyle of today’s modern woman is offered in “sun burnt” alternatives. This collection allows the strength of true femininity to take the forefront against a canvas of desert sand and sky, the spices of a Moroccan market come to life in colors of cinnamon, cardamom and cumin,” said Samora as she described her collection which was shown last October 16th at the luxurious and historical – Sunset Tower Hotel on the Sunset Strip.

Loose silhouettes, feminine slouchy pants, and silk jodhpurs; sensual layers from blouses to soft shouldered jackets, intricate pleating and a touch of tailoring to encompass a contemporary look, Samora proposed romantic and sensual “desert” styles, showcased within the setting of a true Hollywood emblem, encompassing past and present, The Sunset Tower Hotel.

And for the first time, Samora introduced a menswear line, a capsule collection of 9 looks that was also inspired by the desert. 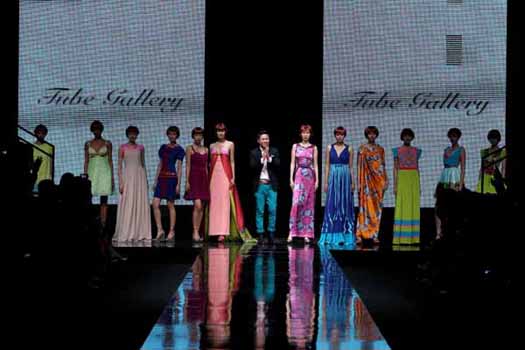 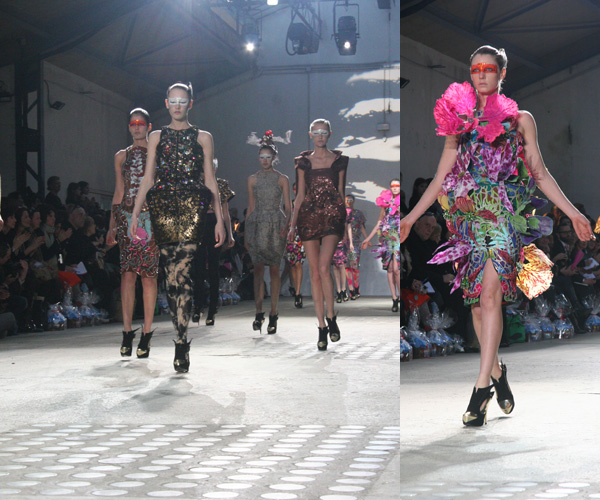