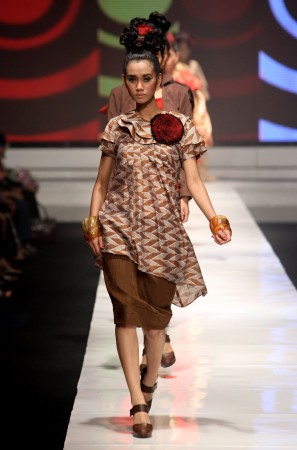 JAKARTA, INDONESIA – NOVEMBER 16: A model showcases designs on the runway by Taruna K. Kusmayadi as part of APPMI Show 2 on day three of Jakarta Fashion Week 2009 at the Fashion Tent, Pacific Place on November 16, 2009 in Jakarta, Indonesia. (Photo by Ulet Ifansasti/Getty Images) The international media loves to hyphenate Indonesia as “the world’s most populous Muslim country.” While this statement is indeed factually accurate, it inadvertently puts Indonesia in a category, which quite honestly, is not viewed positively these days. What most people don’t know about Indonesia is that it is a nation of tolerant moderates who value diversity over anything else. Jakarta Fashion Week 09/10 aims to dispel any misconceptions the world may have of Indonesia’s Muslims. Today’s show was proof that Indonesia’s Muslim community is not repressed or narrow minded. Three designers, Najua Yanti, Dian Pelangi and Jeny Tjahyawati, presented collections inspired by Frida Kahlo, Turkey and Russian Folk culture respectively. Bright, vibrant colors and lush silk fabrics topped with bold accessories presented an image of a modern and empowered Muslim woman who voluntarily chooses to still respect her religious traditions. 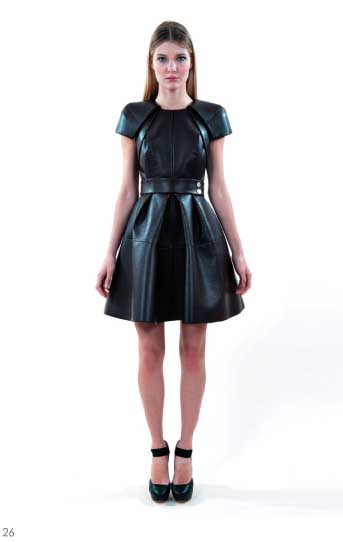 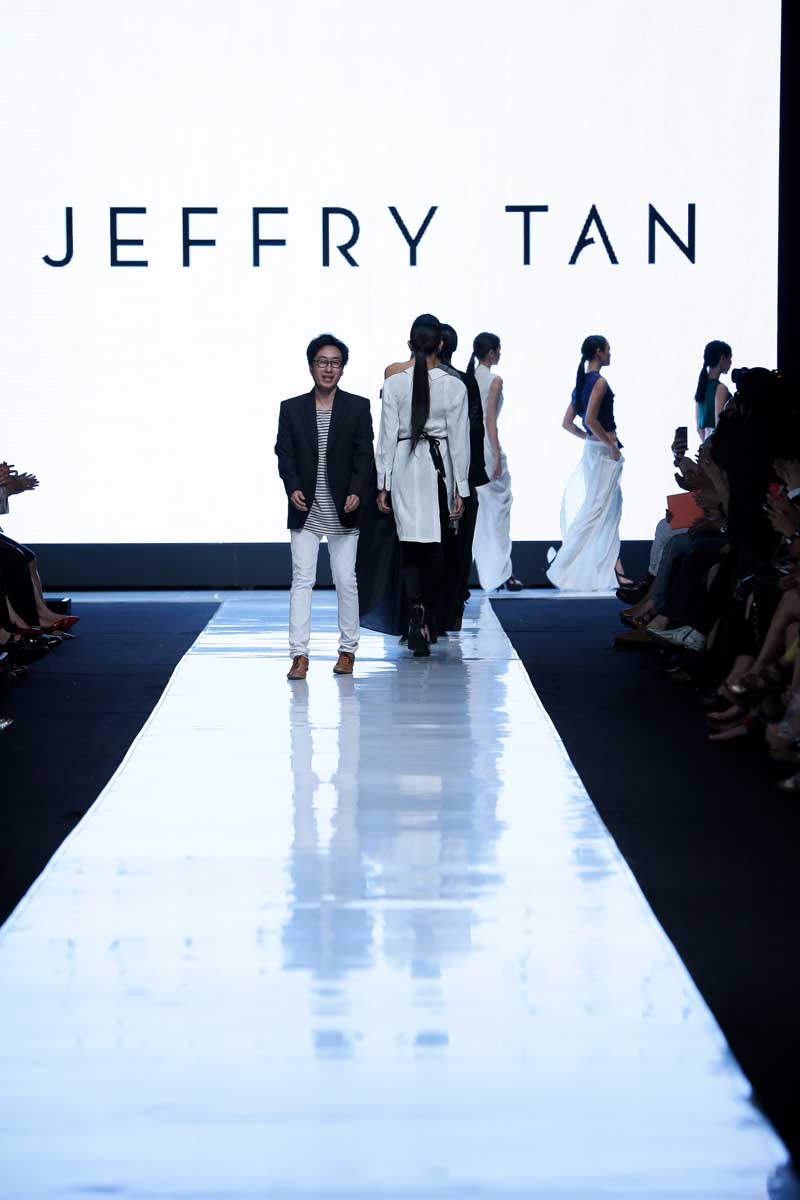