So, we see the famous detective and his sidekick in their signature look of double-breasted suits and the single-breasted 3-piece suits, including the obligatory hat and umbrella. Yet, in this traditional albeit updated look for the British gentleman lie a fetish that we don’t see. Worn inside is a corset, which up to today remains very strong as a cult territory.

Fans of Sherlock Holmes remember that both Dr. Watson and he were fond of their coats; hence it’s not surprising to see John Galliano sending his own interpretation as he sent multiple variations of their coats including a smoked PVC raincoat that is emblematic of the show.

From the London gentlemen to the detectives who had to go slumming while they were sleuthing, John Galliano went to the fight club; not just an ordinary fight club but of Oriental appeal as he sent fighters wearing athletic shorts in vibrant prints and shades of reds, yellows and greens. 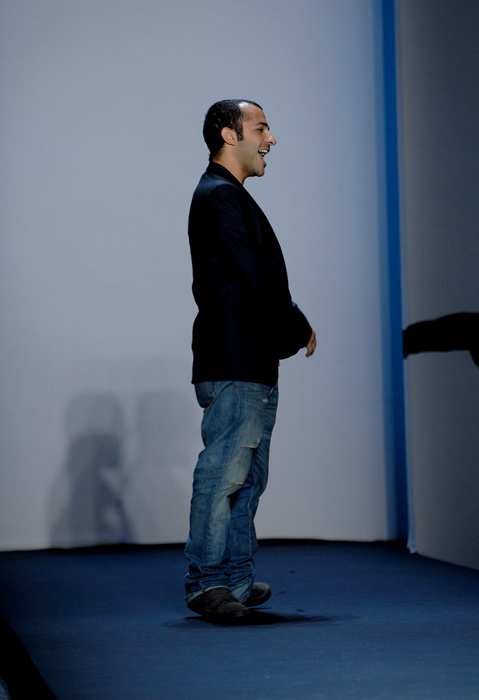 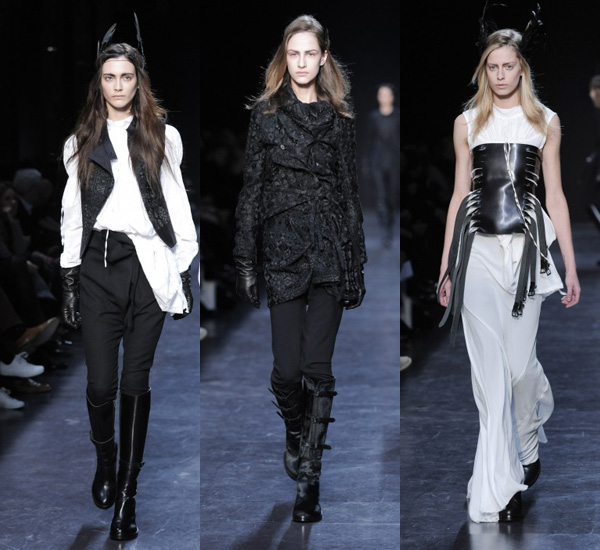 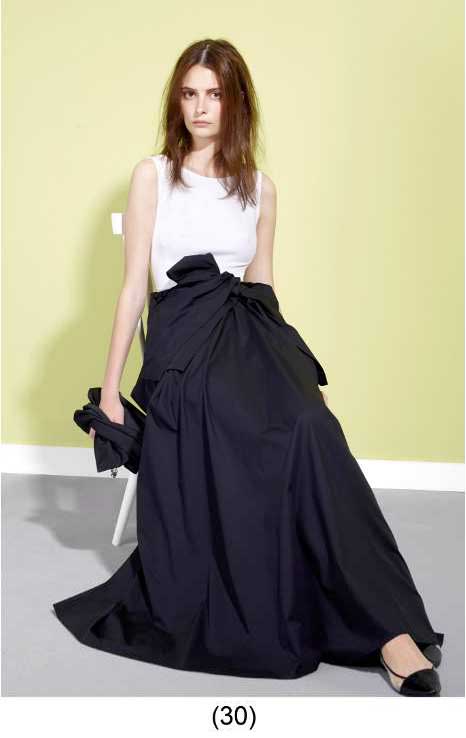