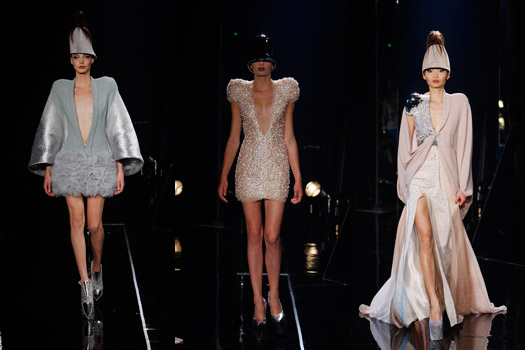 Centering on that magical moment where one discovers themselves looking at their reflection in a mirror and becoming conscious of being, Jantaminau also presents the elusiveness of reality.

The materials used are crêpes, chiffon, sequins, hand woven degrade fabrics, Swarovski crystals, and metal knit work. (Transparent) crystals play an important role in the clothes. They are used frequently under a layer of sheer fabric such as chiffon. That way, the sparkle lights up the material in a subtle way, adding to the mystical effect.

The cuts are generally slim, stretched, v-shaped silhouettes, the centre of gravity being the top part, portraying an ultra feminine image. 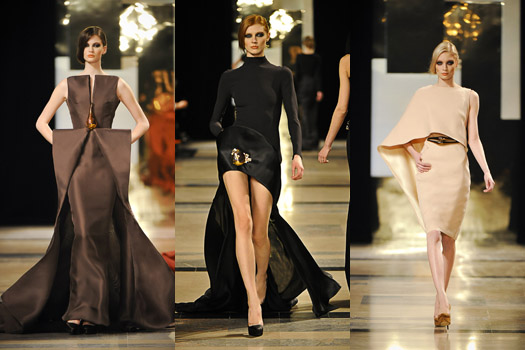 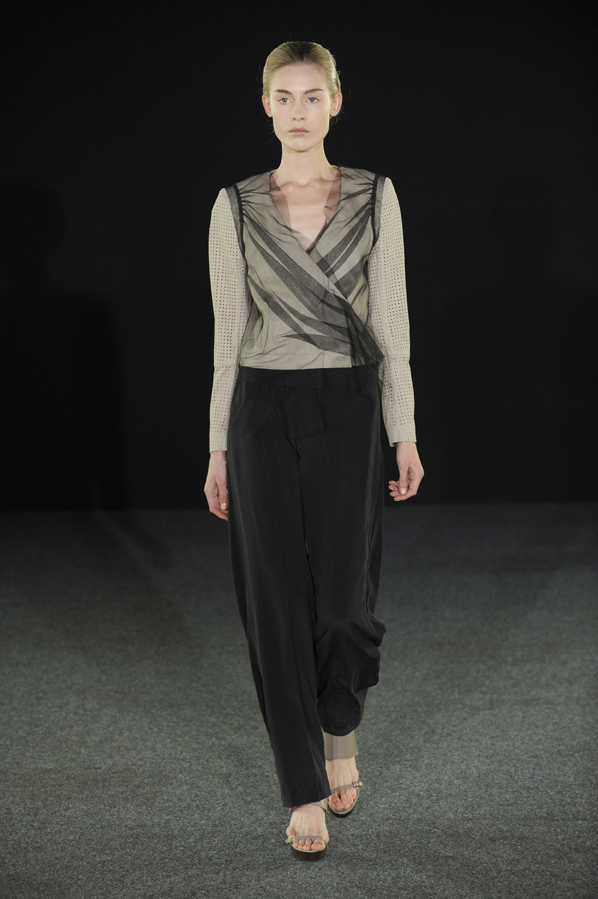 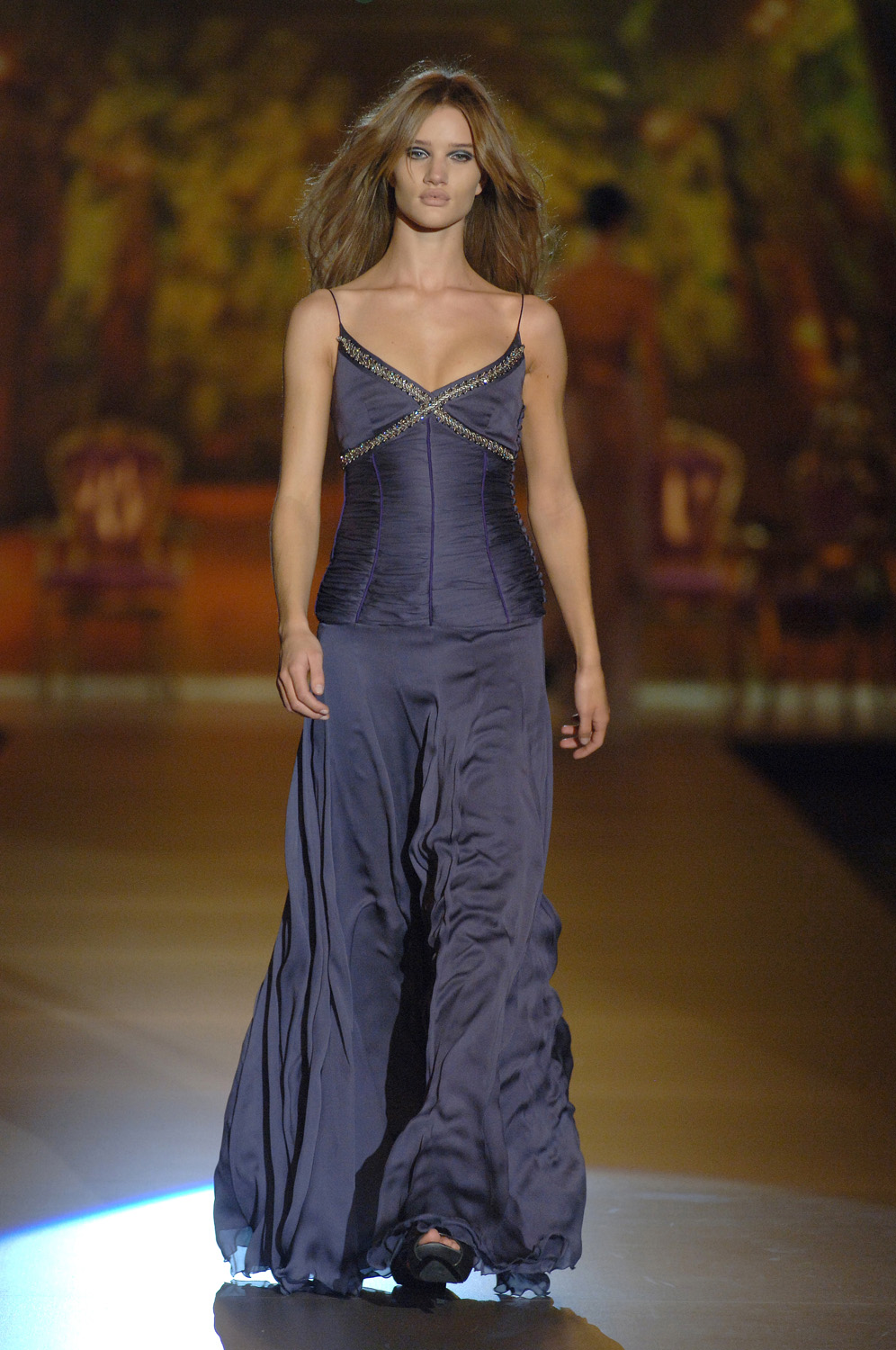