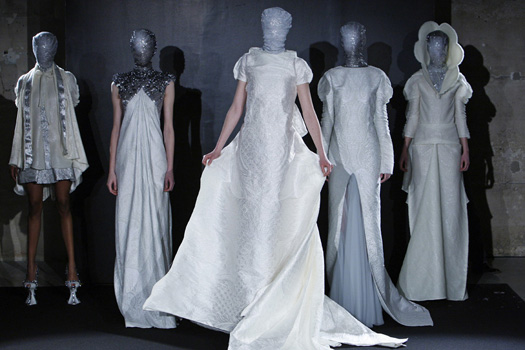 PARIS, Jan 25, 2011 / FW/ — “One hundred per cent artistic freedom”, declared designer Jan Taminiau for couture. “Haute couture has nothing to do with reality or being wearable. It is about free imagination and the extraordinary,” Taminiau added.

And true to his word, Jan Taminiau presented a very artistic collection with the faces of the models covered as if they were rag dolls that he was just dressing. And though the collection borders on sci-fi/fantasy, and the designer declaring that he was designing for wearability, the truth is that there were a lot of pieces that a woman would want to wear and have in her wardrobe.

The understanding of fabrics and a swift technique reflect Jan Taminiau’s fascination with the traditional techniques & craftsmanship of couture. Within Jan’s work the bias cut is fundamental, for the perfect fitting.

The multiple tests are vital to reach the ultimate perfection expected for each of the pieces of his twelfth collection which this season is centered around the relation between bright and obscure and the ineluctable of reality.

The dark gloomy feeling of silver, white and grey with black tones are crusted with a special designed and woven fabric in silver thread. 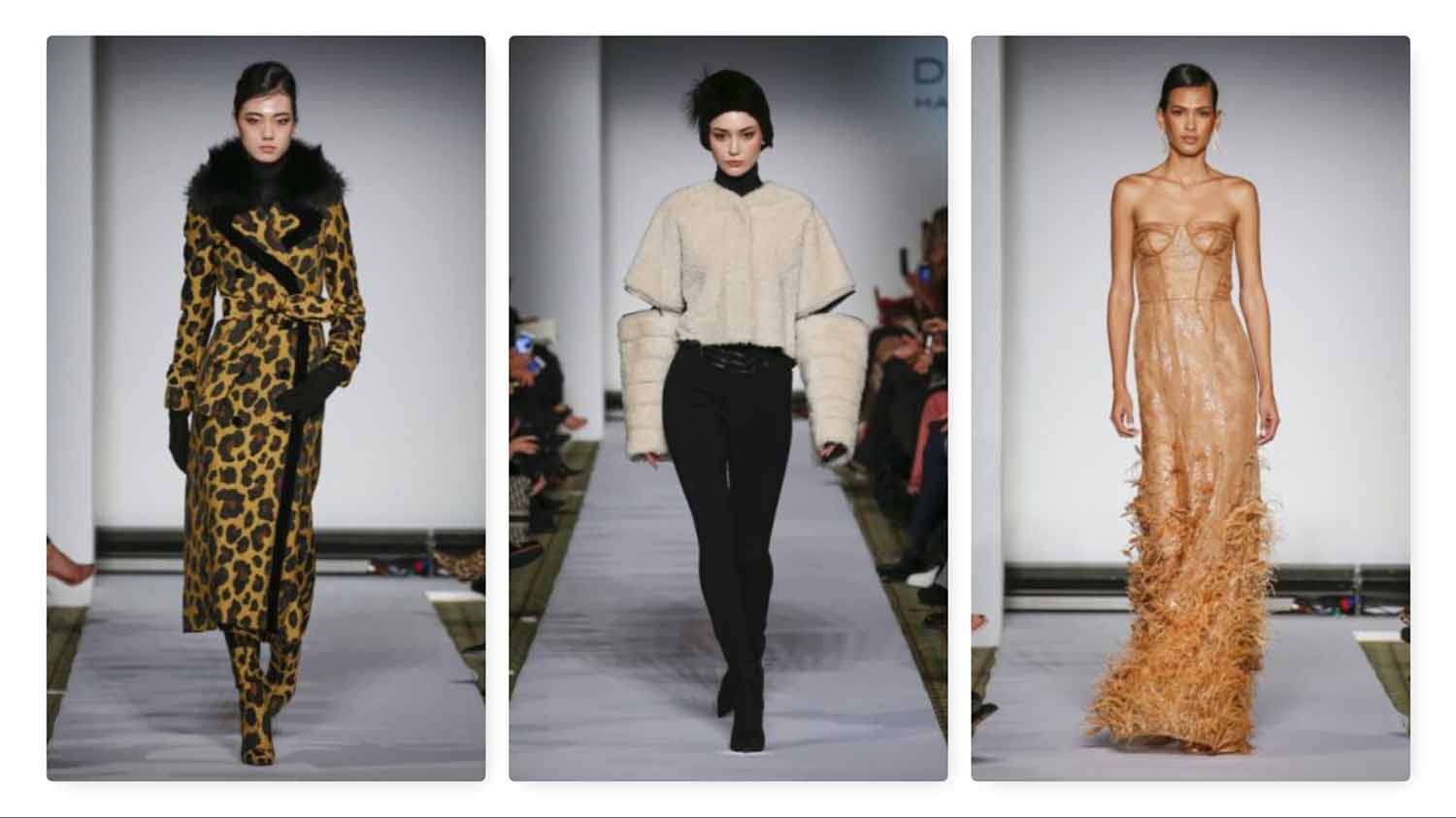 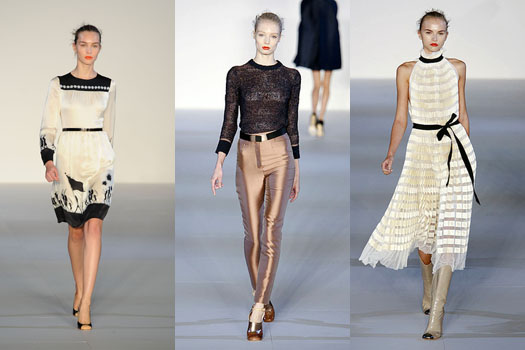