Jan. 22, 2011-PARIS-/FW/ It was a show fit for a detective like Sherlock Holmes this season at Kenzo. First, the invitation. It came hand-delivered in a plaid box containing cardboard cutouts of various Kenzo detective tools- A Kenzo magnifying glass, a 10 M&P Kenzo revolver, a Kenzo Reflex camera, and a Kenzo pocket watch.

The show itself was set in the Jardin des Plantes in an antiquated library full of character. This season for Kenzo, it was smart and casual. The creative and relaxed style that has become Kenzo’s signature. A style that twists and reinterprets the classic codes of the masculine wardrobe. Eternal codes which Kenzo man knows well and with which he has fun, mixing references to create an urban and contemporary style, where the colors the details and the prints melt into one another according to his mood.

With smart suits in new silhouettes featuring wide trousers, high waists, kilts over pants, and plaid patterns, Antonio Marras created a collection which allows one to mix the formal and the casual to create an original style where the needs and the wants of the Kenzo man take precedent. The fabrics of the collection were mixed and balanced subtly. Flowers, block colors, plaids and stripes.

Inspired by English detective stories, he had fun playing with all the classics of British elegance, from the gentleman farmer to the London bad boy. Images of butlers and diabolical lords, golden boys form the City, detectives and pupils from Eton all inhabit the world of Kenzo Autumn/Winter.

The jacket was the center piece of this collection- put together in constructed as well as deconstructed versions, cut free hand or perfectly tailored in classic wool or Milano jersey. It punctuated the collection and made it easy to wear and customizable. Either classically or paired with denim, in different textures and colors, the jacket played a key role in the conception of this chic and relaxed masculine wardrobe.

All of the collection’s elements highlighted the harmonies in patterns and silhouettes, staying true to the Kenzo philosophy that fashion is above all a game to be played strictly by one’s own rules. 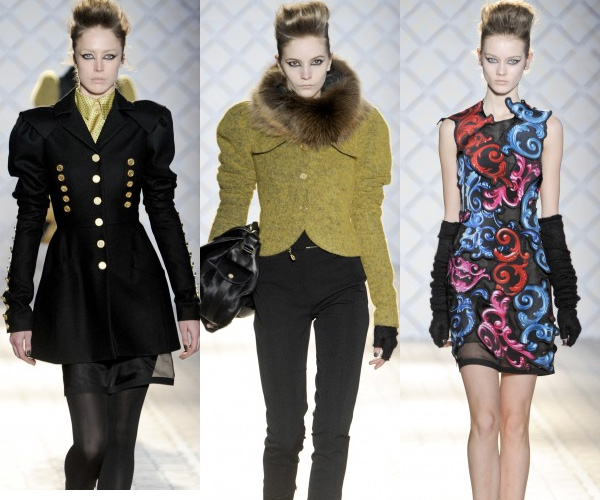 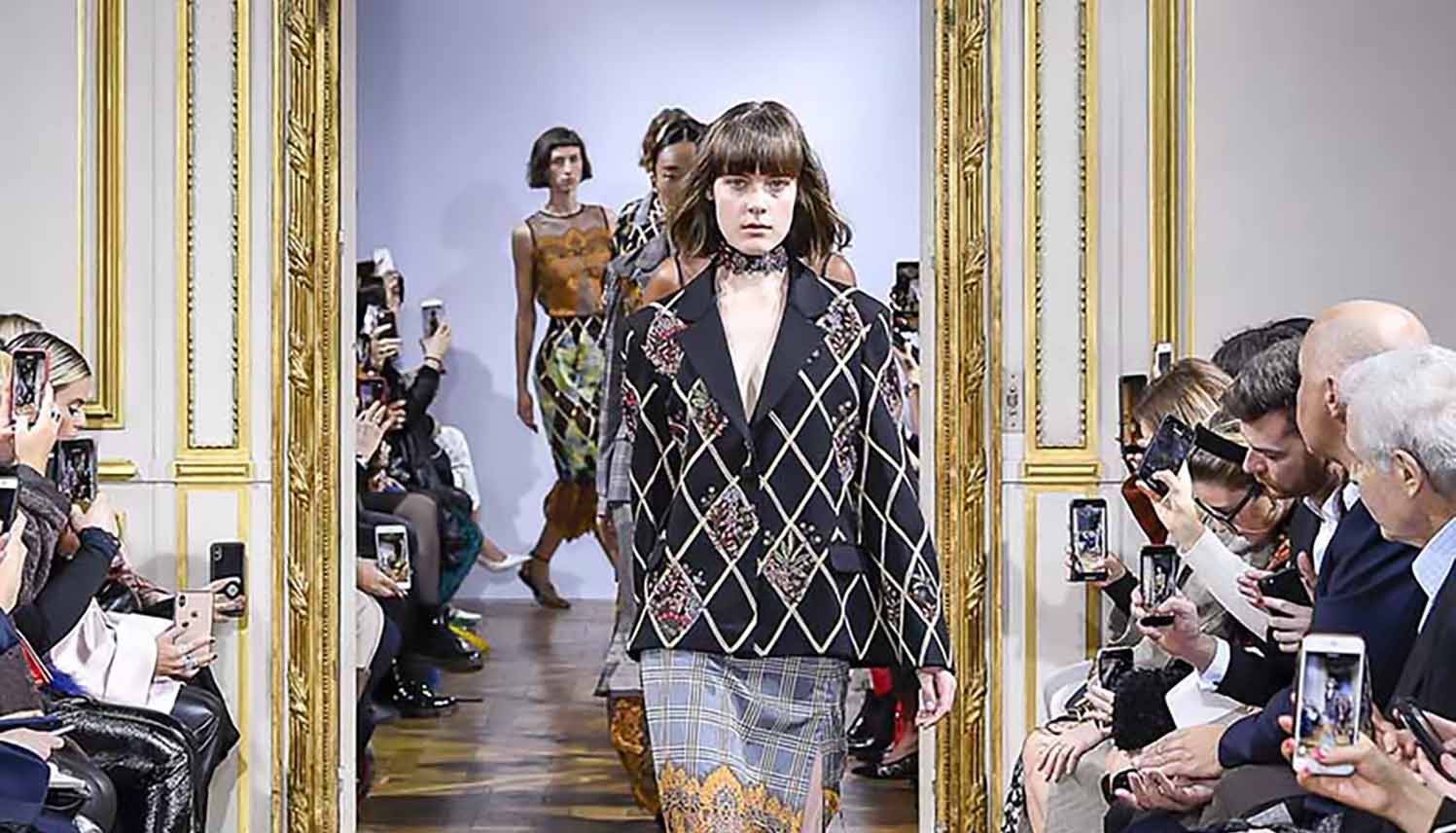 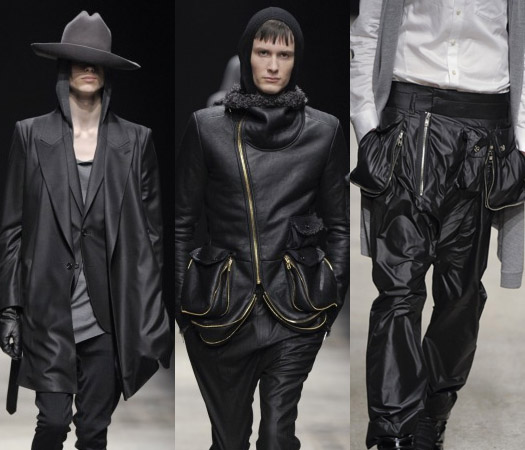