Jan. 26, 2011-PARIS-/FW/ It was a tale of two cities this season at Gaultier- one half of the audience seated in sections named after London neighborhoods, the other Paris. The French can-can dancer meets the London punk rocker. With Catherine Deneuve’s sensual voice narrating the name of each piece followed by an eloquent French description directly from the program, the audience was set for a real performance.

The collection was impeccable from the first look to the last. Gaultier proved to us again that his handwork is truly haute couture. With a balance of gowns and separates, the audience applauded regularly the incredible pieces that walked down the runway. The color palette was rich in black, red, white, marine blue, and playful prints. The models each wore an impressive headpiece that resembled a Mohawk and played upon the English punk rock theme.

Each piece was awe invoking with the varying silhouettes it created from the front, the side and then from its last glance from behind. Giant tulle petticoats over slim pants or a lacquered patent trench coat reminded us that this was Gaultier.

The final bride, who was actually male model Andrej Pejic, donned a curve hugging dress with rows of nude and sheer white tulle bands. The headpiece for this stunning finale gown was even more impressive than the rest- standing at least 18 inches high; the veil cascaded down behind it.

The icing on the cake- a real can-can dancer from the Crazy Horse named “Psykko Tycco”
who wowed us with her high-kicks and circle skirt all the way down the runway. In this Franco-British battle of a fashion show, Gaultier came out victorious. 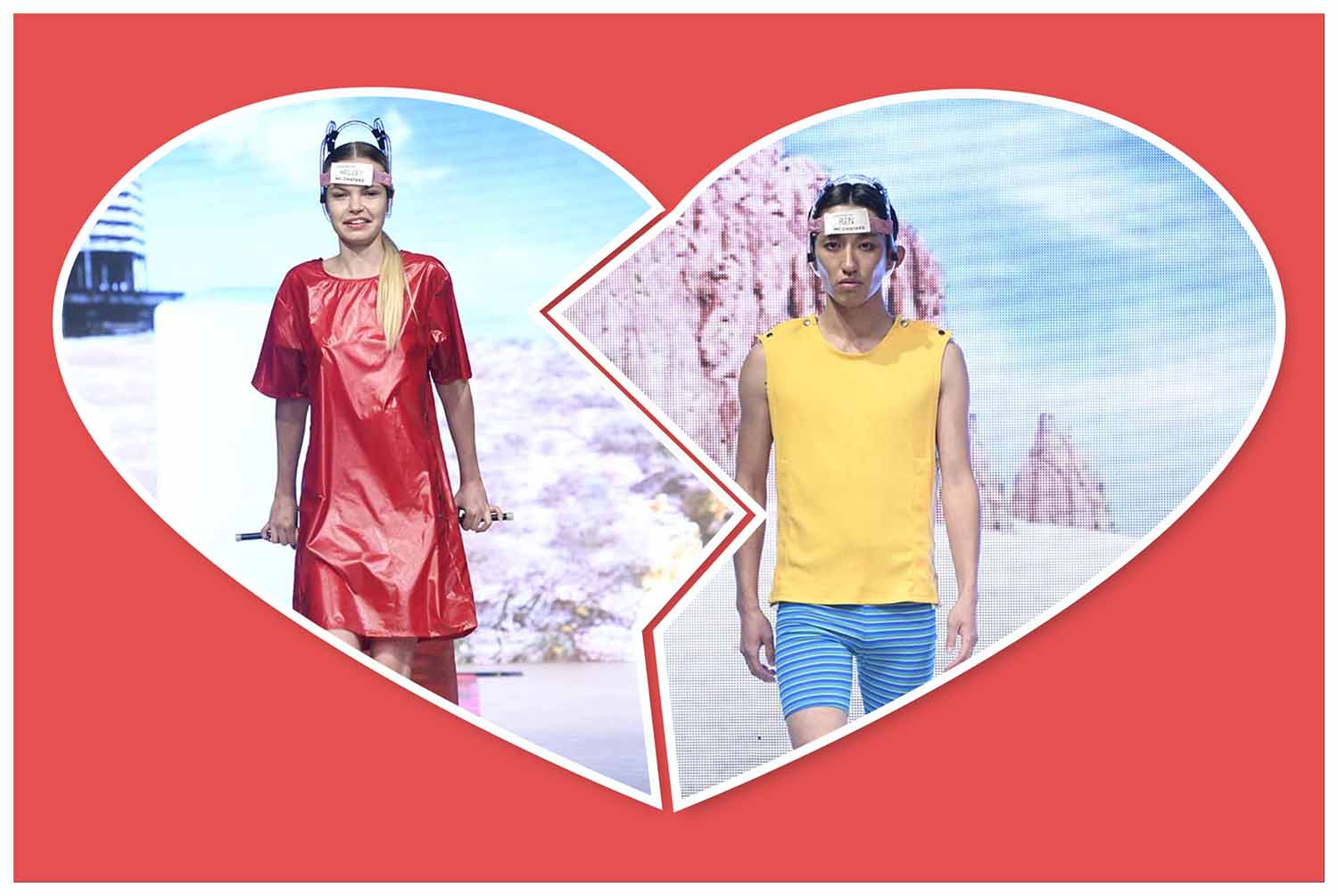 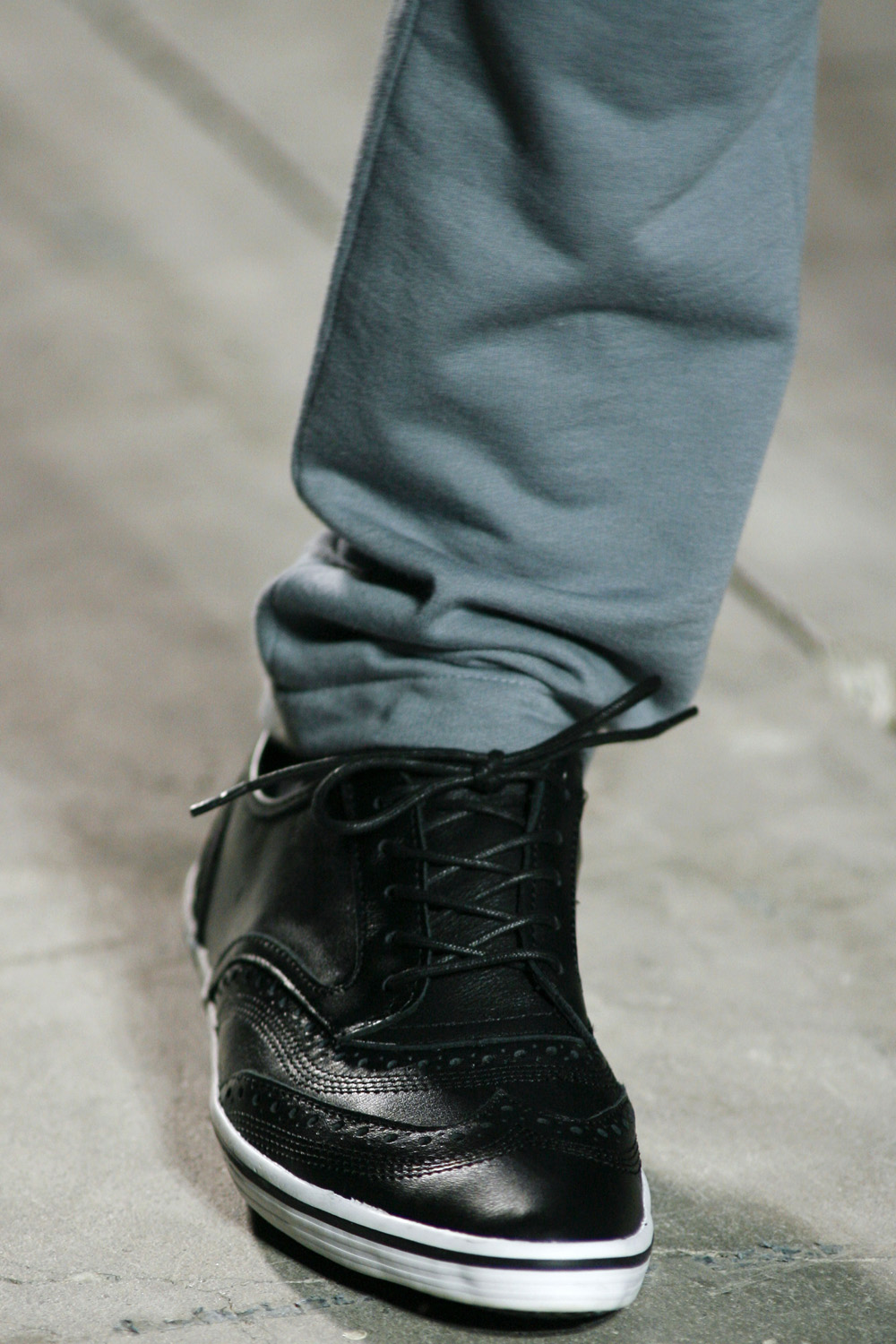