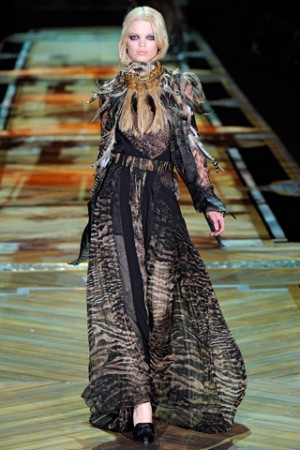 MILAN, Feb 27, 2011 / FW/ —   Roberto Cavalli, known for his rock’n’roll styles and curve-baring silhouettes, shifted his focus this season by playing with light layers to create a futuristic version of the Cavalli woman he loves so much.  Using silks, beautiful metallics, leather, feathers and fur, the future of the Cavalli woman is poised to take charge of her own style.

“I want to tell women that the time has come for each of them to become designers of their own look. I created clothes made up of many layers – soft and structured.

I want to express a new femininity that is already living in the future. My woman for next winter could become the ideal host who accompanies us on a shuttle, voyaging towards new worlds in Space.” Roberto Cavalli

And so, if the starting point was an armor of light, the Roberto Cavalli collection then gave us long loose dresses in devoré velvet, with baroque embroideries on laser-cut leather, jackets, and school-boy waistcoats made super-feminine by nipped waists and cuts.

Jackets in an oval shape were enriched by metallic embroidery that designed a stylized serpent shape on the borders and on the shoulders. The shine illuminated the lightness of the fabrics, and the dramatic color palette was highlighted by accents of azure and red.

The maxi length skirts and red-carpet-ready gowns in sheer printed silks had an air of shimmer as a thin thread of metallic gold ran through.  And underneath these beautiful sheaths was an armor of fully metallic sequin leggings.  The pants, which could easily be worn on their own, shone just perfectly through the flowing silk.

Using feathers and fur in strategic pairings, Cavalli created jackets and other details on pieces like tops and pants that spoke to this season’s trend.  His creation of the ‘wet look’ leather and veneered animal pellicules lived up to his iconic Cavalli rocker girl, particularly when paired with the gelled, stringy hair and dark, lacquered lips.

Gorgeous brocades and metallic beaded accents gave the pieces an air of baroque, but there was no escaping the darkness of the futuristic Cavalli woman. 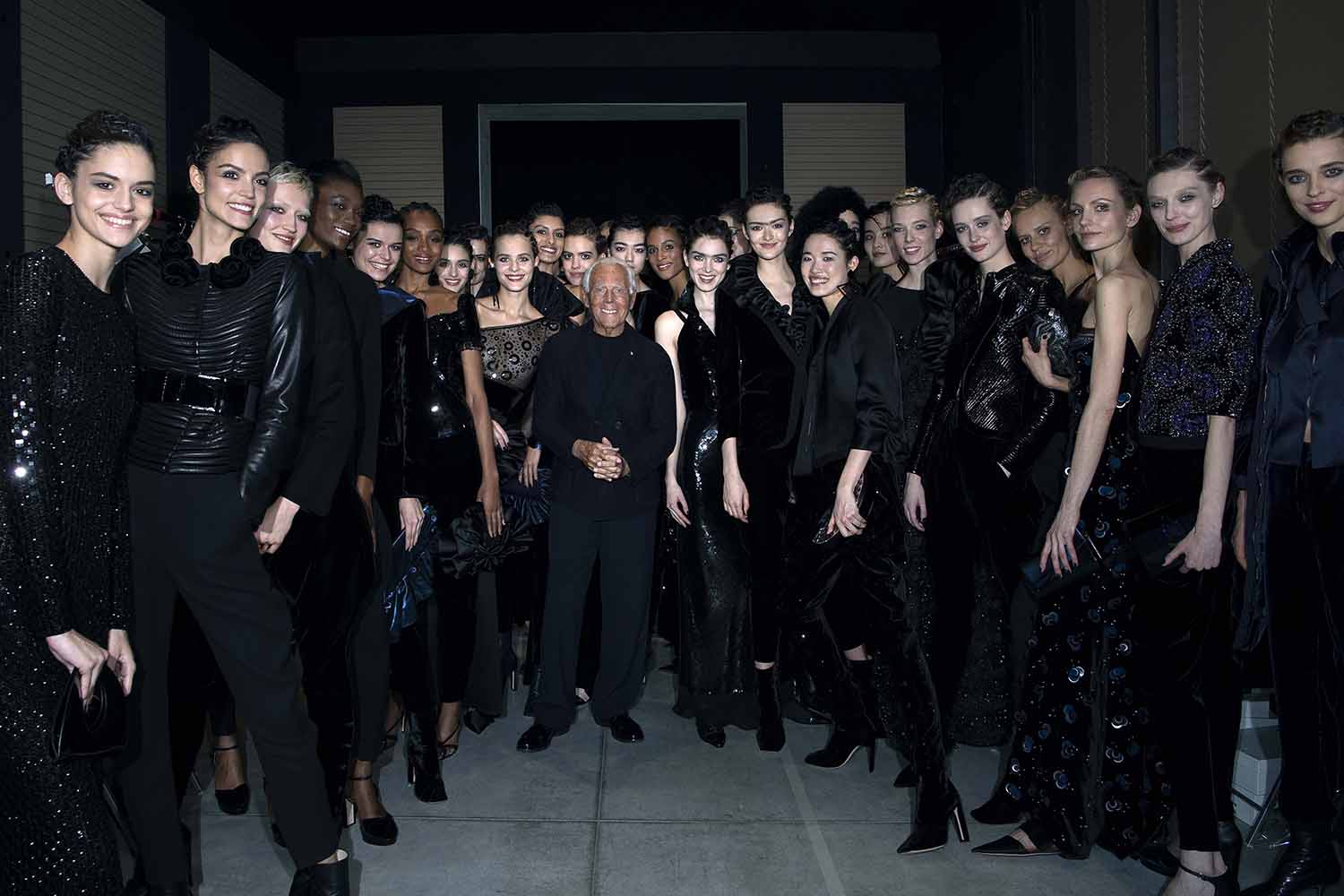 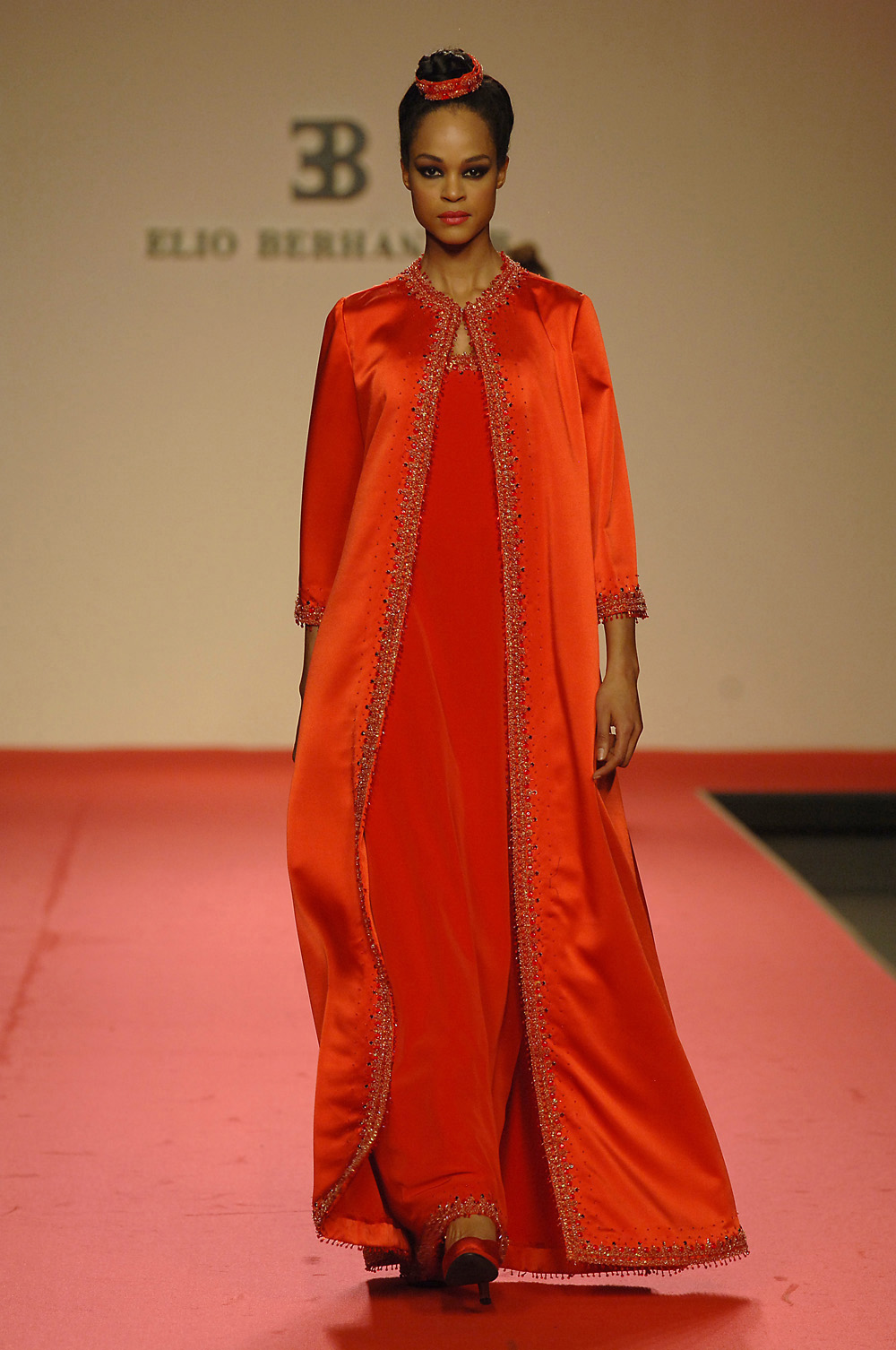 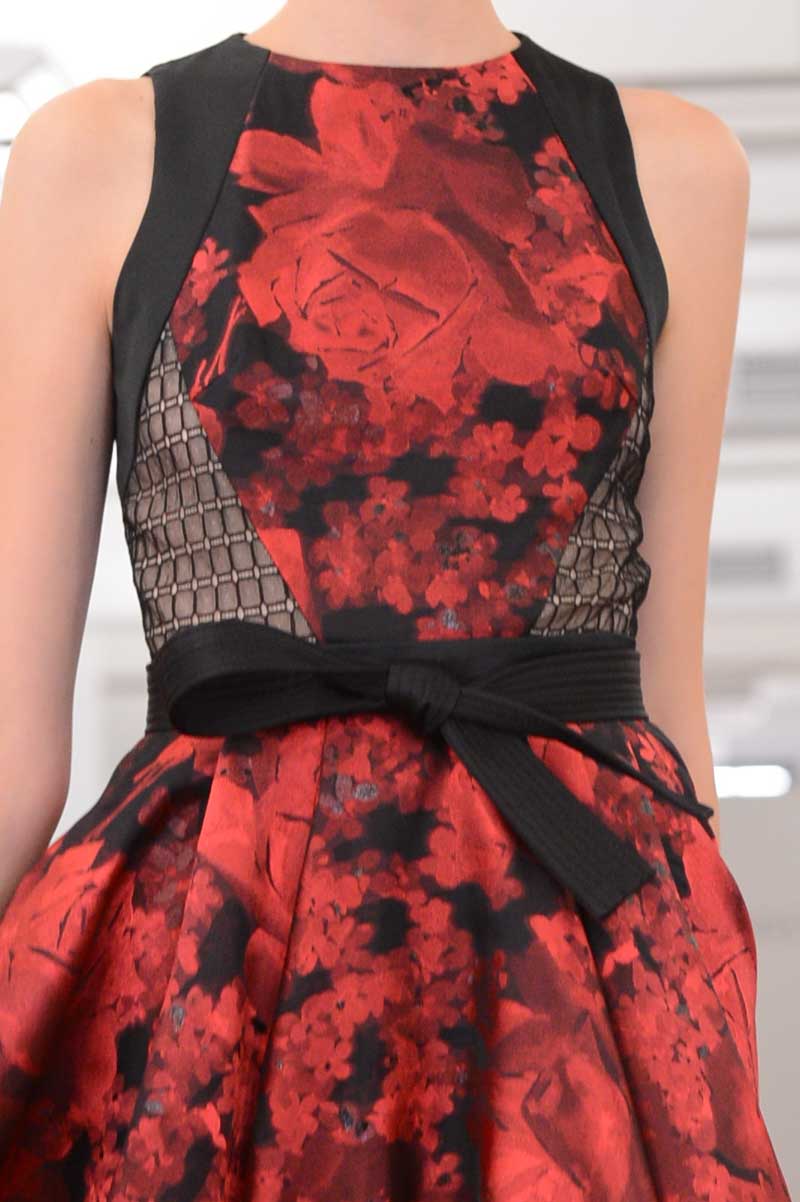