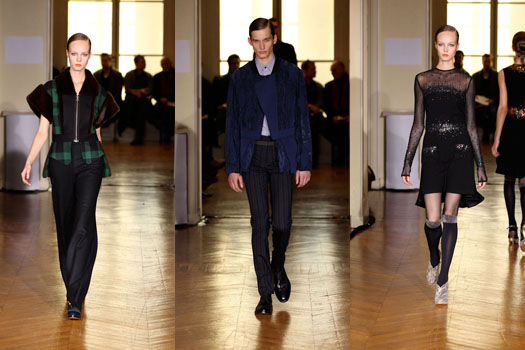 PARIS, Mar 11, 2011 / — Surprisingly tame is the first phrase that came to mind for us this season after the Gaspard Yurkievich show.  This, coming from the designer who generally evokes thoughts of rainbow bright colors and funky shapes, was a pleasant surprise.  This time around, we were told the modern day love story of Adam and Eve through the eyes of perfectly tailored suits, classy ensembles and subdued earthy colors.

Set in the prestigious Christie’s auction house off of the Champs Elysées, Yurkievich delivered the collection he promised us he would.  Through a series of connected rooms, he showed us an undisputably glamorous and impeccably tailored collection.  Women in classy pant suits with sky high stilettos, or slinky silk dresses adorned with rust-colored mink stoles, and all with a touch of bling detail, often masked by the monochromatic colors.

Suave and sophisticated, Yurkievich lived up to his spectacular reputation among the Parisian fashion industry. 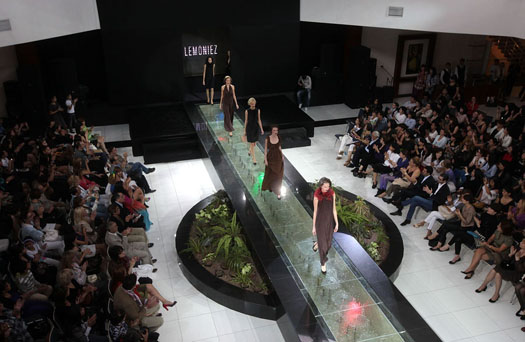