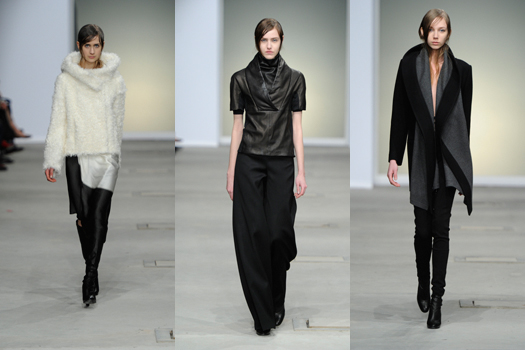 PARIS, Mar 4, 2011/ FW/ — A detail of the Spring Summer collection, light silk transformed into the sleeve of a trench t oallow movement also became the starting point for the Fall Winter collection.  The designer was inspired by the idea of using featherlight silk together with heavy cashmere and wool, letting them react with and contrast against each other.

Coats, jackets, and dresses were fluid in their movement and in their construction.  The jackets had a raw seam allowance left for the eye to see at the shoulder, and were cut into shapes creating an armour-like outline, elongating the silhouette.

Taking the idea of Soft Armour further, soft knits, pants, and accessorires were printed wtih a silver film t o create the effect of wearing pieces of armour. The simplest look of a knitted dress, cardigan and scarf turned into a Jeanne d’Arc from Mars.  Also, black and white graphic block prints and oversized stiching divided the silhouette into defined, geometric parts. 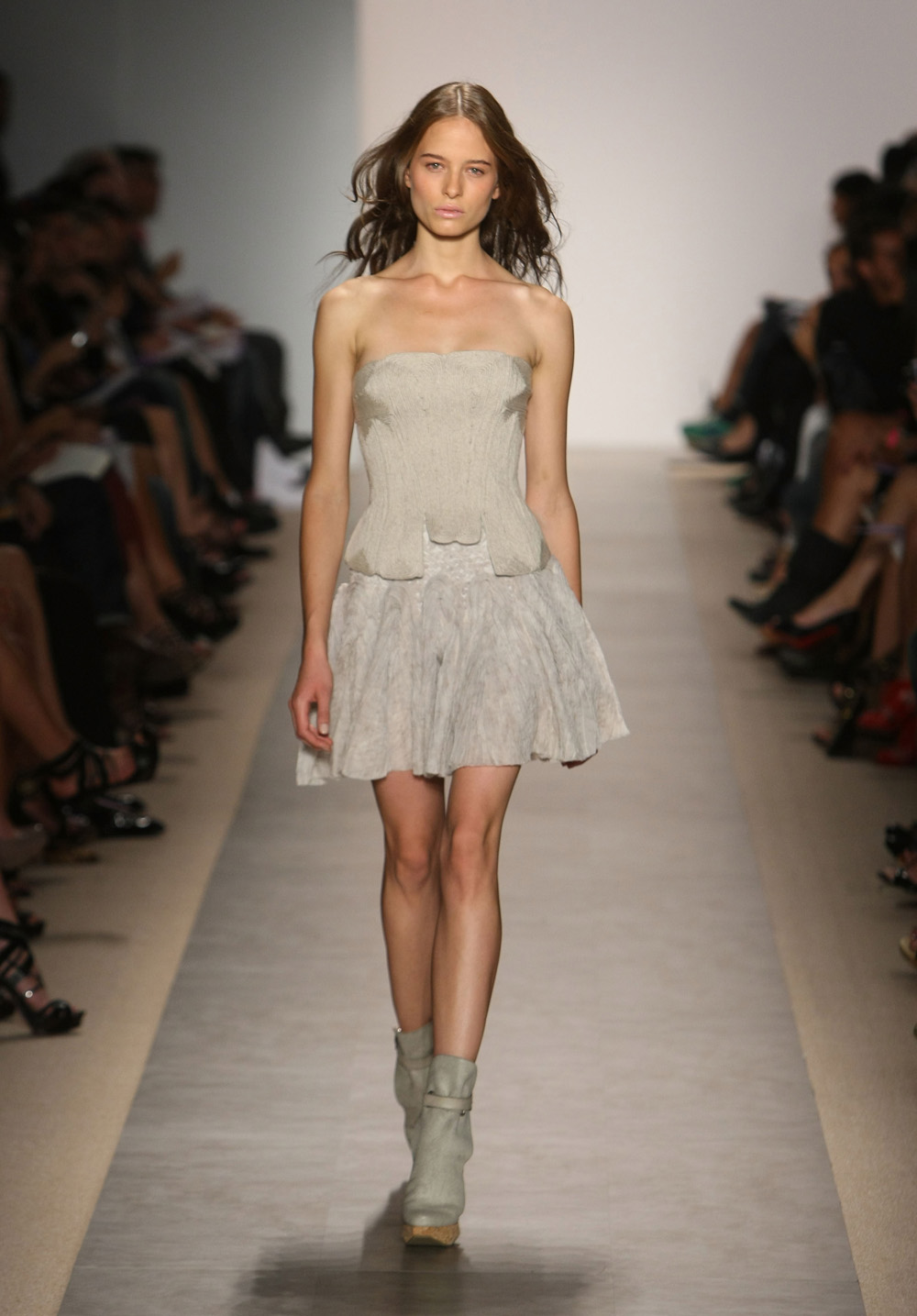 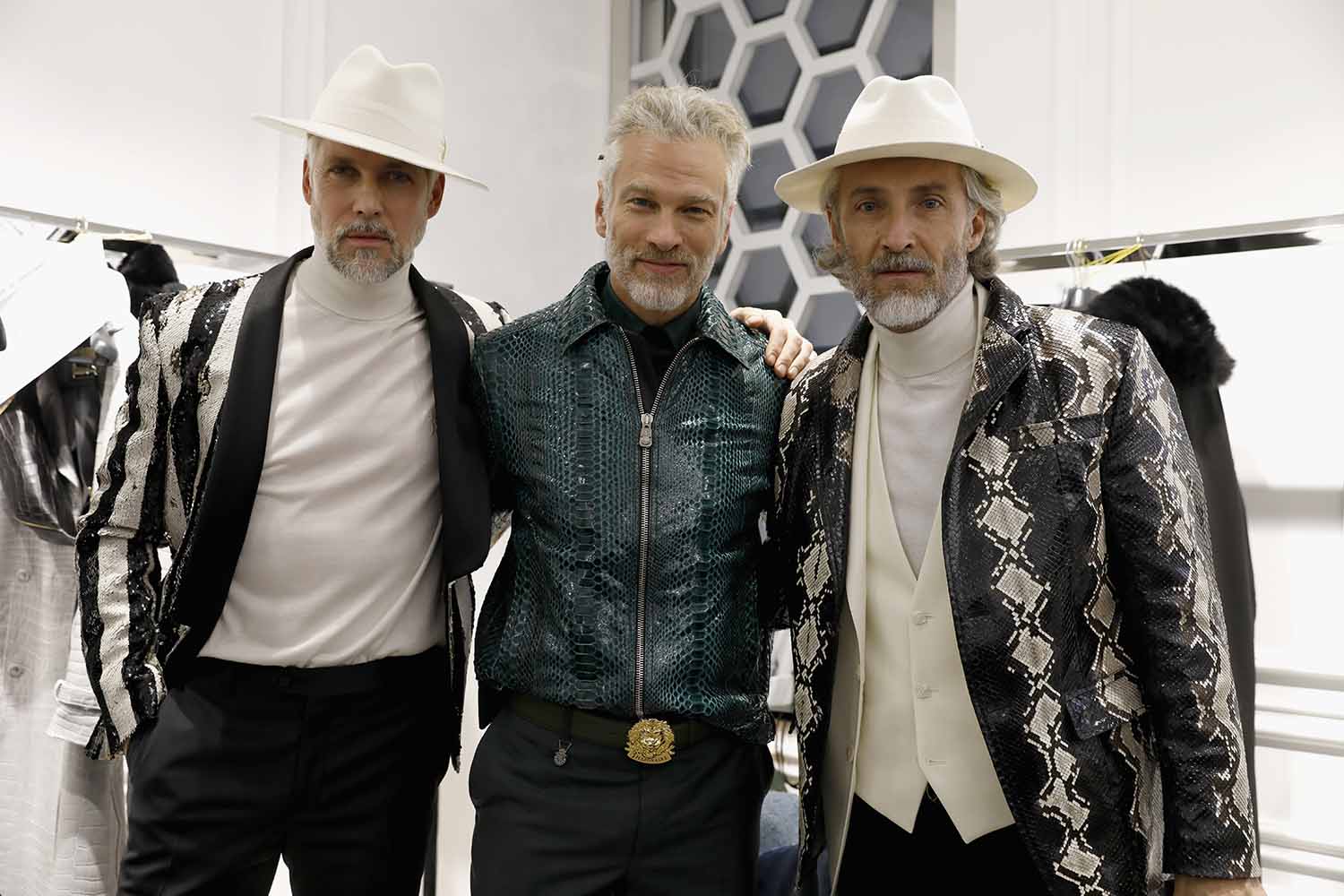 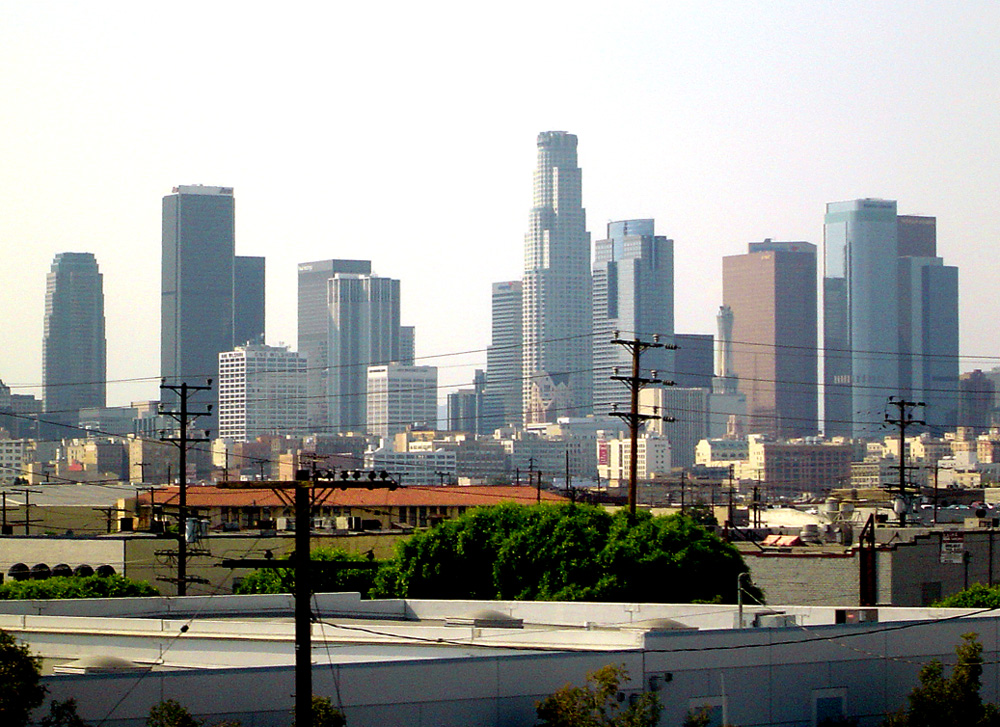