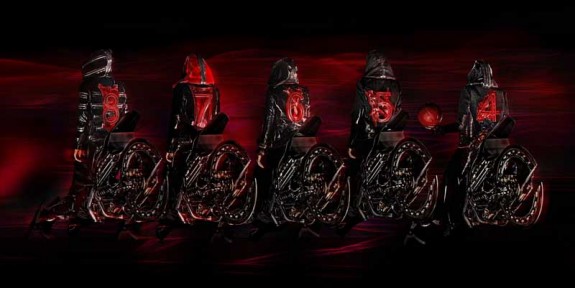 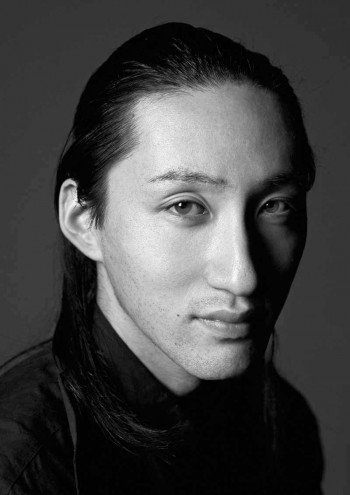 3D printing is a relatively new technology and Minneapolis-based Stratasys Ltd., maker of Objet500 Connex is a leading manufacturer of 3D printers and production systems for prototyping and manufacturing.

The concept of the collection is based on Nakazato’s vision of a neo-futuristic sport: “young street punks, riding on motorcycles, playing a basketball-like sports game in an underground dune stadium.”

For this imaginary game, Nakazato designed an original uniform and used the Stratasys multi-material 3D Printer to design bibs that combine numbers and images of human muscles, reflecting his artistic obsession with the idea of “clothing as extension of the body.”

Starting with the modelling of a muscle fiber for the bibs, he used rubber-like and transparent materials simultaneously 3D printed to enable the clear, soft and flexible parts. These were then colored to achieve the desired look and feel.

“Without the Objet500 Connex multi-material 3D printing technology, it would never have been possible to make these complicated geometries in such a short timeframe. I made two or three design iterations with the help of prototypes for each piece before it was completed,” says Sun. “The Objet500 Connex is perfect for this kind of creative, iterative manufacturing. It provides amazing 16 micron precision, the multi-material capability and a variety of material choices. 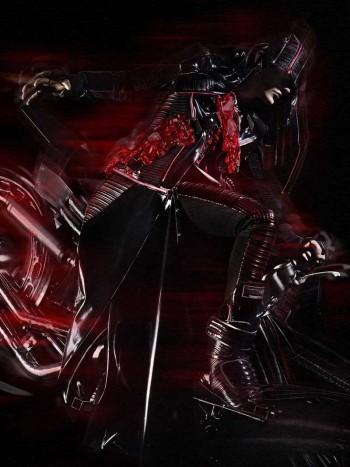 “Innovative technologies enable us to go beyond traditional limits. They will not only change reality, but also a world of imagination,” Sun explains.

Yuima Nakazato, a 28 year old Japanese fashion designer who graduated from the Antwerp Royal Academy of Fine Arts with an MA in fashion design, began building his career in 2009 with his first collection in Paris.

Since then, his name has been decorated with awards and accolades, including the Coccodrillo award for shoes, along with the International Talent Support Vertice Award for Innovation from Ann Demeulemeester’s company, BVBA”32.”

His professional fame was firmly established when he created stage costumes for Lady Gaga and world tour costumes for Fergie.

Nakazato agrees with Sun’s appreciation of 3D printing, saying, “3D printing is revolutionizing the industry. Traditionally, dress making is a short combination of planes and fabrics to make 3D shapes. But with more advanced materials available in the future, such as one with the feel of fabric, using a 3D printer we could create a dress of any shape instantly, just as it is imagined.

Nakazato continues, “I sometimes get an urgent order from the US for which a customer might say, ‘Send me this dress today. I have an award ceremony tomorrow.’ Currently, it’s impossible for us to meet her requirements because it would take days to make a dress and ship it to Hollywood from Tokyo. However, in the future when we begin making dresses with 3D printing, all we will have to do is to send her 3D design files by e-mail. She could 3D print it in Hollywood and make it to the red carpet the next day.” 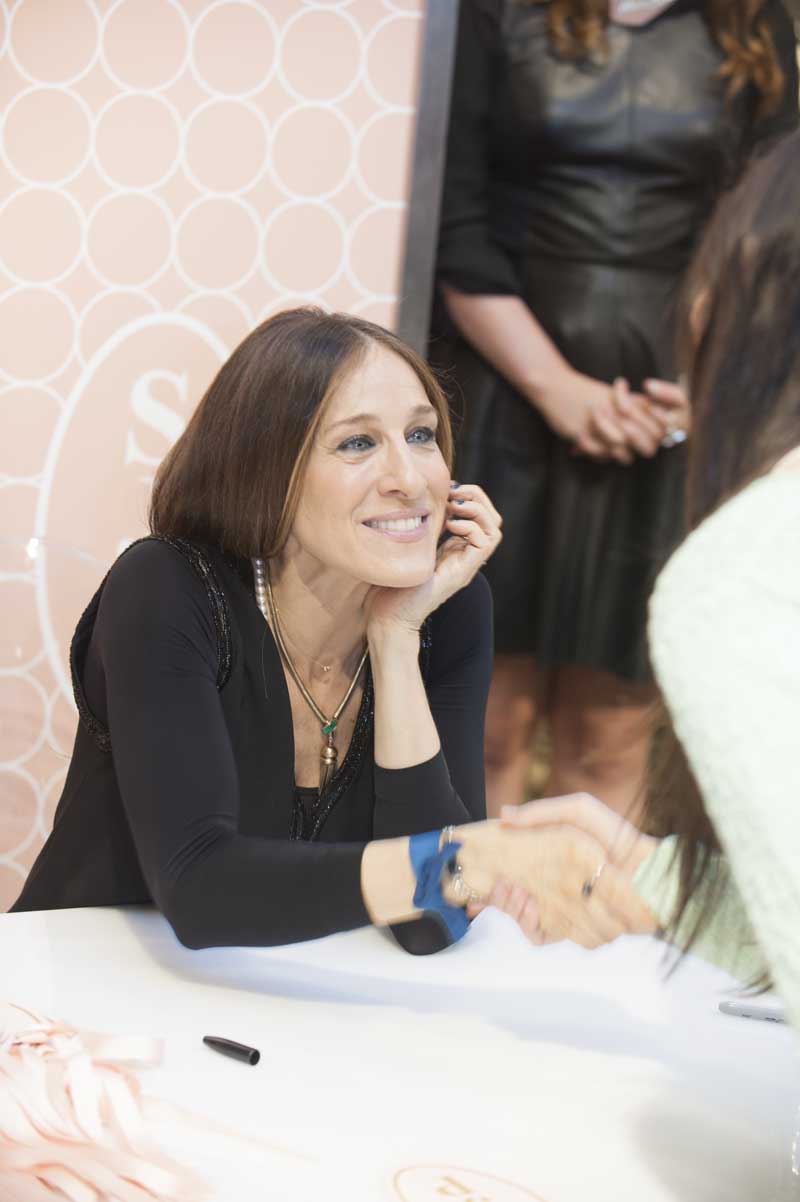 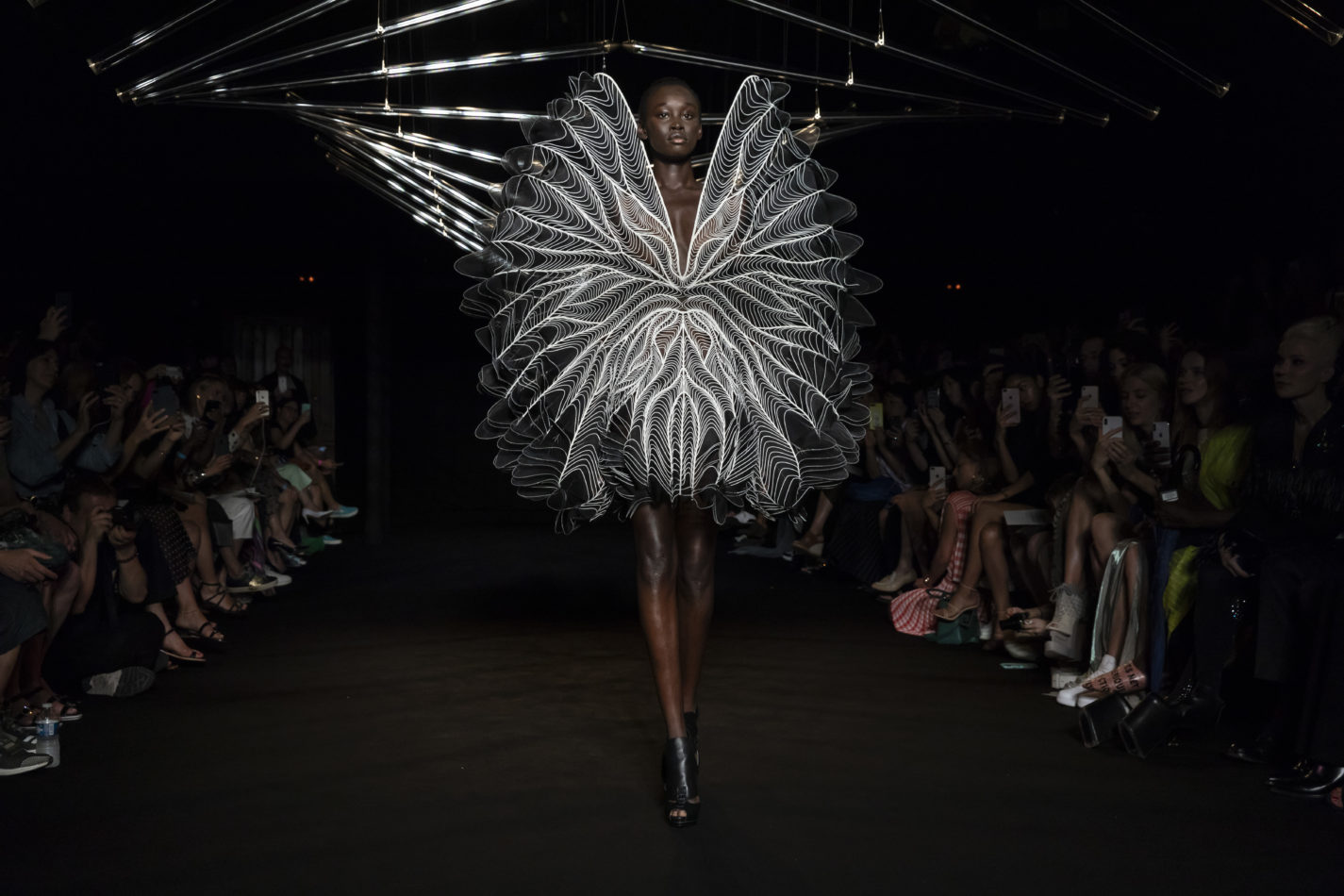