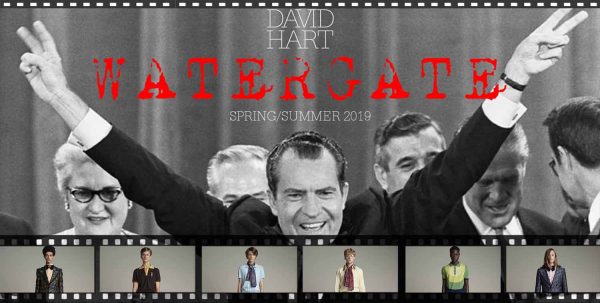 The press notes said that the [David Hart] Spring ’19 collection was inspired by the Watergate scandal, yet my first thoughts when I saw the collection was Saturday Night Fever and immediately pictured John Travolta in the suits with its oversized 1970s proportions and bright color palette.

Perhaps its because Richard Nixon belong to the history books nowadays but John Travolta’s “Tony Manero” is still very much a part of pop culture. Case in point, on June 12, 2018, the actor was honored with a John Travolta Day in Brooklyn. The ceremony, which was attended by thousands of fans was held in front of Lenny’s Pizza, a place made famous in the film “Saturday Night Fever” when Tony ordered two slices of pizza called a double decker and ate it as he walked away from the pizza joint.

Timeline wise, there was 5-year gap between the Watergate Scandal (1972) and the release of Saturday Night Fever (1977) but David Hart captured the feeling of the era. Irreverent and irresponsible with a touch of hopefulness for the future. After all, it was the disco era! And on a more serious note, it was also the end of the Vietnam War, Pres. Nixon’s gift to the American people – getting the U.S. out of Vietnam.

Yet come to think of it, Nixon also gave Merriam-Webster a gift – a new meaning for the word “gate.” When used as a suffix, it means a “scandal.”

The 1970s was four decades ago yet its legacy lives on. The David Hart “Watergate” collection with its “KNOLL interior inspired color palettes and embroideries by Céleste Mogador,” is eye-catching. Its refined silhouettes stand out in a season dominated by streetwear. And quite frankly, I find it one of the best collections of the season. 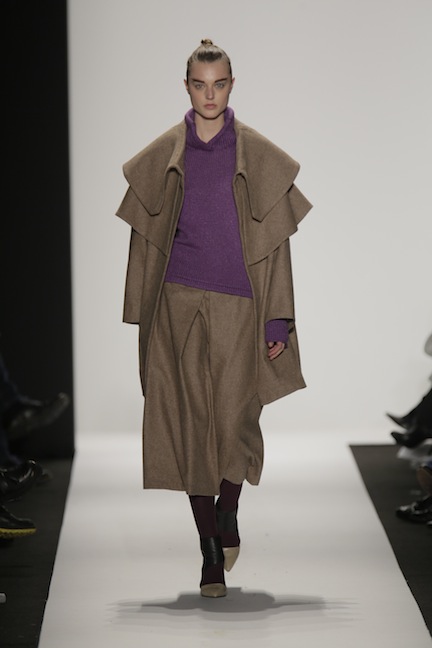 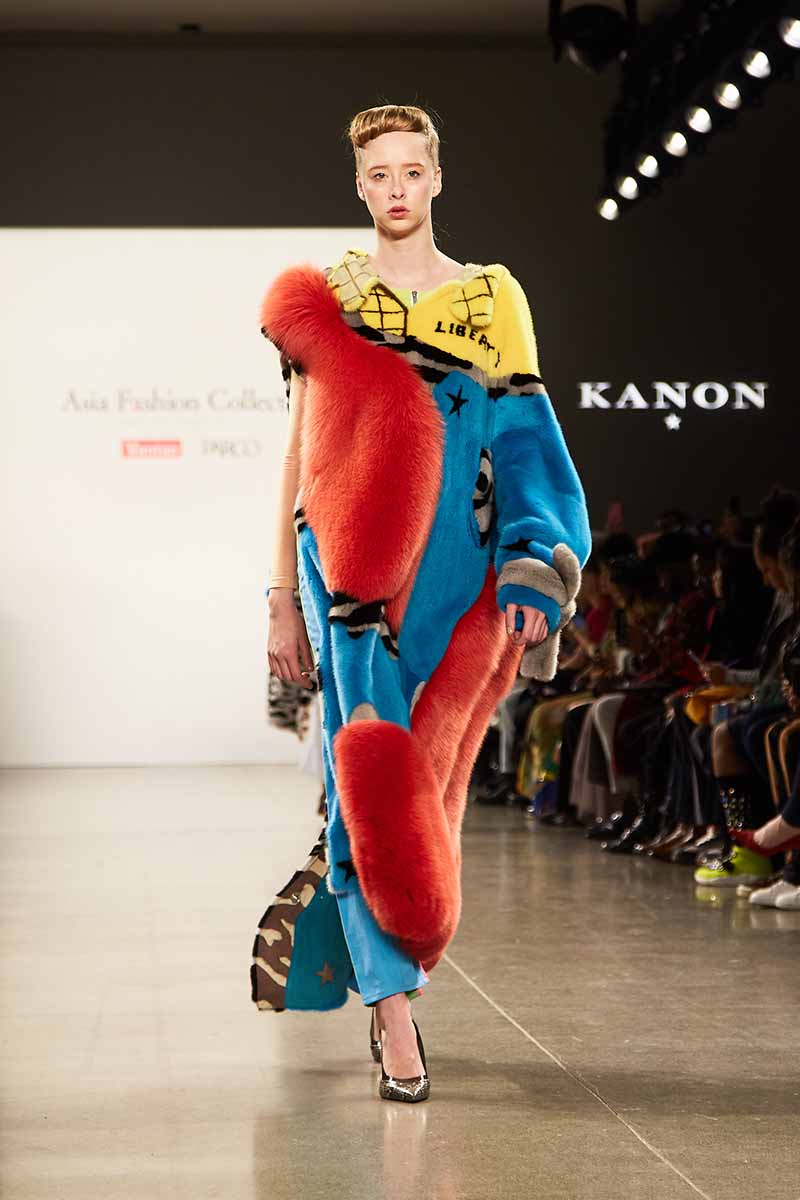 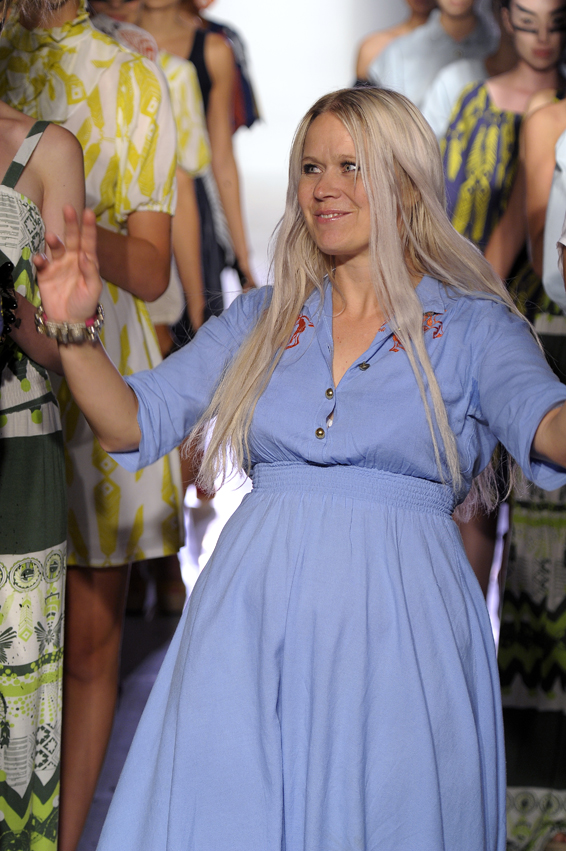