NEW YORK, Mar 8, 2008 / FW/ — Between all the cop shows from Crime Scene Investigations to those that borders sci-fi / fantasy like Moonlight and New Amsterdam, FX’s ‘Dirt’ starring Courteney Cox actually stands out though the subject might be unpalatable to many.

Courteney Cox plays the role of Lucy Spiller, editor-in-chief of Dirt Now, a tabloid glossy. Between Lucy and paparazzi photographer Don Konkey (played by Ian Hart), they have Hollywood celebrities by their cojones. With the tagline of ‘Fame has its price. She’s here to collect,’ the audience already have an idea how dirty it could be.

Yet, amidst the backstabbing and manipulation, Lucy Spiller and Don Konkey are actually very real people in the eyes of the audience. And although the TV series ‘Dirt’ actually shows the ugly side of the entertainment industry and the tabloid press, Courteney Cox and Ian Hart’s adept portrayal of their roles actually humanizes the people behind tabloid publications.

Even before the tragic death of Princess Diana, the paparazzi and the tabloids already have a bad rap. With Princess Diana’s death and the paparazzi being blamed partly for it, the tide of public opinion worsened. Still, even with that existing scenario, gossip is a moneymaker. Just look at the number of tabloids on the newsstands and grocery checkout stands. There seems to be a new name every week.

Still, the mere existence of a TV show based on the idea of the tabloid press is actually a sign that gossip, paparazzi and the tabloids are already part of our popular culture, which means that 100 years from now, when sociologists look into our society, one of the things that they will see is our generation’s preoccupation to gossip.

It’s not to say that the TV show ‘Dirt’ is not good. Actually, I like it not just because of Courteney Cox (whom I really loved in ‘Friends’), but because the storyline is actually straight from the tabloid headlines, with the names changed of course ‘to protect the innocent’ (tongue in cheek). I would actually recommend that you watch it, though with a rating of TV-MA (mature audience) I’ll also suggest that for households with children, please make sure that you watch it when the kids are not around.

Yet, as a journalist, I sometimes envy those who are in the ‘celebrity gossip’ business in terms of the money they make. Except for a very few, what a fashion journalist makes is peanuts compared to what a White House correspondent make.

Truth be known, with the current state of the fashion industry wherein almost every celebrity has a fashion line, and with fashion weeks treated as a form of entertainment, crossing over to the tabloid press for a fashion journalist is so easy. So why not crossover and make the big bucks, instead of just making peanuts?

As a fashion journalist, am I also being ‘judgmental’ the same way that my peers who write about politics or the war, even Wall Street dismiss fashion writers as nothing more than just entertainment without any real meat on it. Is writing for the tabloids journalism or is just to make a buck.

Actually, the season premiere of ‘Dirt’ mentioned that, with one character who has a journalism degree ‘lecturing’ a reporter for Dirt about writing. In short, whoever is the scriptwriter for ‘Dirt’ also knows how journalists in general look at the tabloids.

Like in any profession, there is a pecking order among journalists. Case in point – ask medical doctors and they will tell you that surgeons are paid higher than GP (general practitioners), and so on and so forth.

I am not questioning the pecking order. My question – how did fashion become part of entertainment in media terms? Corollary to that, how did fashion writers become classified as entertainment writers, and yet get paid less than those who actually write reviews about movies and TV shows, and cover the celebrity beat? 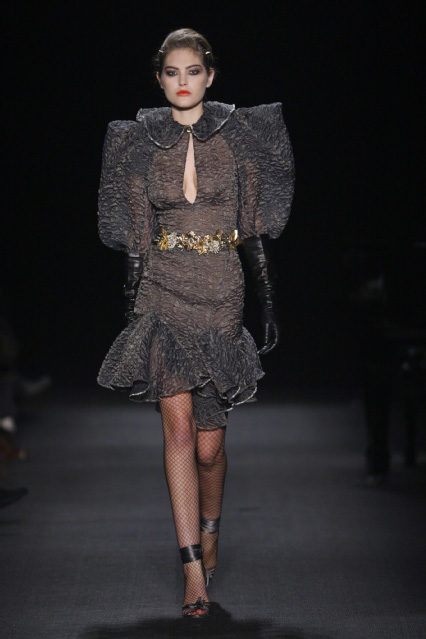