DALLAS, May 14, 2008 / FW/ — A trip down memory lane with Marsha Bentley Hale who shot these photos in September 2003 as part of her graduate studies. One of the foremost mannequin historians, Bentley Hale gave her insights both on the store window themselves and the use of mannequins in Barcelona’s Barrio Gotico.

Mannequins With Blank Canvas Look with a Dash of Wild Artistry

As I walked through the endless alleys and passageways, I noticed the headless mannequin was losing favor. Chalk-white mannequins with sculpted hair and features, with no makeup were to be seen in many windows. Variations of this were figures in a beige-tone. It was the blank canvas look.

In one of the rare large display windows, realistic mannequins were set in scenes of a locker room with an ambiance of playful sophistication. Sophisticated fun blondes were not far away.

Children’s clothes were colorful as usual but displayed on dress forms or once again headless figures.

There was a dash of wild artistry to the fashion portrayed in many of the boutiques. One pair of bellbottom jeans was slightly bleached with what appeared to be bullet holes strategically placed in the denim; beatnik, hippie or punk rock revisited. 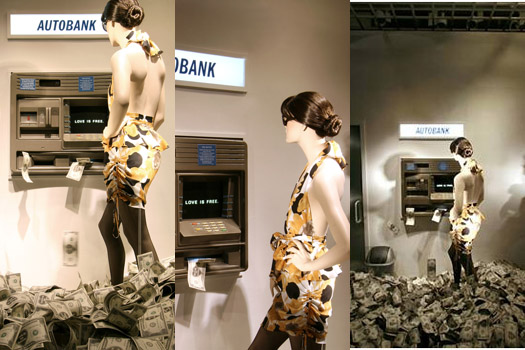 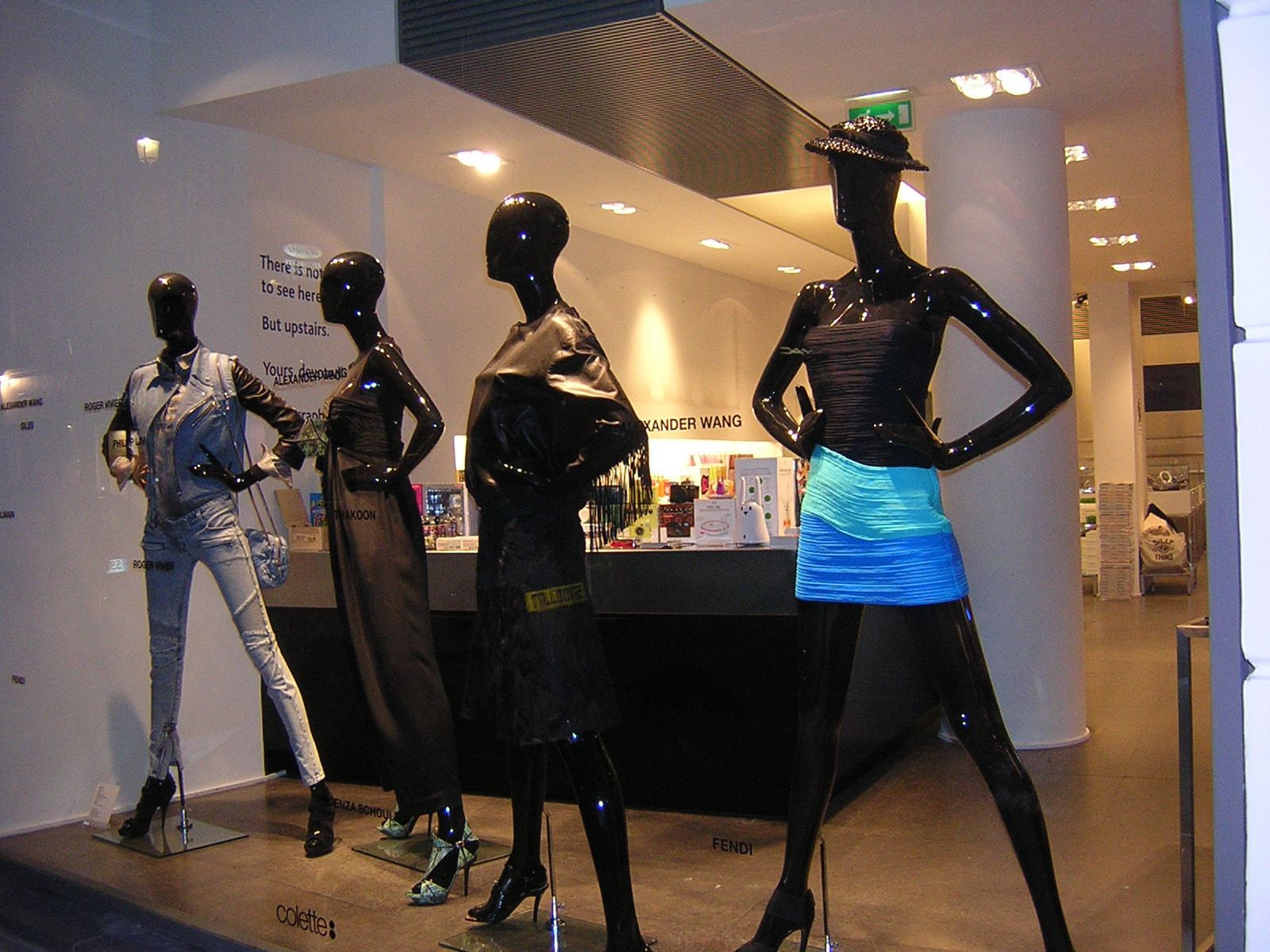