PARIS, Sep 30, 2008 / FW/ — Dramatic black and white, the models’ hair in tight pony tails, and dark extended eyebrows, Bruno Pieters’ vision of the futuristic trend that is sweeping the Paris runways is geometrically feminine that leans slightly to androgyny.

With an emphasis on construction and shape, Pieters cut the neckline deep, but instead of the traditional V-shape, he made it into a keyhole, then gave the mini dress white sleeves and white inserts.

Cape-like adornments were added on turtlenecks, while halters were also given high collars to cover the neck. Vests were turned into tops to and paired with slightly sculpted skirts. His coup de grace, tuxedo jacket worn over a white turtleneck blouse and paired with a pair of tight fitting knickers.

Not necessarily androgynous and definitely not sci-fi, there is also an atmosphere of futurism in the collection. Then, there is also that underlying perception, no matter how small that Charlize Theron’s Aeon Flux, a futuristic movie based on the MTV cartoon with a similar title, can wear the clothes.

Are we seeing the new silhouettes that will dominate the second decade of the 21st century? To borrow a line from a Microsoft commercial, it looks like ‘the future is now’ with Bruno Pieters. 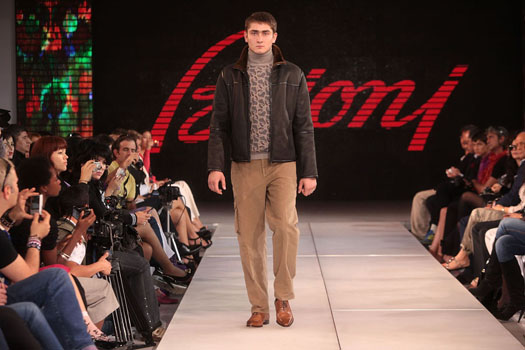 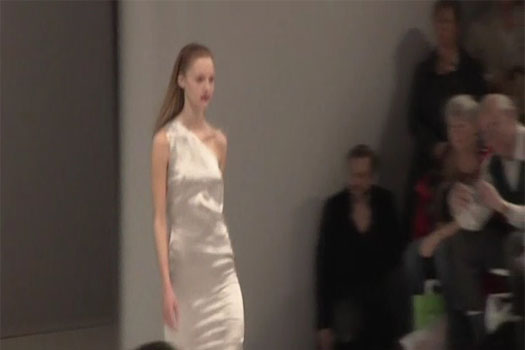