Announced last Friday, the British Fashion Council confirmed that the eight designers will show on calendar during London Fashion Week slated on Feb 20 – 24, 2009. This will see Mary Katrantzou, Mark Fast and Nasir Mazhar on the official show schedule for the first time.

Topshop continues its support of the New Gen scheme for the fifteenth consecutive season. Offering additional support to designers by providing show venues and commissioning special collections available during London Fashion Week, Topshop directly contribute to the business development of some of the most exciting design talents in London today.

Catwalk designer winners Peter Pilotto, Meadham Kirchhoff, and Danielle Scutt all received the award for the third consecutive season and are well on their way to creating successful fledgling businesses following in the footsteps of last season’s stand out designer Louise Goldin who has just been awarded the ‘Swarovski Emerging Talent Award for Ready to Wear’ at the 2008 British Fashion Awards.

Scutt’s inspiration can vary from the works of Helmut Newton to Playboy Magazine and Betty Boop and adopted that ethos that culture should be ‘popular, transient, expandable, low cost, mass produced, young, gimmicky, glamorous and big business’.

She has just shown her collection in both Delhi and Dubai as part of Chivas Fashion Tour. This will be her second solo show at London Fashion Week when she presents her Autumn/Winter 2009/10 collection in February, and the third time she will enjoy New Generation sponsorship from Topshop.

Louise Goldin is the British Fashion Awards 2008 winner of the Swarovski Emerging Talent RTW awards. She graduated from Central Saint Martins with a BA in Fashion Knitwear and went on to take an MA in knitwear, again at Central Saint Martins, from which she graduated with a Distinction. Further accolades to Goldin’s incredible trajectory include The Deutsche Bank’s Pyramid Award and the Chloe Award.

Goldin’s powerful silhouettes and body contouring defy traditional knitwear structures. Goldin meticulously researches new technologies between her studio in London and her factory in Italy. She debuted at London Fashion Week in 2005 as part of the Central Saint Martins’ MA show and was exclusively ordered by Selfridges.

AW09 will see Goldin’s third solo New Gen show. Her collections can be found in the world’s most prestigious boutiques including Maria Luisa, L’Eclaireur and Browns amongst many others.

This 27 year old Canadian born knitwear designer studied at Central St. Martins graduating with a BA and MA in February 2008. Mark has created knitwear for Bora Aksu, a collaboration that spanned 3 seasons. He loves to knit everything by hand on a domestic machine. He is inspired by the endless possibilities of lycra yarns and how they can create areas of tension and areas of volume over the body by mixing-in viscoses, angoras or wools. He is also greatly inspired by how historical costume and objects can be translated into a contemporary aesthetic.

His work is formed onto the body as he knits. He has created new ways to sculpt different volumes over the body by using different yarns and stitch techniques.

“I believe that in fashion these days there is a growing attention to craftsmanship, as opposed to quick-fix disposable pieces. I am focusing on timeless classics.” – Mark Fast.

Inspired by Russian Constructivism and early 70s movie poster references, her prints create the illusion of wearing giant neckpieces that would be too heavy to wear. Equipped with the valuable insight that she gained through working for Sophia Kokosalaki and selling her designs to Bill Blass. Her strength as a textile designer lies in her use of digital printing and her interpretation of colour and symmetry in creating graphic prints that have a hyperrealist aesthetic.

English Edward Meadham and French born Benjamin Kirchhoff graduated from Central Saint Martins in 2002. Their debut Womenswear collection for Fashion East was launched in February 2006 and the pair since won another show with the scheme and further new generation exhibition sponsorships. Their SS08 collection marked a turning point in the label, defining their aesthetic in incorporating a classic take on both bourgeois garments and hard street cultures. The woman they design for is uncompromising, nonchalantly elegant, intelligent and melancholic.

Meadham Kirchhoff sells to Browns Focus in London, Colette and Maria Luisa in Paris, Opening Ceremony and Curve in both New York and Los Angeles and Space Mue in Seoul.

25-year-old Nasir Mazhar from East London is a hatter obsessed by the history of headwear and sculptural forms. In February he will for the first time be showing on the main London Fashion Week schedule with New Generation sponsorship from Topshop.

His pieces are portable architectural interventions which strike at the chore of our embodied sense of self. What they achieve is to alter the dynamic circulation of identity, by means of a form of sculptural surgery which understands the weight that corporeal intensity bears upon our everyday life. He feels that every modern hat you see comes from the past.

You could say the baseball cap comes from a jockey cap worn by a Russian princess in the 1760s. The earliest cap was a black leather six-section crown with a foot long peak, black leather lined with white kid. The basic shape not that different to the six-section short peaked cap we love to wear now. He feels that headwear goes back forever, even from man’s earliest pursuits, from ploughing fields, playing sports and hunting!

Austrian born Peter Pilotto and Libyan born Christopher De Vos are the designers behind the Peter Pilotto label. The design duo met while studying at the Royal Academy of Fine Arts in Antwerp. Their customer is timeless and ageless, and it is her spirit that attracts her to mix colour and prints that are intrinsically Peter Pilotto.

The pair are entranced by the richly decorated costumes of the 1920’s Ballet Russes, the illustrations of Leon Bakst, medieval Page Boys, Byzantine Churches, warriors of ancient Rome and back to a much further future -science fiction. Peter Pilotto now sells at Colette in Paris, Matches in London, Opening Ceremony in NY and LA, and other leading stores worldwide. 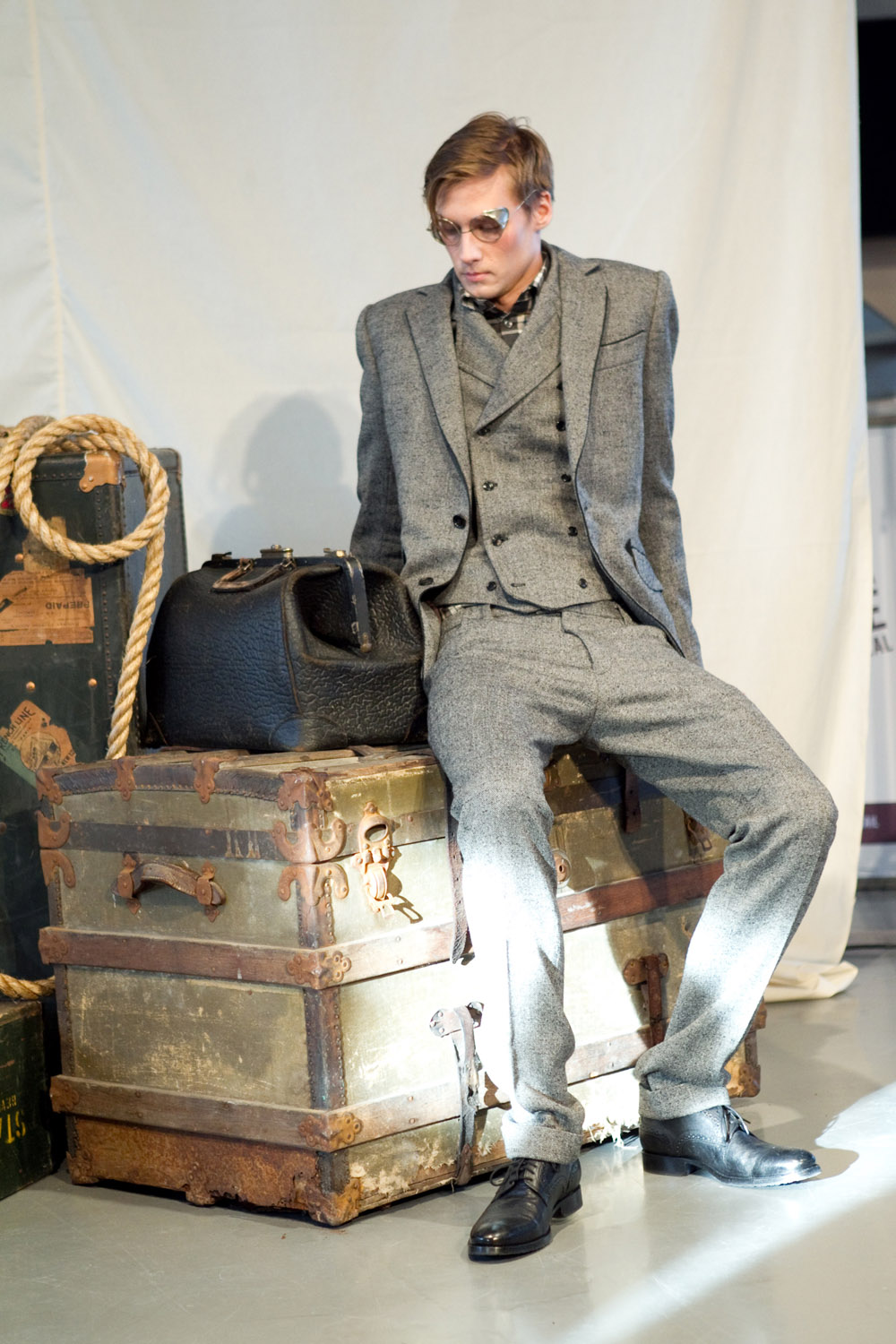 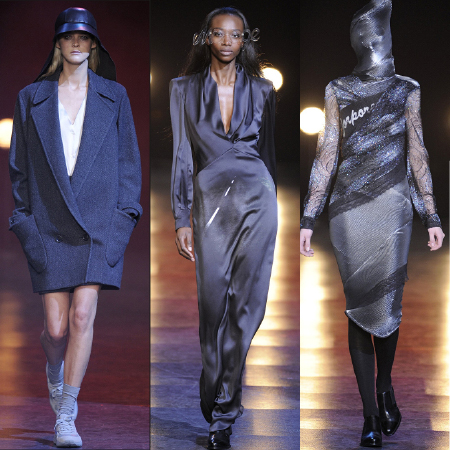 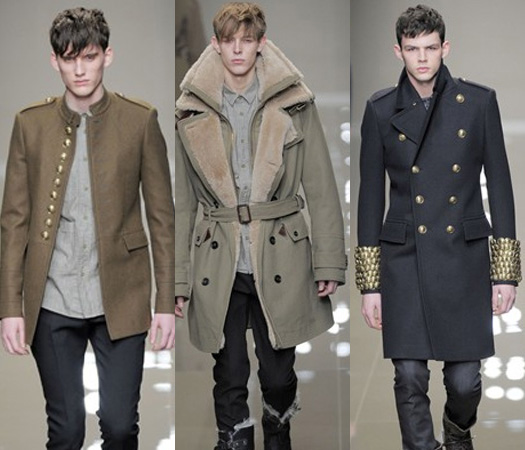