NEW YORK, Sep 1, 2009 / FW/ — A little over a week before Mercedes-Benz Fashion Week starts, Custo Barcelona announced that it is moving its catwalk show from the Promenade to the Tent to accommodate the high level of interest from the press and retail buyers for the label.

In a time of downsizing and cutbacks, this expansive move by Custo Barcelona belongs to those little nuggets of signs that there is actually a light at the end of this long global recession, on the macroscopic level.

In the microcosm called Custo Barcelona, it means that the label is expanding even in a midst of adverse conditions, demonstrating how strong the brand is.

“The runway is experimental for us. Where we introduce new techniques, take risks, and have fun,” states Custo Dalmau, as if it is explanation enough for his decision to move from a smaller space to a bigger one.

Dalmau who shows at least twice a year in New York, then travels all over the world to introduce the latest Custo Barcelona collection, has always been a risk taker.

After all, it was in world tour riding a bike with his brother that the siblings came up with the idea of Custo Barcelona. From that first t-shirt, they built a fashion empire! In short, deciding to move next door to hold a fashion show is just something that Custo Dalmau would do simply because he can! 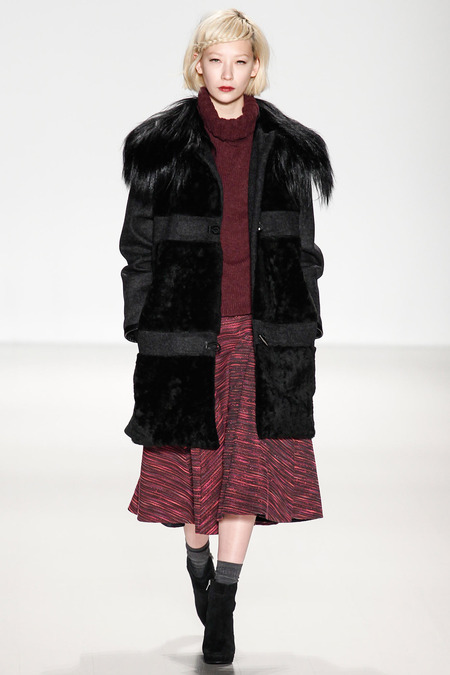