PARIS, Oct 7, 2009 / FW/ — Streamed on the internet, web surfers compelling images the same time that the fashion crowd at the Bercy Sports Complex in Paris witnessed the new collection by Alexander McQueen.

At this point in time, it is hard to decide which one got a better view, the ones watching the show on their computers who were literally looking at the collection like they were sitting front row or those of us who had to sit behind a tall man and crane our necks to see what’s on the runway.

Yet, no matter how you were watching the show, the verdict is the same; it was exciting, stimulating and dazzling. It was a mixture of technology, fantasy, even sci-fi; but it was also real, of today and reachable to mere mortals.

Sculpted mini dresses that feature tiny waists, the skirts proposed as A-line or balloon-shaped. Sometimes the skirt looked like oversized ruffles, perhaps a reference to the Victorian period, but the take is so futuristic.

There were also some allusion to the Elizabethan period, seen in the page boy shorts and sculpted shawl sleeves. Yet, the most compelling is the slim gray jacket wherein the front is cut like a squiggly letter H. The lining is the same fabric as the mini shift dress; hence it was easy to assume that the coat was being proposed as a matching piece. 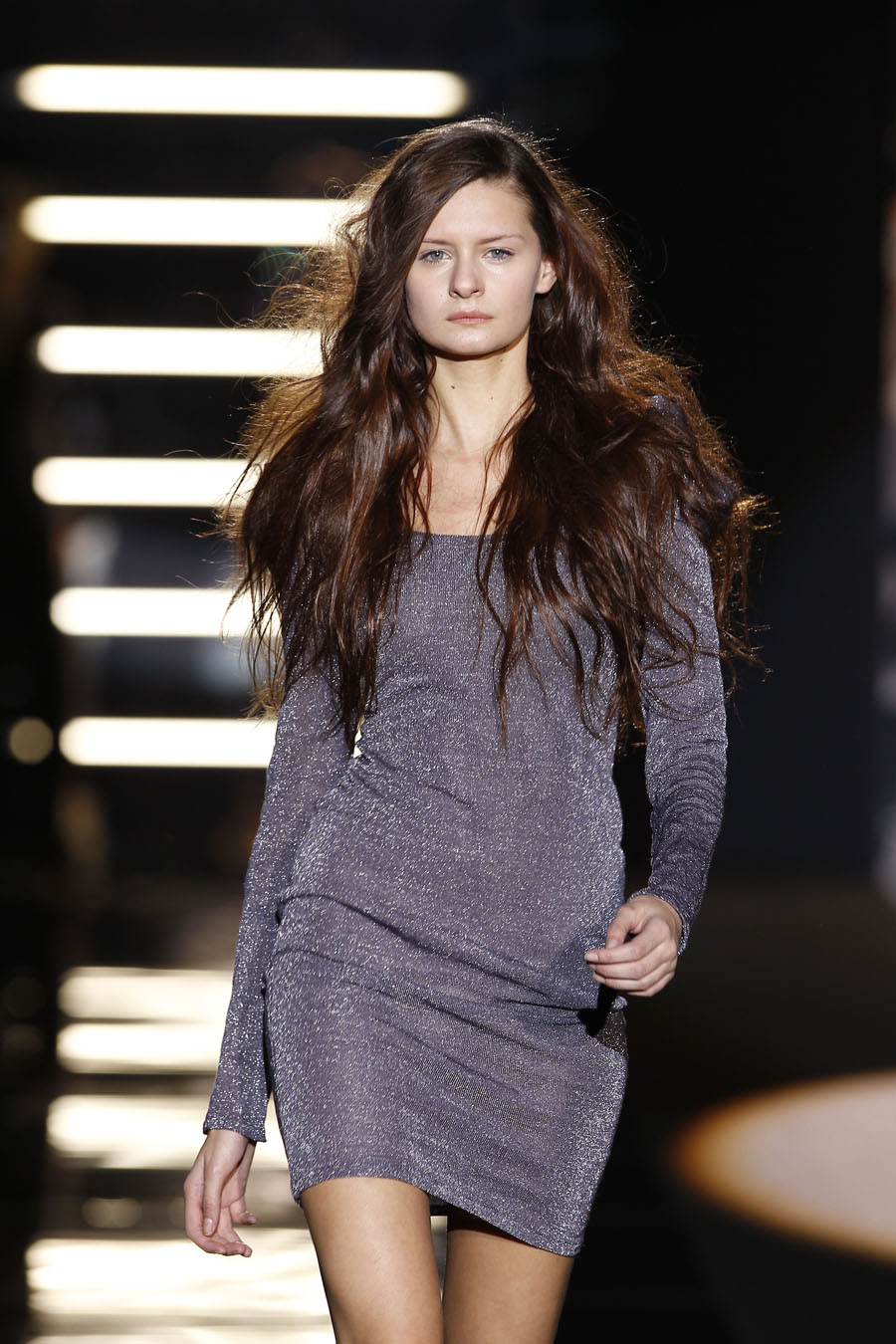