“The Diabolical Axe,” “The Mummies of Guanajuato” and “Saint vs. The Vampire Women” – these are some of the movies that have in large part inspired this collection. The predictable plots or archetypal vision of good and evil make the Mexican wrestler movies of the sixties and early seventies veritable kitsch gems.

What most interested me is that these movies are filled with a mixture of easily identifiable symbols that mix the regional with the universal, and the traditional with the new. In this collection, I have taken back these iconographic references, both those most purely Mexican and those taken from the stories of American super-heroes, and I re-interpret them through a perspective of humor.

Though on this occasion I have used other materials such as leather, knitwear is the star of the collection yet again. Graphic works in jacquard and woven structures which instil delicacy, including linens and viscose with slightly shiny finishes, and the use of materials such as cotton for protective, warm garments.”

A native of Galicia, Marta Montoto she began her fashion studies in 2005 at ESDEMGA (Advanced Studies in Design and Fashion of Galicia), a school located at the University School of Fine Arts in Pontevedra.

There she chose to specialize on KNITWEAR and oriented her creative work towards the research and development of new fabrics and structures, always with a focus on the use of color, graphic designs and an entertaining perspective.

In March 2008, she began an internship at Armand Basi, and then in November she returned to her region to culminate her studies there with a final project titled “Les Enfants Terribles”: an ironic and mischievous view of the not always easy task of leaving behind childhood. 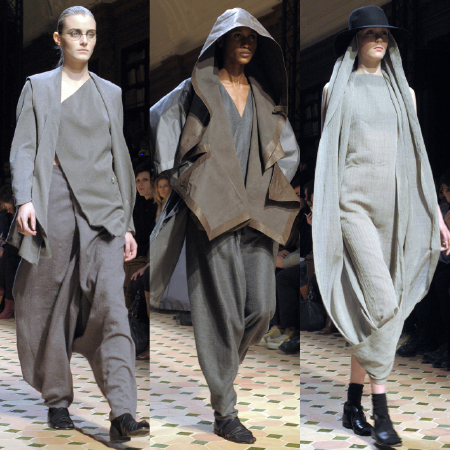