PARIS, Jan 30, 2010 / FW/ — Historically, haute couture is the laboratory of fashion, where new cuts and new techniques are developed. Adeline André is that kind of couturier who dedicates her efforts in the advancement of the design and silhouette.

In a very intimate setting in her atelier, Adeline André held an unusual catwalk show wherein she and an assistant actually dress the model in front of the audience!

A model comes out wearing a white muslin mini dress. The first “dress” goes on top of the white muslin, a mint green gown, followed by yellow and then red. This procedure was repeated 9 times, representing different colors and style and worn by different models with different body types – thin, tall, petite, plus size, young and mature.

At first glance, it looks like Adeline André is trying to demystify how haute couture dresses are actually made. But, on second glance, there were more questions than answers. Instead of demystifying, it became more mysterious in the sense that the audience really cannot understand how a dress can be made without seams.

Add the fact that they actually saw the model being dressed; that it was done seamlessly without any hitches proves Adeline André’s genius. 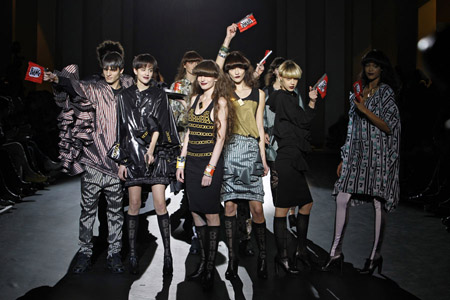 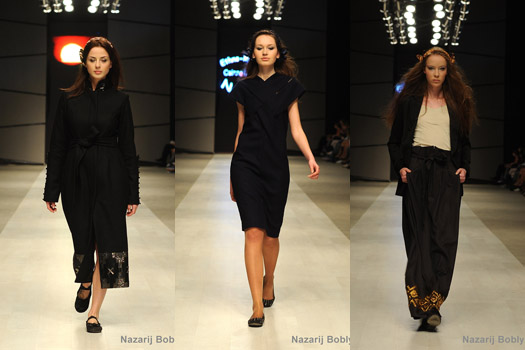