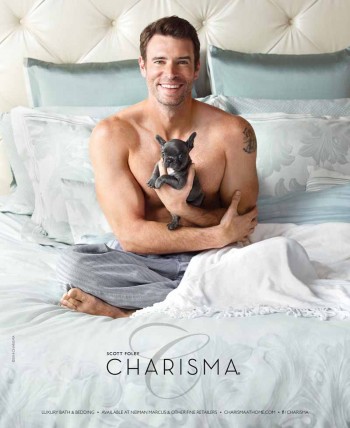 For the Fall / Winter campaign, the handsome actor is captured in a series of playful images with a new co-star – a puppy – atop a lavish Charisma bed.

“I challenge you to wrap yourself in some Charisma sheets and not feel luxurious,” stated Scott Foley. “My family and I have Charisma bedding at home, and my wife refuses to sleep on anything else.”

The Charisma marketing campaign starring Foley will debut in November issues of lifestyle and shelter magazines, including Elle Décor, House Beautiful, InStyle and more. The campaign will also be featured online.

The campaign was shot in Los Angeles, CA