You’ve probably never heard of her, but Christelle Kocher has been working behind the scenes of the fashion industry for years, shaping the identity and the image of the biggest European brands, along with the one of her own label, Koché. During Paris Fashion Week Kocher has just unveiled her FW19 collection, featuring a pretty exciting surprise, a collaboration with Nike.

After her degree at London Central Saint Martins, Christelle started working for the biggest European fashion houses: Giorgio Armani, Martine Sitbon, Chloé, before joining the creative team of Dries Van Noten. Kocher was a close collaborator of Tomas Maier during his years at Bottega Veneta. At the same time, Kocher was asked by the brand new Chanel creative director Virginie Viard, to resurrect the feather workers Lemarié, one of the Chanel Maisons d’Art, prestigious French artisan craftsmen. Without interrupting her collaboration with Coco’s Maison, in 2015 Christelle founded her brand Koché.

During the FW19 show, Koché brought on the catwalk 11 outfits created in collaboration with Nike. The famous Swoosh first appeared on a pair of classic black bike shorts, worn with a sequin blazer. The show continued with basic black sports bra, wide pants inspired by the tracksuits paired with feather tops or multi-layer tops with a long train. The stand out piece was definitely the final dress, a kind of patchwork design made of a series of different fabrics and colourways. Nike according to Christelle Kocher is ultra feminine, often romantic, without renouncing more sporty looks.

The collaboration is timed to the 2019 FIFA Women’s World Cup, which is being hosted by France this June. After Martine Rose, Yoon Ahn of AMBUSH and Rei Kawakubo of COMME des GARÇONS, Christelle is the latest woman designer to collaborate with Nike on a capsule collection. 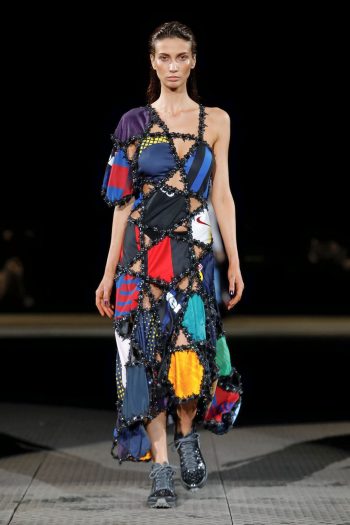 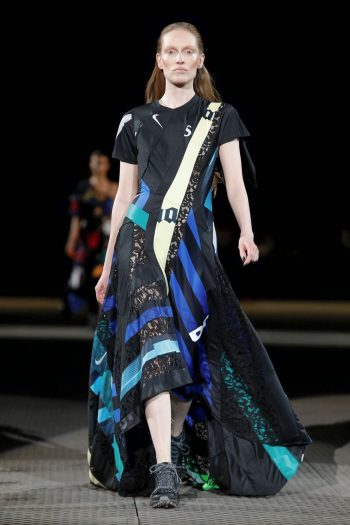 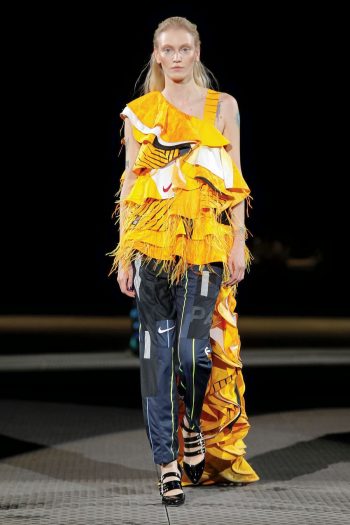 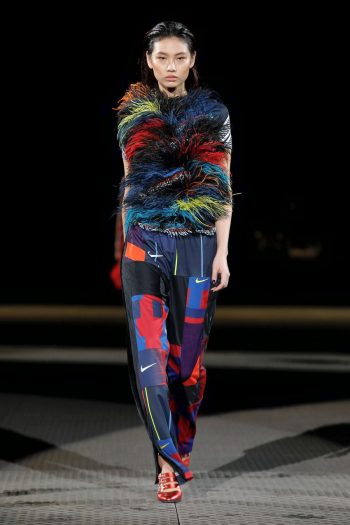 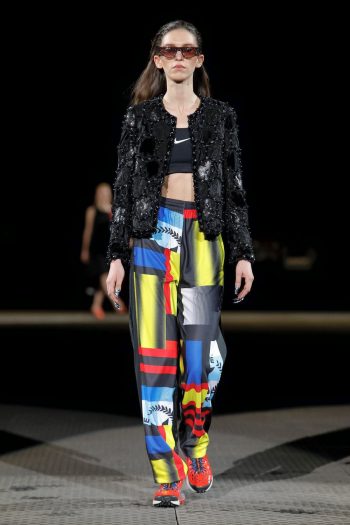 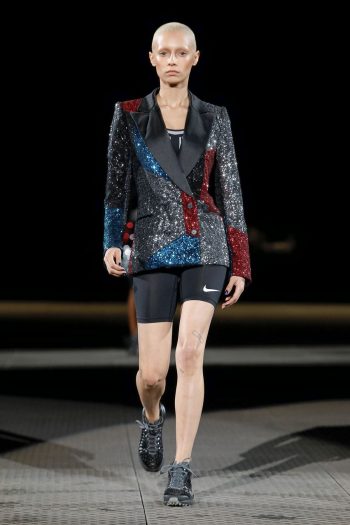 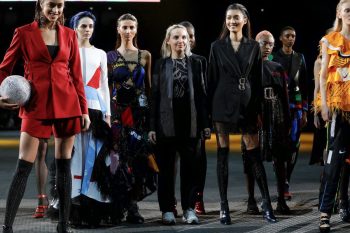 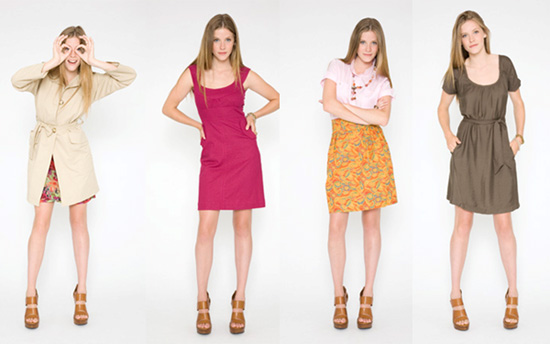