The shoes hit the market in 1960, the first pair of shoes rolled off the assembly line in Northampton England on 1st of April 1960.

Dr. Martens most classic and original boot, the 1460, named for the date and it is still sold today!

Building on that legacy, the company is launching the “Original Since” brand concept, bringing the core message that a person who wears Dr. Marten is also an original in his or her own right.

Each person is a unique combination of experience, time and place, a mix never known before in the world and never to be duplicated, a point of originality starting from their own birth date.

A powerful concept to move the brand forward, “Original Since” connects Dr. Martens rich heritage as a symbol of self-expression to today’s consumer. Adopted by young people from decade to decade, Dr. Martens has long served youth, ranging from mods, to punks to musicians, as a symbol of individuality.

While most critical among 13-22 year olds, the need to express oneself transcends all generations and age groups.

According to Dr. Martens, everyone consciously proclaim their individuality and seek ways to express creativity, independent attitudes and diverse personal style.

“Everybody has the desire to express who they are and to define themselves as unique, original individuals. For a teenager that might be expressed by wearing a pair of 20 eye steel-toes … for the young office worker, that may be translated through wearing a dressy pair of Dr. Martens’ new Hornet sandals on a casual Friday,” says Parisi.

Moving forward, using only credible and sincere approaches in its outreach to consumers, the brand will seek to facilitate consumers’ emotional need to express themselves by providing them with their own voice, to tell their own story.

In short, Dr. Martens is encouraging everyone to express their individuality, and wear their “Doc Martens” of course! 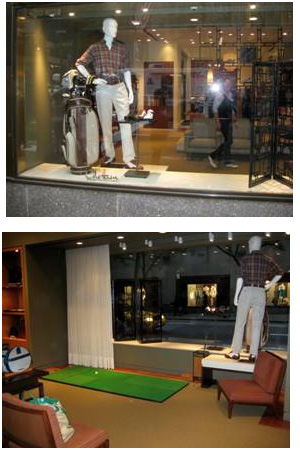