PARIS, Mar 3, 2004/ FW/ — Moon Young Hee’s Fall/Winter 2004 – 2005 collection was a delightful breath of fresh air badly needed so early on in the Paris’ fashion week. Showing to a capacity-filled room at the Hotel d’Evreux, her designs brought a subtle quality of lightness to the season…

Opening the show with black-layered dresses, skirts and coats, the tone gradually became lighter, more fluid. It seemed as if Moon was telling us all to look at things from a positive point of view and that life simply isn’t that bad. Not wanting to dive into a bunch of psychological mumbo jumbo, it is, although, easy to argue that this collection is a simple expression of the designer’s personality: meticulous, yet carefree and happy.

Layering was a big part of this collection. Her skirts seemed to take on a life of their very own as the models walked down the runway. They appeared light and effortless in their every movement.

Moon worked a lot with ample materials; twisting and molding them into new forms that compliment, even accentuate each look and ultimately the feminine silhouette. A pair of extra sleeves on the shoulders became great big bows, collars and boleros. The draping and layers combined together to create a natural, wonderful movement in the clothes. No woman could ever feel heavy and weighed down while wearing Moon Young Hee.

Moon worked wonders with her knots, each strategically placed here and there in order to give a bit more personality to each piece. Her knotted skirts are a testimony to the overall spirit and lightness of the collection. This is a most attractive detail for anyone searching for their own sense of individuality as well as ease in their choice of clothing.

The collection, however, broke no new ground in terms of fabric or color innovation. Black, cream, red and even a brazened gold too dominated the collection. Her fabrics, including mousselines and wools, were unpretentious, comfortable to the skin and completely wearable.

The only disruption in the collection came when a model was nearly left naked in the middle of the runway when her dress fell from her shoulders. An uncomfortable moment was avoided thanks to rapid reaction of the model. (Or dare I say thanks to her anticipation…) It was as though she knew she was on shaky grounds in that particular garment. However, theatrics or not, the beige dress in mousseline worn by the model was soft, light, delicate and filled with fluidity and movement.

Moon Young Hee’s Fall/Winter 2004 – 2005 collection is a great success. She has managed to create for us a “fashion-forward” collection WITHOUT going to far! 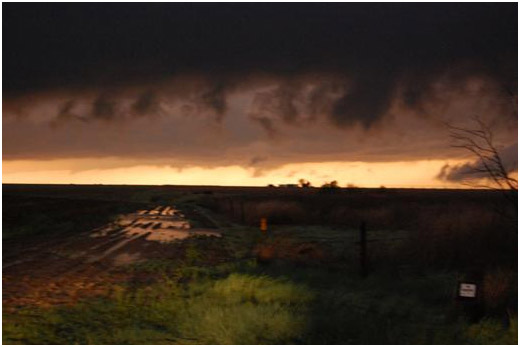 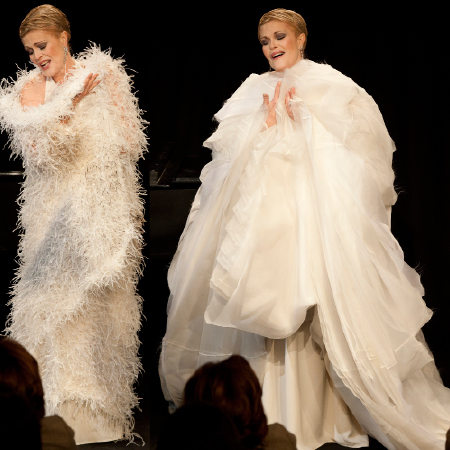