NEW YORK, Jan 19, 2008 / FW/ — Australian designer Jayson Brunsdon gets one of the most important kudos man can get – recognition from his own country. The Sydney-based designer is going to be featured during G’Day USA gala’s fashion show, saluting the 200th anniversary of the wool trade; Australia’s largest export industry.

Slated on January 26, 2008 at the Waldorf Astoria Hotel here in New York, G’Day USA is the culmination of the 10-day Australia Week celebration being held this year from Jan 17 thru 26, 2008. Now on its fifth year (the event began in 2004), G’Day USA has grown to become the largest foreign country promotion held annually in the United States.

Showcasing all things Australian from trade and investment, food and wine, film, arts, fashion, lifestyle, to indigenous culture and tourism, the G’Day USA Australia day black tie gala is the official close of the event, wherein honors are bestowed to prominent Australians.

This year, it is Jayson Brunsdon’s turn as the fashion design honoree. 1,000 prominent Australian and American arts, philanthropic, government and business executives are expected to attend this red carpet affair. After a unique dinner prepared by Australian chefs, Jayson Brunsdon will unveil his collection, followed by performances by three time winner of the Australian MTV Video Music Awards Best Male Performer Shannon Noll, alongside award winning Indigenous performer, Christine Anu and the Qantas Choir who will fly from Australia to perform at our special events.

The focus of the 2008 Gala will be to profile the exceptional work undertaken by Australia’s Royal Flying Doctors Service.

Commenting on the honor being bestowed to him by his countryman, Jayson Brunsdon said, “I am extremely honored to be part of this event, as it celebrates the anniversary of the birth of my nation and its very first export industry.”

Brunsdon, whose exquisite use of Australian Merino wool highlights how this dynamic natural fiber is transformed into luxurious, modern fashion added, “I love working with this luxurious fiber, as it is not only the world’s finest wool, but is sustainable, biodegradable and ecologically friendly.”

Jayson Brunsdon’s eponymous label is aimed at women who take an emotive pleasure in the appreciation of modern elegance with a whiff of cinematic drama. Inspired by the lives and looks of iconic women of great individual style, the label encompasses day and eveningwear creating an aura of contemporary glamour. 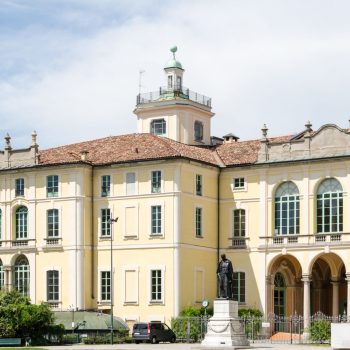