PARIS, Jul 5, 2008 / FW/ — Beautiful as it was, the recently concluded Paris Haute Couture Fall 2008 season was a mixed bag. Romantic collections from the likes of Jean Paul Gaultier, Christian Dior and Christian Lacroix to the more sensible silhouettes of Giorgio Armani and Elie Saab were presented during couture week.

That the venerable French fashion house is dressing the very fashionable French First Lady Carla Bruni Sarkozy shows in this very upbeat 1920s inspired collection that can be worn right off the runway, believe it or not!

Fashionistas who love John Galliano are so used for his ‘treasure hunts’ and also ‘straight to the museum’ haute couture pieces that seeing a collection a like this takes our breath away. To describe the collection as beautiful is an understatement and could even sound contrite because that adjective is not enough.

For those who have not heard of Carla Bruni Sarkozy before she married the sitting French President Nicolas Sarkozy, Ms. Bruni Sarkozy was a supermodel who had walked the runway for the likes of Yves Saint Laurent, even Christian Dior during her time.

In what is arguably one of his best haute collections in recent memory, Jean Paul Gaultier could easily well be the most romantic designer of the season sending ultra modern silhouettes that are based on medieval, even arcane clothing.

Birdcages for skirts and sweater dresses that are based on tents, Jean Paul Gaultier’s vision is of today, but based on the past while thinking of the future.

In short, the French designer had established the perfect meeting point of the past, the present and the future. Collections like this are the ones that dreams are made of.

The usually exuberant Christian Lacorix toned down colors for at least two notches this season to bring a darker collection, (translation – predominantly black).

But, don’t think that there are no colors because there are yellows and reds that brought the sunshine in, thus making the collection a signature Christian Lacroix.

Still, this change of pace also signifies some level of transformation at the maison. Perhaps the most romantic designer by nature in the haute couture arena, the added edge of darkness with the touch of Gothic also Christian Lacroix a level of modernity that makes him more attractive to the younger set. 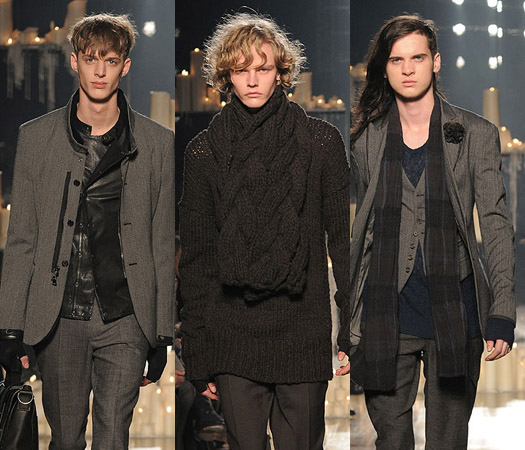 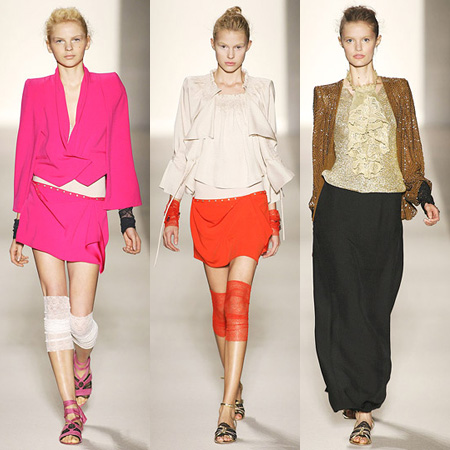