As a quintessential American luxury brand, this move by Ralph Lauren underscores the changing luxury market. While before, baby boomers were so dominant, the more technologically savvy and friendly Gen X and Gen Y have become the central force.

There are still holdovers though. There will always be technophobes among the consumers; but for fashion houses, technophobia is not an option. A balance between the traditional way operation and the new way of doing business, including design has to be found.

Ralph Lauren is a good example of a company that has found a proper balance. Paris-based Christian Dior, with the launch of its $26,000 mobile phone raised the ante on luxury with that move. Versace, as the maison continues to find synergy with the aviation and automobile industries, two segments that are non-traditional fashion partners, trail blazes a new definition for luxury.

As industry observers have known for a long time, in fashion, the clothes are just a part of it; it is about the total image. With a population that is in flux, the old conventions are being broken as new ones emerge.

What might have worked 40 years ago will not work now. In fact, what worked 10 years ago is already passé today. Hence, the need to innovate and evaluate at almost every turn.

A lackluster Paris Haute Couture Fall 2008 season where no real trends that had been set and no new silhouette proposed, the upcoming Spring 2009 women’s ready-to-wear season has become more important than ever because this might be the first time that prêt-a-porter will be the one dictating trends, not haute couture. 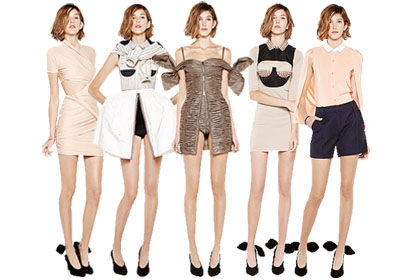