This time, Jaime Cole is going solo. Presenting her own menswear collection inspired by street art and music, the Meriden, CT native was sponsored by Cone Denim. Influence of primitive art of the Northwest Indians is shown through her textile designs and totem poles in her silhouette. 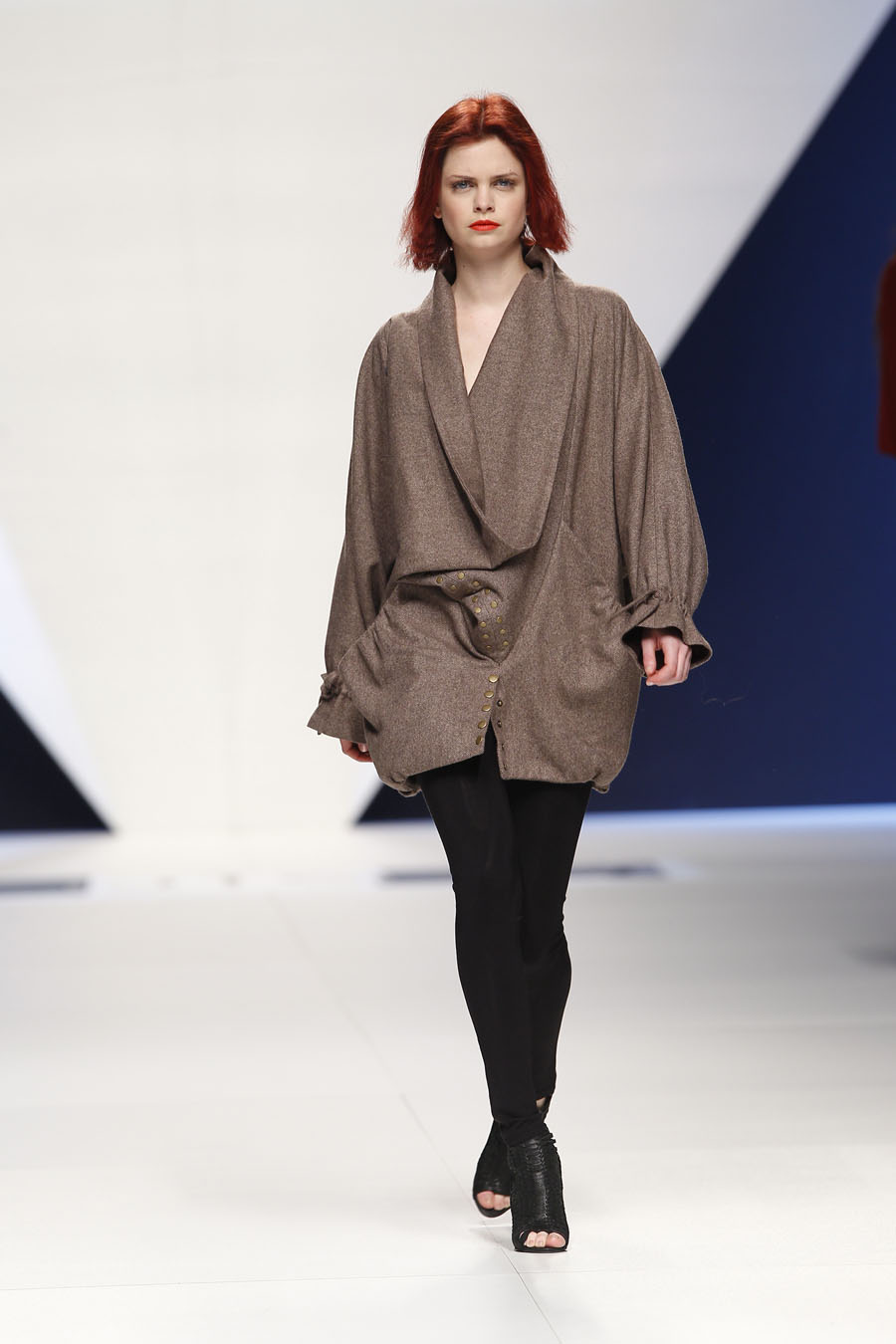