DALLAS, Dec 5, 2008 / FW/ — It was a bittersweet walk around the Galleria Dallas, one of the premier shopping centers in the Dallas-Fort Worth Metroplex this holiday season because it seems that the spirit of Virginia O’Hanlon, the 8 year old girl from Manhattan who asked in 1897 the now famous question, ‘Is there a Santa Claus?’

The answer by Francis Church, one of the editors of the New York Sun that time saying ‘Yes, Virginia, there is a Santa Claus’ has become an indelible part of popular Christmas lore in the United States.

One hundred eleven years later, it is not Santa Claus who is missing (we found him at Nordstrom), but it is Virginia who is missing.

And as Francis Church said in his famous editorial, “Alas! how dreary would be the world if there were no Santa Claus! It would be as dreary as if there were no Virginias. There would be no childlike faith then, no poetry, no romance to make tolerable this existence. We should have no enjoyment, except in sense and sight. The eternal light with which childhood fills the world would be extinguished.”

Because that’s exactly how I felt when I was walking around the Galleria Dallas – dreary and sad as store windows either remained bare, without any holiday spirit, like the Abercrombie & Fitch store, with its black windows closed and on its entrance, instead of a holiday greeting, a bigger than life photo of a male model greets you.

And who thought of the idea that black & white are the colors of Christmas? Ecco, The Limited and Zara, yes… the world famous Zara has its windows dressed in black and white. I guess for an added ‘color’, there was gold, too. But instead of making it festive, it made it look like a funeral. Are we celebrating the season of giving or a funeral?

So, when I saw Santa at Nordstrom and asked him if there is still a Virginia in this world, he whispered in my ear to go to the skating rink. And there, around the big Christmas tree is a woman in a wheel chair. A man, who is probably her husband, is on skates and pushing her around the tree as they skate to the sound of ‘Santa Claus is Coming to Town.’

Thank you Santa for showing me that Virginia still exists. 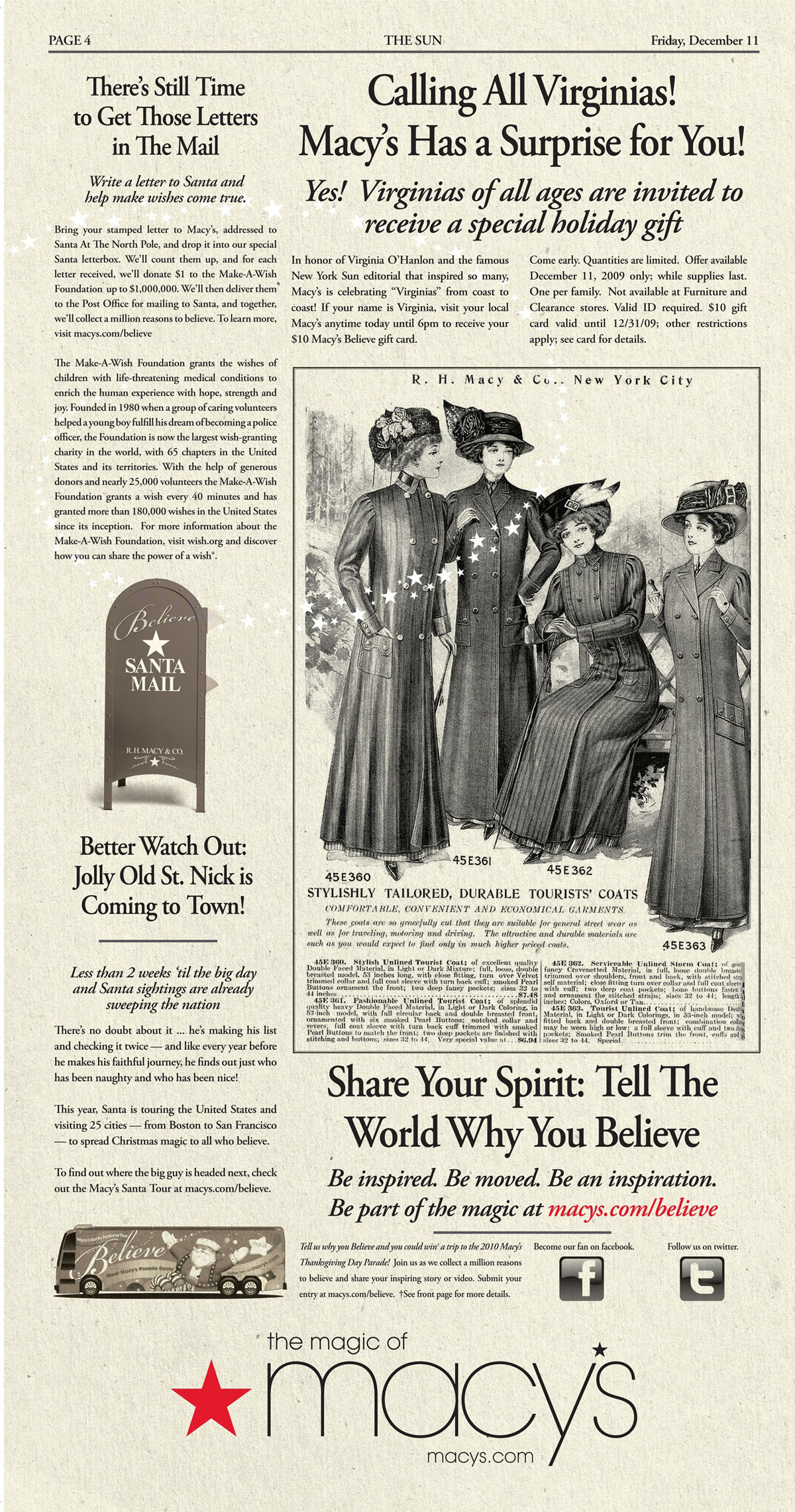