MILAN, Jan 18, 2009 / FW/ — Either Carlo Pignatelli had been watching Ocean’s Eleven, both the original and the remake, or he had been listening to the U.S. news on the graciousness of George W. Bush as he leaves the Oval Office.

Describing his collection as ‘Stars & Stripes visions and Italian tailoring,’ Carlo Pignatelli also said, ‘cowboy by day, generous by night, the man is wild and smart.’ Playful, bordering on preposterous in an atmosphere of austerity during this tough economic time, Carlo Pignatelli can be accused of being politically incorrect. But is he?

Designers can have prescience, but they are also very capable of stating the obvious like what Carlo Pignatelli is doing with his Fall 2009 / Winter 2010 Collection. Describing his ideal man for the season as “rugged, brave, a bit of a show-off, loyal and smart, who loves the freedom of wide-open spaces and wild lands but equally appreciates the soft lighting of night clubs and the illusory excitement of the gaming table,” Carlo Pignatelli also described the current decade’s lavishness that can be pinpointed to one American city, Las Vegas.

Again, I ask the question, is Carlo Pignatelli being obvious? Is he being politically incorrect? Or, is there cynicism under needle-felted macro-check jackets that draw on the motifs of Navajo blankets; sweaters with decorative buckskin inlays; aged calfskin ranger boots?

Is Carlo Pignatelli trying to tell us something more than the obvious message of his Donegal tweed jackets over nappa-finish jeans, the thin leather lace with a gold bolo and tips, just like the ones rodeo champs or square-dancers wear?

Is the fox coat worthy of Buffalo Bill and suede trousers, the super-clingy long johns that make for a slimmer silhouette and can be tucked into his lizard-skin camperos with embossed metal toe caps a political statement instead of a fashion statement?

There is more to Las Vegas than the neon lights and the gaming table. There is more to its lavishness and seeming sinfulness. Las Vegas, first and foremost was built for business. True, the gaming and entertainment in the city had mob beginnings; but organized crime is almost non-existent in the city. Oil money, specifically Arab capitalism had taken over, plus legitimate American companies.

So perhaps, Carlo Pignatelli’s reference to the Rat Pack – Frank Sinatra, Dean Martin, Sammy Davis Jr, Peter Lawford and Joey Bishop – who took Las Vegas by storm during the 1950s is more of an allegory than reality. Maybe, I’m overreaching as a fashion editor; the collection might be exactly what Carlo Pignatelli wants us to see.

You cannot deny the elegant tailoring though! Carlo Pignatelli can cut a suit whether it’s a velvet-detailed teddy boy or rockabilly jackets, including tuxedos. 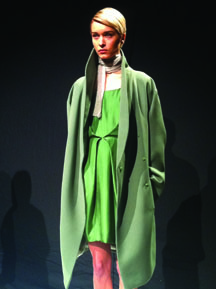 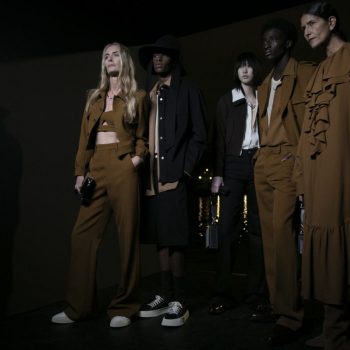 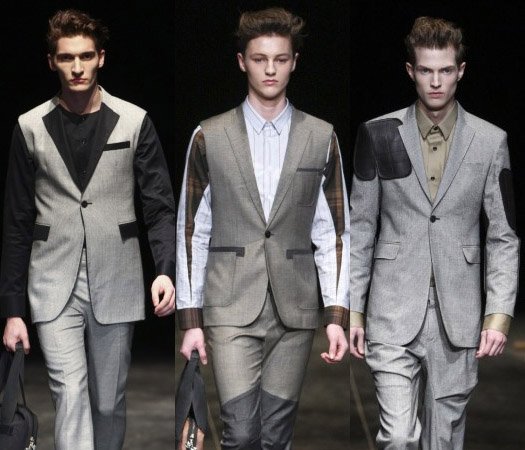