MILAN, Jan 20, 2009 / FW/ — If I did not know any better, I would say that Miuccia Prada was trying to dress the stars of the sleeper hit ‘Twilight’. But Miuccia does not follow trends, she sets them. So, I could only surmise that the dark color palette she chose for Fall 2009 is a reaction with the current economic condition while the clean sharp silhouettes is her way of bringing everyone in to the fold of sobriety.

Formally trained in philosophy and social sciences, rather than fashion, Miuccia Prada has a unique vision of dressing that puts her ahead of the curve. Her Roman Catholic’s collar as an extra add on to a man’s shirt for Fall 2008 / Winter 2009 (currently available in stores) can easily be the harbinger of the abstemiousness we feel today.

Hence, now that she is proposing mid-calf coats, loose-fitting tunics and slate gray suits, should we get ready for a post apocalyptic world without the nuclear holocaust but the collapse of the world’s financial infrastructure?

It is a scary thought, enough to make me think twice and realize how beautiful, striking and strong Miuccia Prada’s message is. And like a true maestro who knows how capture the attention of her audience, before everyone got lost with the ominous message, she sent out orange and rust for optimism and hopefulness thus ending on a high note. 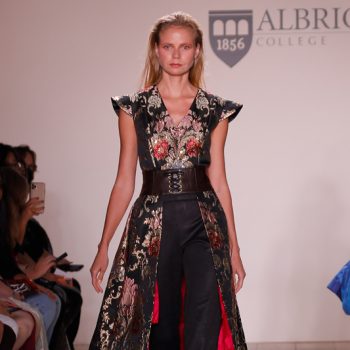 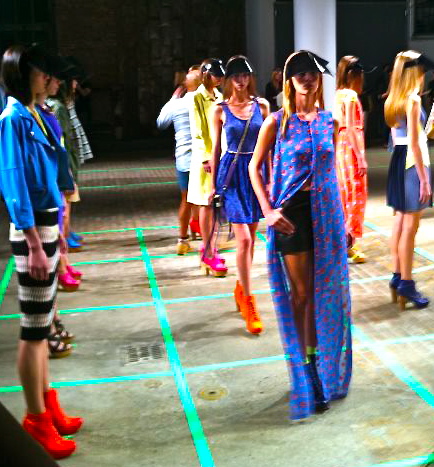 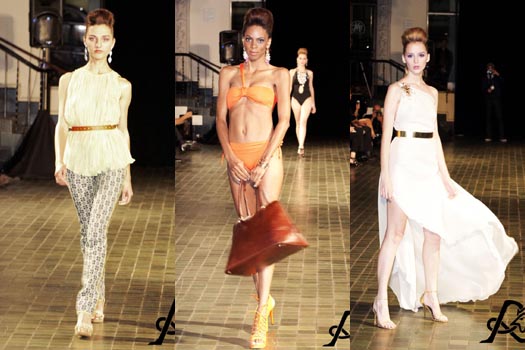