PARIS, Mar 15, 2009 / FW/ — The scene was the Balajo, Paris’s edgy nightclub. It was paparazzi mayhem even before the show began. Cameras were on choreographer Mia Frye, singer Hélène Segara and Miss France 2007 Rachel Legrain Trapani.

But, it was perfect. It was chaos couture, as designer Christophe Guillarmé entitled his Fall 2009 collection. He says that his inspiration was Eve as we have not seen her before – an Amazon punk rock and couture at the same time;

This new « Eve » was in the Garden of Eden surrounded with surrealist foliage, with an edgy electro sound roaring as a hymn to pure creativity. 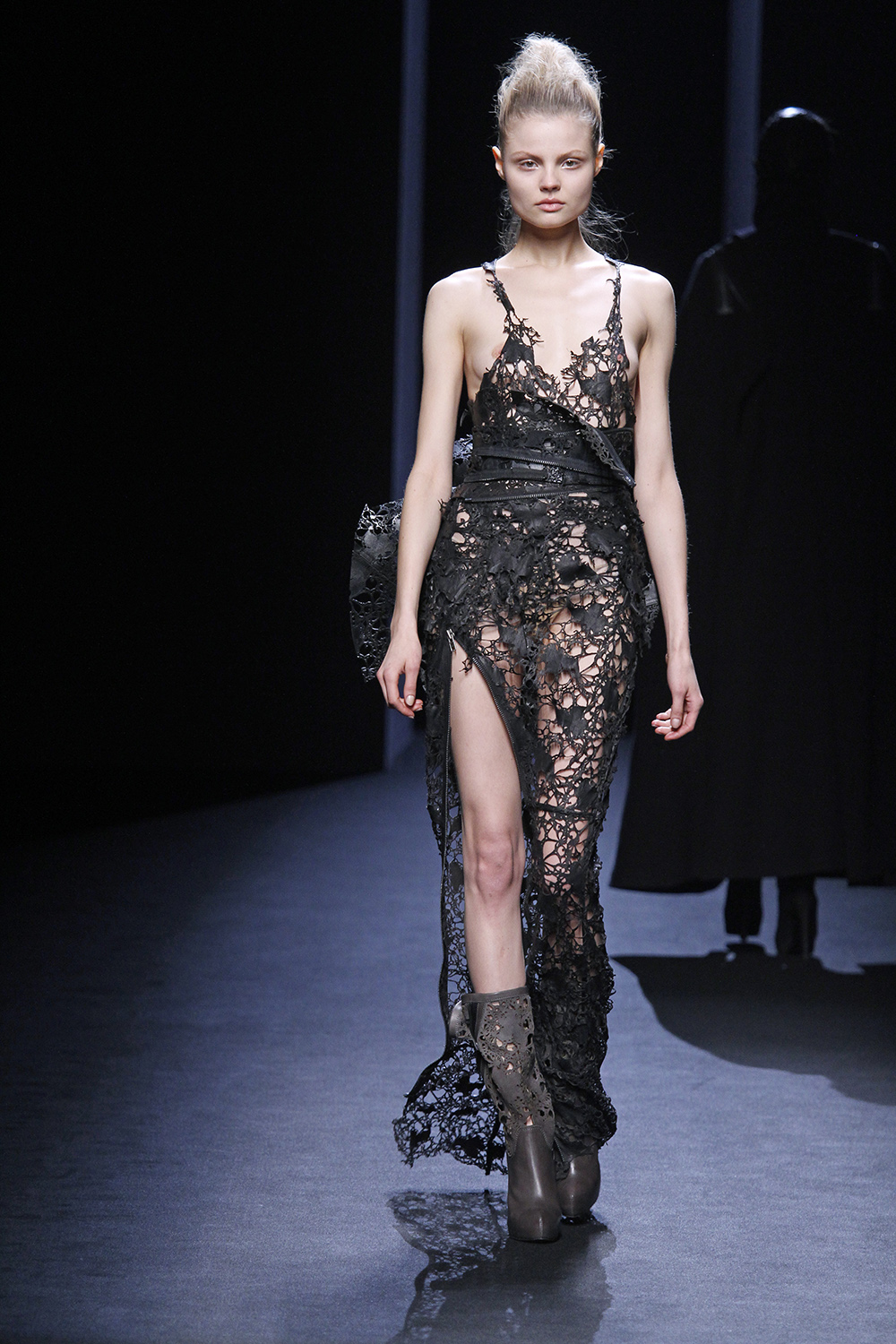 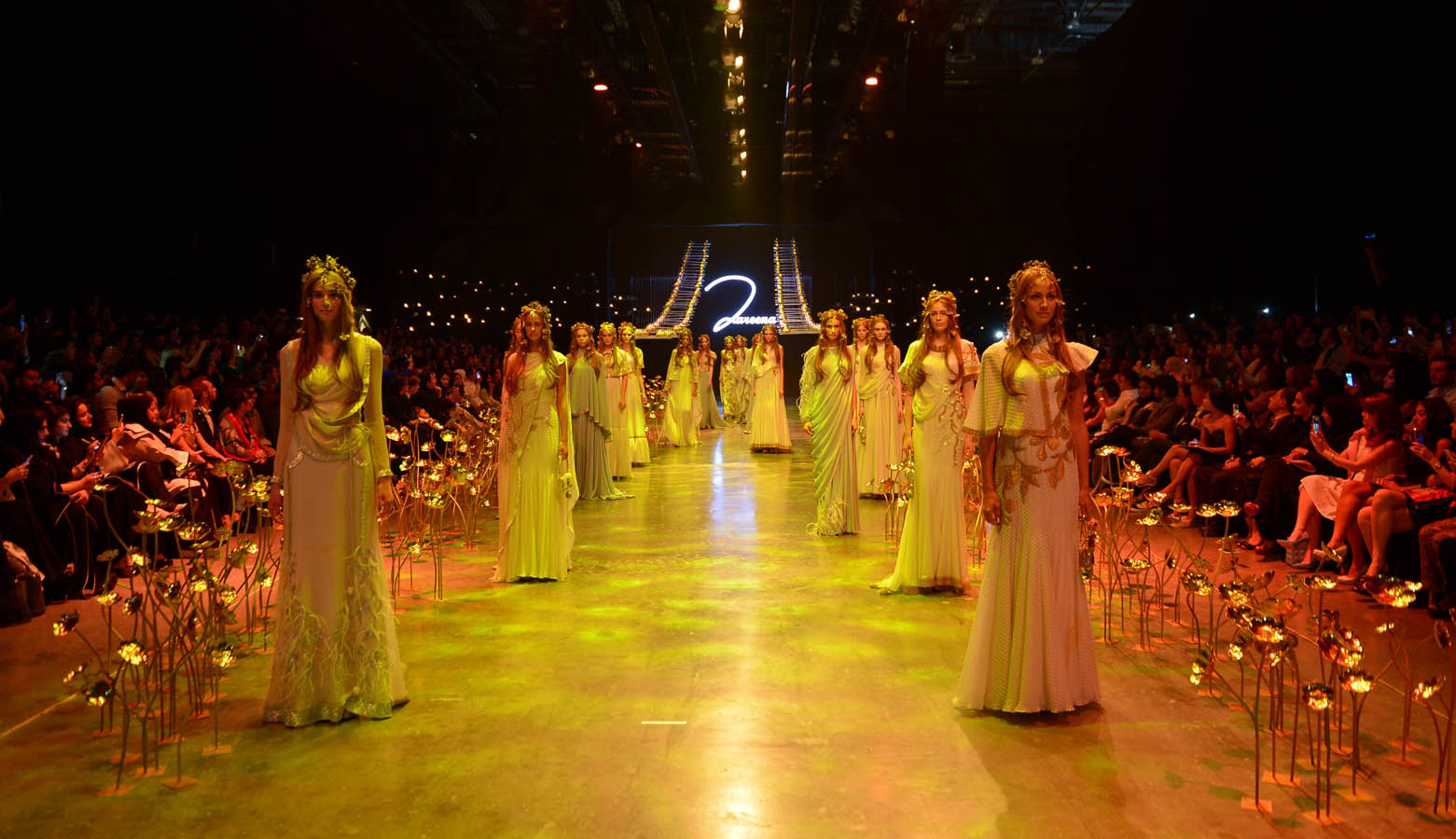