PARIS, Mar 8, 2009 / FW/ — One of the most beautiful and aspirational collections of the season, Alber Elbaz might have heralded the new silhouettes and the new frame of mind of women for the 2010s – ‘I can be everything I want to be.’

Fifty years after burning the bra and declaring women’s liberation, women are finally comfortable in their own skin, and thus they can be as alluring and as feminine as they want to be without the fear of losing their seat in the corporate board of directors.

But, saying that this is the only message of the Lanvin Fall 2009 collection is also incomplete. There is also that ultra-modern vision that incorporates our pre-occupation on pop culture. Though there was not even a vague reference to ‘Stepford Wives’ or to Isaac Asimov’s ‘I, Robot’, the big necklaces that were worn by the models is reminiscent of many science-fiction and fantasy books that refer to artificial intelligence or even Planet of the Apes where humans were collared.

That said; although many will say that this collection is on a class of its own and setting its own trends, the Lanvin Fall 2009 is also on the futurist /sci-fi trend that has been gripping Paris since the first day of the season. 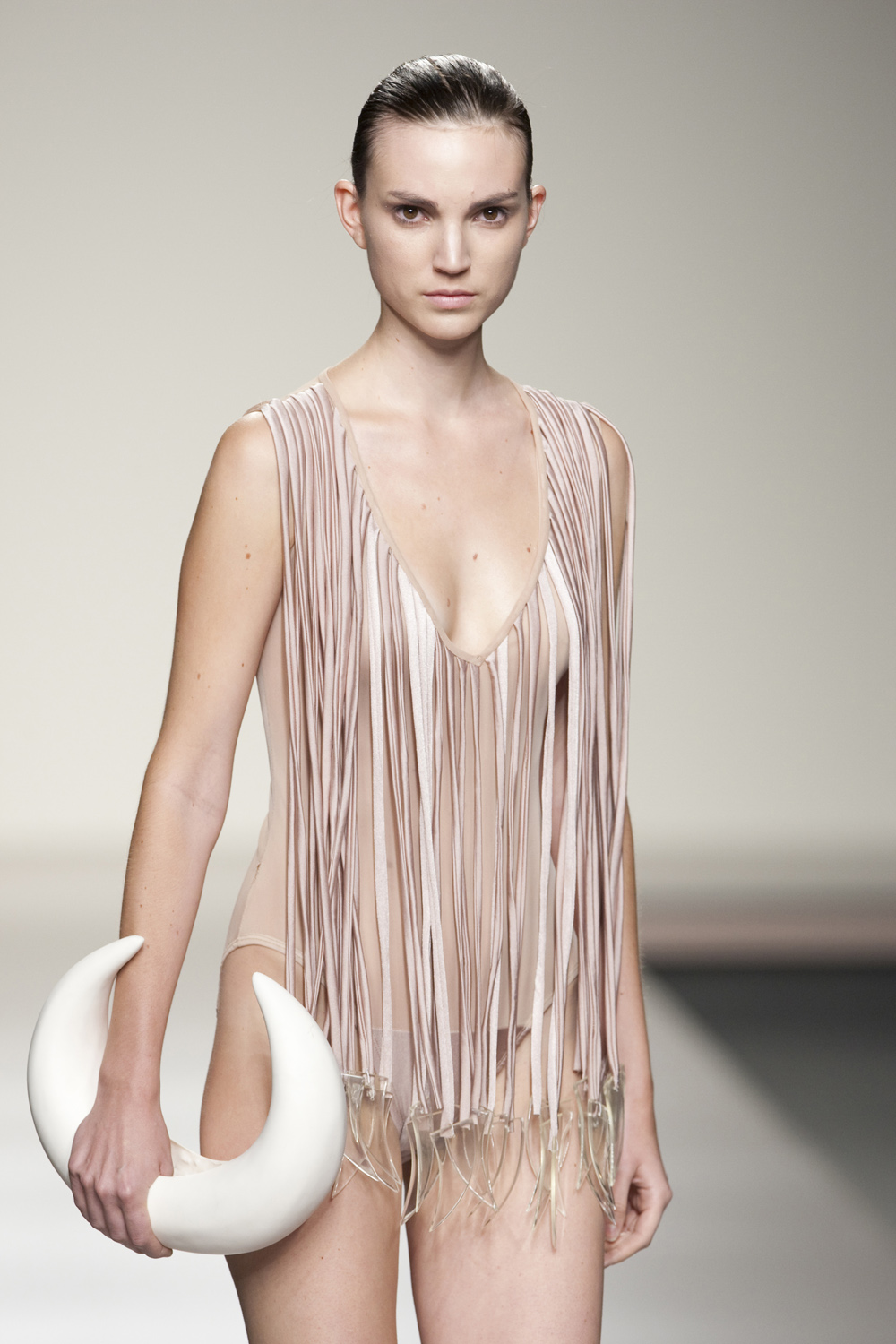