PARIS, Mar 12, 2009 / FW/ — It would take a Gallic sense of humor to be inspired by Russia then weave it around Napoleon’s army as they enter Waterloo, and finally show the collection at the basement of the Palais Garnier amidst laser lights and falling snow!

But, that is exactly what Giambatista Valli, Creative Director for Moncler did in what is one of the most beautiful and well thought of presentation during the Paris Fall 2009 season.

First thing you notice when you enter is that you are going down several stairwells lit only by red light; your path is defined by green laser lights. Like in a fantasy tale or one of those medieval video games, your destination is at the center of the dungeon.

You know you have arrived when you see this gigantic bowl shaped ice sculpture that look like it is being held together by green laser lights. The snow is falling, you see a man dressed in Napoleonic Army uniform, and then you know where you are – at Waterloo.

But, where is the Russian Army? You can actually see them in the clothes on display. Giambatista Valli took elements from the Russian Army uniforms and put them in jackets, coats even in ‘separates’ (as in coat and skirt) winter outerwear.

The emblem of the Russian army general rank became an adornment and other insignias of the Russian military were used as charms in the zippers and fasteners used in the collection.

Beautiful and well-thought out, Giambatista Valli and Moncler Gamme Rouge has a winner in this collection. 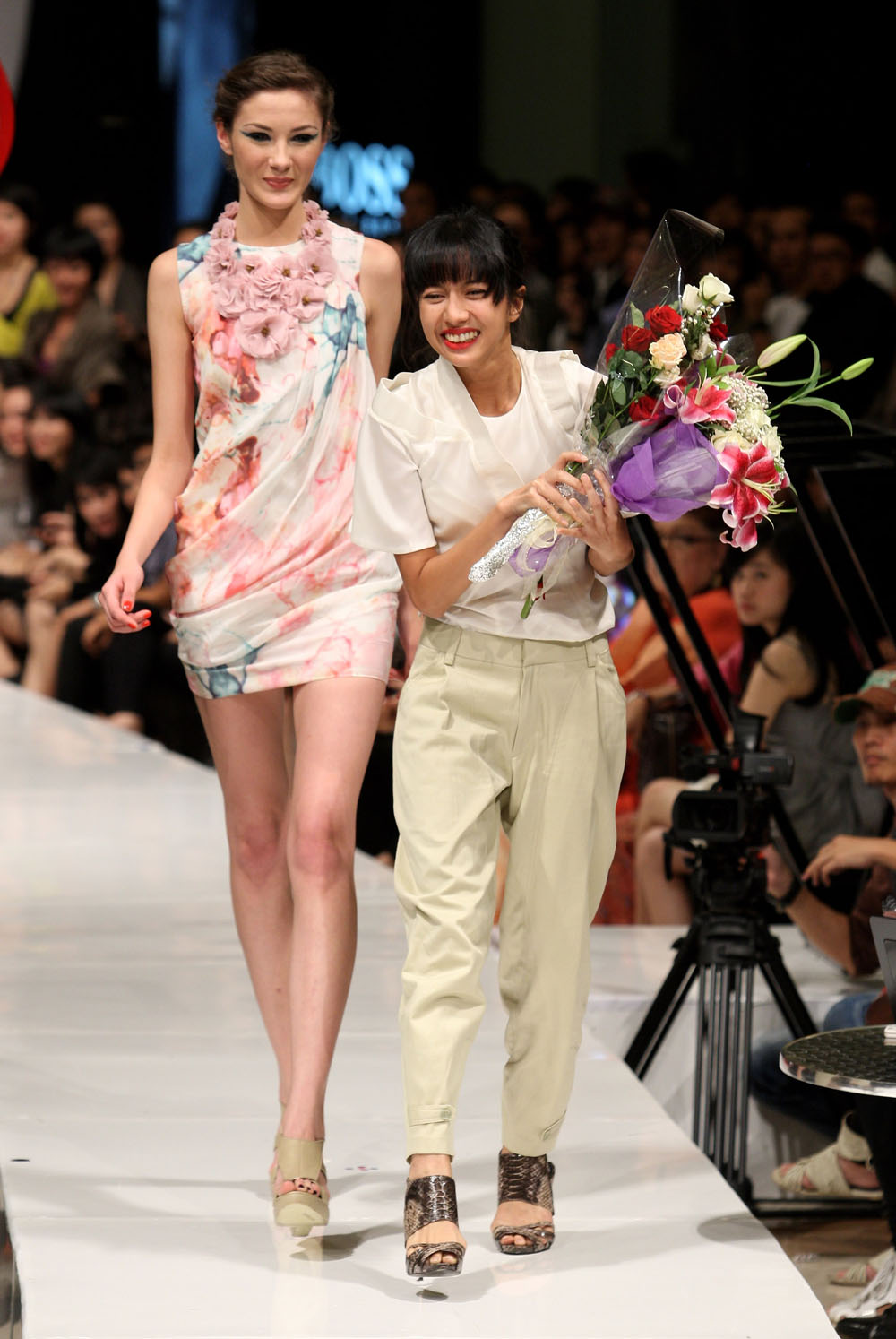 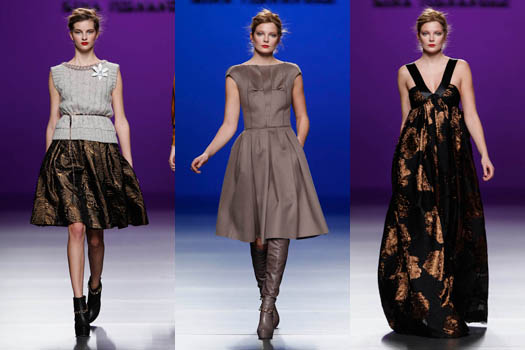