NEW YORK, Apr 15, 2009 / FW/ — Has it been 20 years already when Mark Badgley and James Mischka burst into the fashion scene and took Hollywood by storm?

For those of you who had read the April issues of Vogue, Elle, Harper’s Bazaar and InStyle, then you would have seen the 20th anniversary campaign featuring Eva Longoria, Carrie Underwood, Brooke Shields, Lauren Hutton and Anjelica Huston wearing Badgley Mischka couture eveningwear and accessories posed with designing duo Mark Badgley and James Mischka.

Shot by legendary photographer Annie Leibovitz at Paramount Studios in Los Angeles, the image used in the campaign feature the tagline “Two Decades of Glamour,” symbolic of Badgley Mischka’s strong relationship with Hollywood over the past twenty years.

Commenting on the photo shoot, Brooke Shields, stated, “This was a moment in time for me to be here with women that I admire, younger and older and with these two men who really appreciate women and design for them.”

Mark Badgley & James Mischka met in 1982 at Parsons School of Design in New York City. In 1988, the duo joined for forces and started Badgley Mischka. Both men had an affinity for making women look glamorous. In the Spring of 1999, the first Badgley Mischka collection hit top retailers such as Henri Bendel and Barney’s. 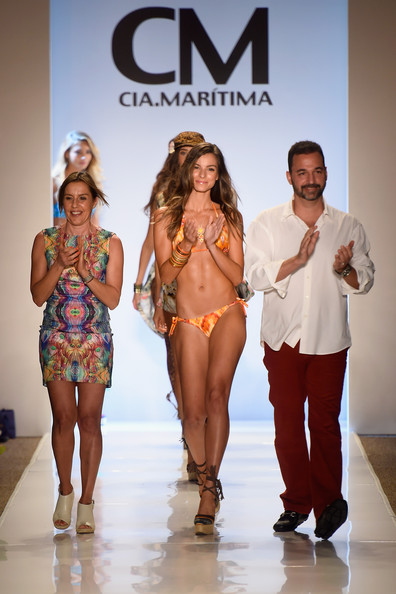