JOHANNESBURG, Jun 10, 2009 / FW/ — When it comes to fashion shows, having the right models on the catwalk is important because as all fashion insiders know, a model can make or break a show. Hence, for the upcoming debut of Arise Africa Fashion Week, nabbing top international model sensations is big news.

New York-based and Kenya native Ajuma Nasanyana (face of Vivienne Westwood) and Victoria’s Secret angel Oluchi Onweagba are amongst the a host of models from the United States, Jamaica, China, Canada, Brazil and Argentina that will grace the catwalk at Arise Africa Fashion Week, starting this Friday, June 12 at the Sandton Convention Centre in Johannesburg.

“We are delighted by the quality of professionalism and experience that we have on the runway for ARISE Africa Fashion Week,” says Deon Redman, Creative Consultant to African Fashion International. “What makes each of these girls special is that they are born and raised in Africa and have each carved out a niche for themselves in the international arena.”

Ajuma Nasanyana, who hails from Kenya, has been the face of Vivienne Westwood since 2004, opening and closing her show on numerous occasions and appearing in her print campaigns, most notoriously carrying a machine gun.

Ajuma has also walked for Victoria’s Secret and shot campaigns alongside Alek Wek, Naomi Campbell and among many others.

The statuesque Millen Magese from Tanzania recently announced that she has signed a contract with Ford Models in New York. Having walked many times in South Africa, she will be returning for ARISE Africa Fashion Week to join her internationally based colleagues on the catwalk, following a stint at the recent New York Fashion Week.

Her first runner up, Anja van Zyl will once again join her on the ramp, a place she has become very closely associated with over the past few years.

Kate Tachie-Menson, winner of the Face of Africa 2008, is another well known model to sign up to walk at ARISE Africa Fashion Week. A Ghanian citizen, Kate has travelled extensively since her win last year, working both ramp and in front of the camera as she continues to build her profile. Single minded and very focused, Kate is determined to follow in her hero Oluchi’s footsteps and become an international supermodel.

ARISE Africa Fashion Week is an eight day celebration of the aesthetic and unique design signature of African fashion and will feature models from all over the continent. Convening from 13 different African nations, including Rwanda, Uganda, Zimbabwe and Somalia, these models will proudly appear on the catwalk to show off the collections of the 51 different designers.

ARISE Africa Fashion Week is being held at the Sandton Convention Centre in Johannesburg, from the 12 to 20 June 2009. 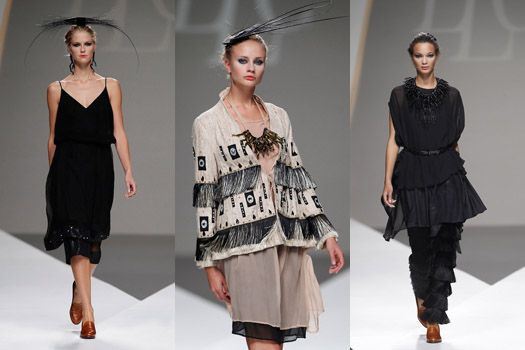 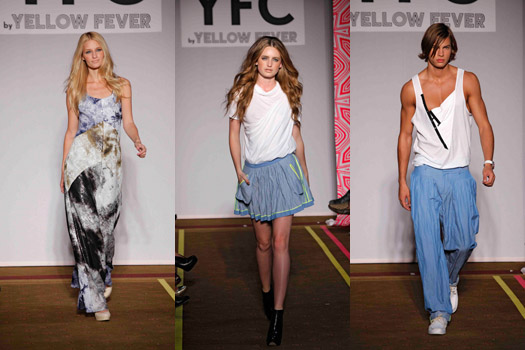