PARIS, Jul 7, 2009 / FW/ — Having never been to an Adeline Andre show before, I ascended up the stairs of the JTM gallery preparing to sit in an assigned seat with my camera and press kit, wait for the lights to lower, and watch forty-five gorgeous eastern European gazelles strut down a catwalk in chic ensembles.

Instead, I entered a quaint two-room space drenched in natural light from the windows along the back wall, and picked a comfy white stool to sit on. Then, of course, the waiting ensued- until three sprite women dressed in minimalist white uniforms ran out from behind a curtain with clothing in hand.

They attached the pieces to a clothesline overhead, along with a brightly colored length of chiffon. They later returned with a shirtless male and proceeded to dress him in a shirt, jacket, and overcoat that wrapped from an armhole on the right to a sleeve on the left and then again to the right with the second sleeve before being fastened shut.

Meanwhile, another female joined the nurse-like nymphs who began to wrap her in the length of chiffon to create an extraordinary layered gown. The man and woman stood clothed in the most innovative creations I’ve ever seen before being whisked away by the playful ladies in white.

So creative, so delightful, such a smart work of art by Adeline Andre. A truly unforgettable show. 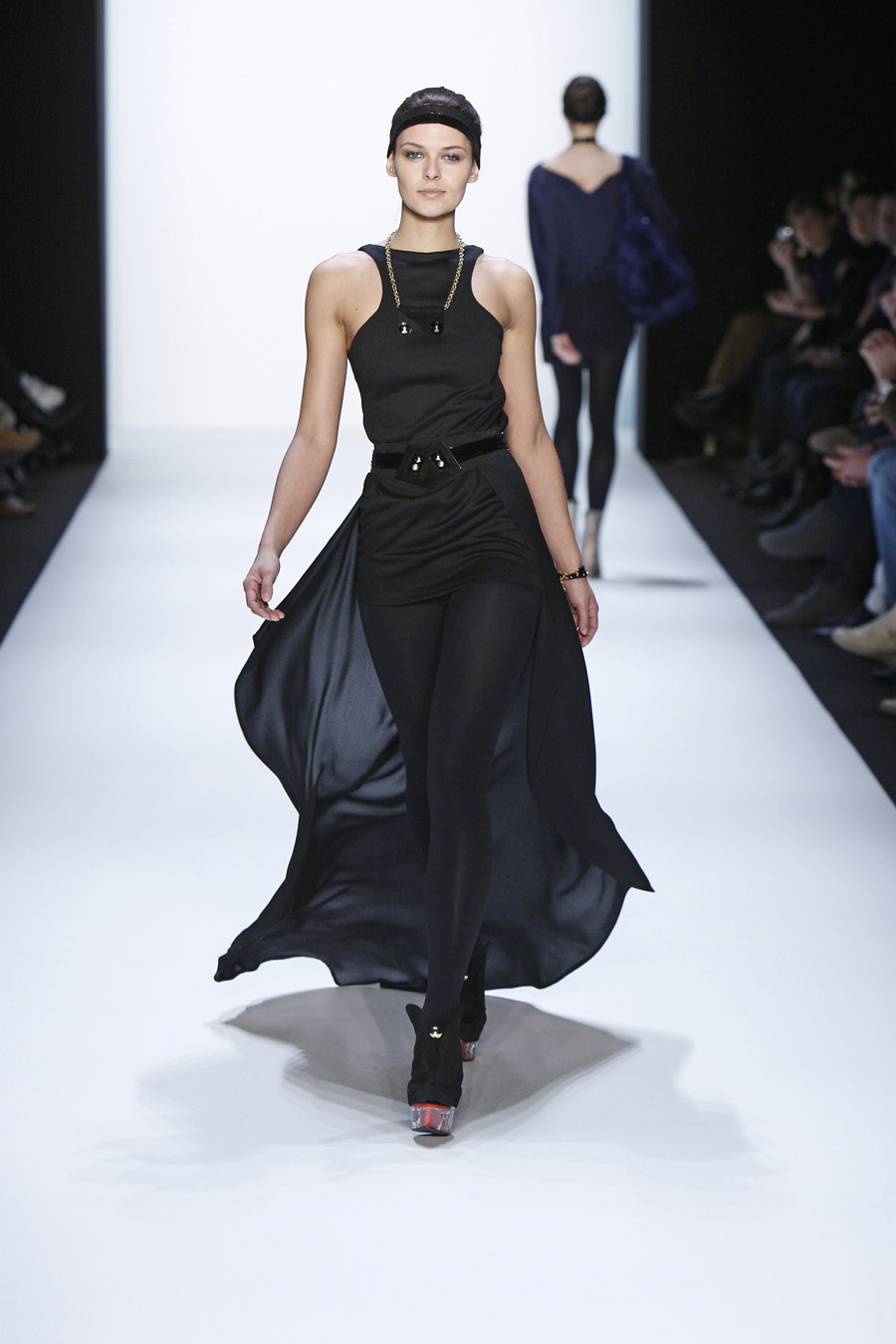 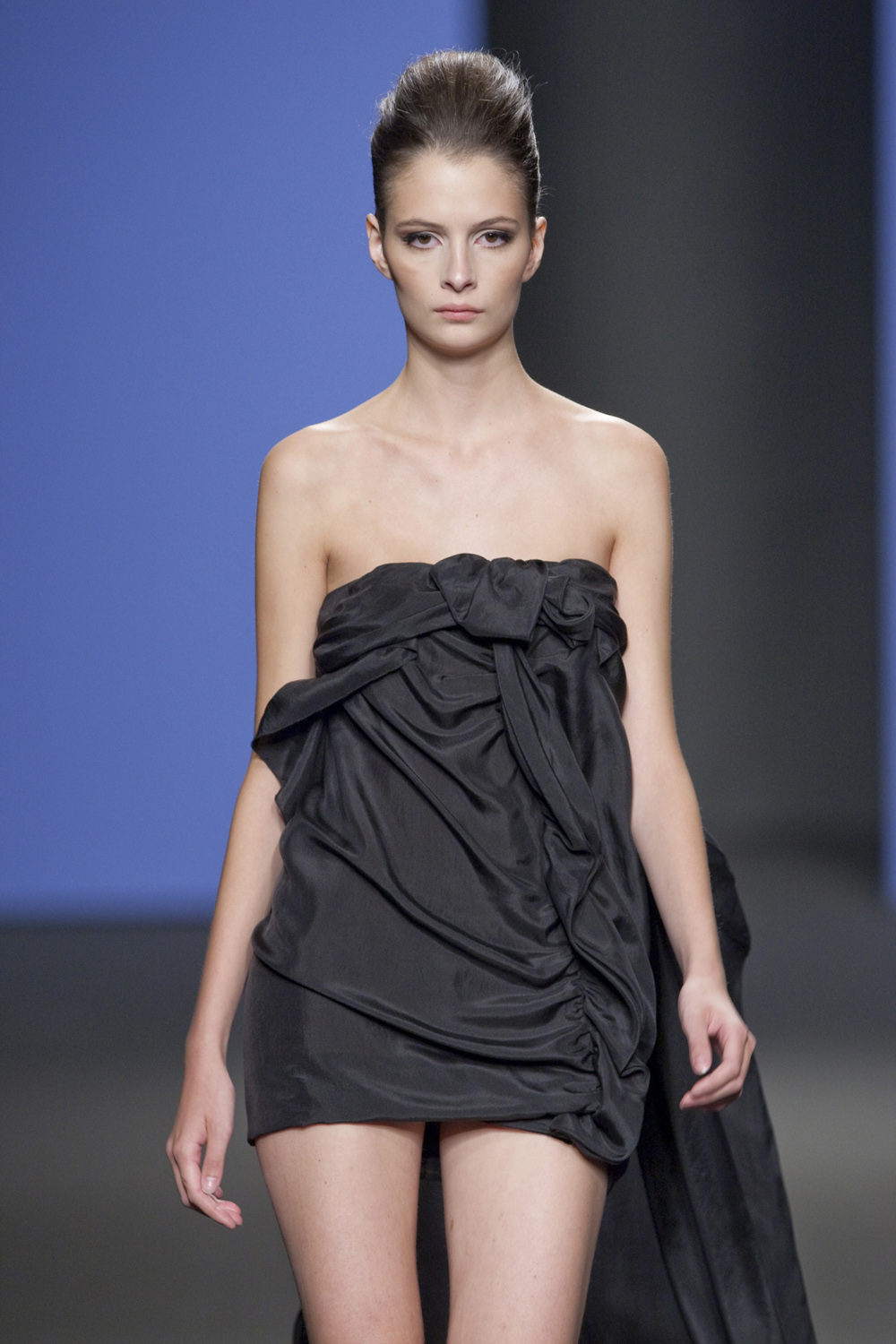