That Facchini who had always leaned on futuristic was heavily influenced by punk this season is symbolic of the change that is going on with fashion right now.

First, we were really moving towards a change in the silhouette by virtue that we were entering a new decade. Then, the whole world entered a deep recession that totally changed the consumer’s view on luxury and the fashion houses’ strategy.

Facchini, instead of reacting turned proactive. Keeping his signature clean silhouettes, he fused futurism with the past to come up with a neo Victorian punk that is quite fetching!

And the accessories are just eye-catching. The giant safety pin, the unofficial symbol of the punk era plays a central role in the collection. Then, there is the chockfull necklace which is composed of several large metal discs creating a bright asymmetric wave. And the final touch, the teeny weenie bag that fits right on your palm. 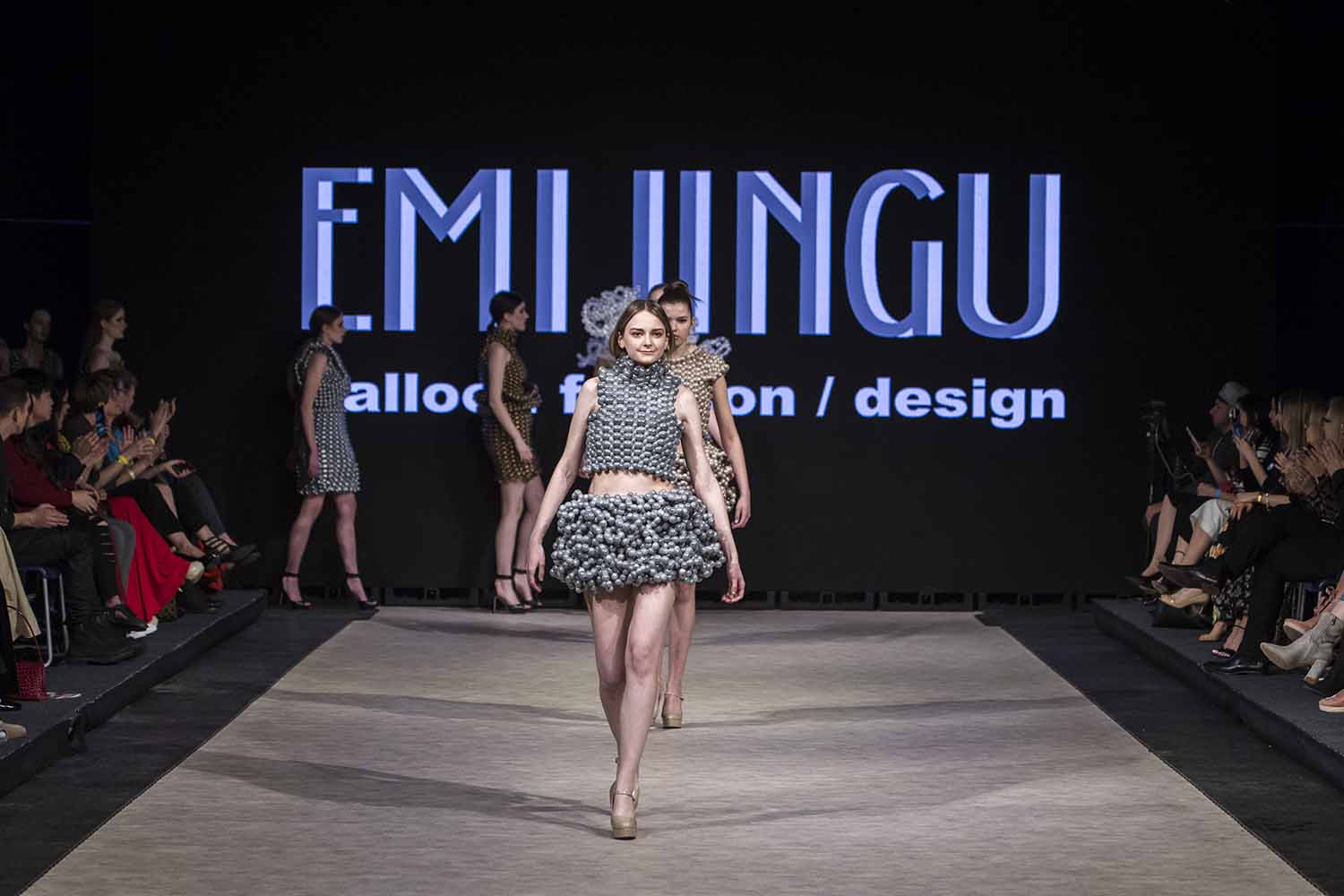 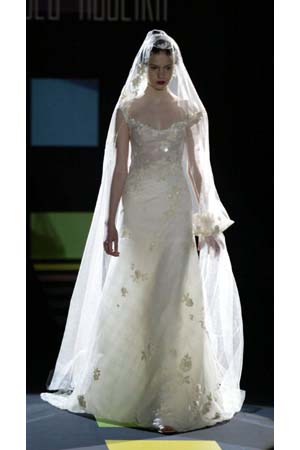 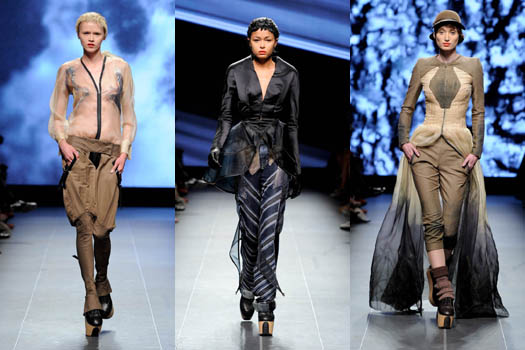