PARIS, Jan 31, 2010 / FW/ — With just the holidays over, Anne Valerie Hash made everyone think of their gifts back home that are good candidates for re-gifting.

Anne Valerie Hash began with three items that were gifts from friends – a T-shirt from the actress Tilda Swinton, a set of pajamas from the designer Alber Elbaz and a military jacket from the musician Peter Doherty.

Using these as basis, Anne Valerie Hash designed her haute couture Spring 2010 collection around it. When she was done, the t-shirt became a metallic shell that’s a perfect shirt to go with a low-rise tuxedo pants and a sequined jacket.

But that is only half of the story. Taking cue from the blockbuster movie Avatar, Anne Valerie Hash did paintings on fabric that was designed to simulate the visual effect of the hologram. Shimmering and constantly changing, the painting had a 3D effect. 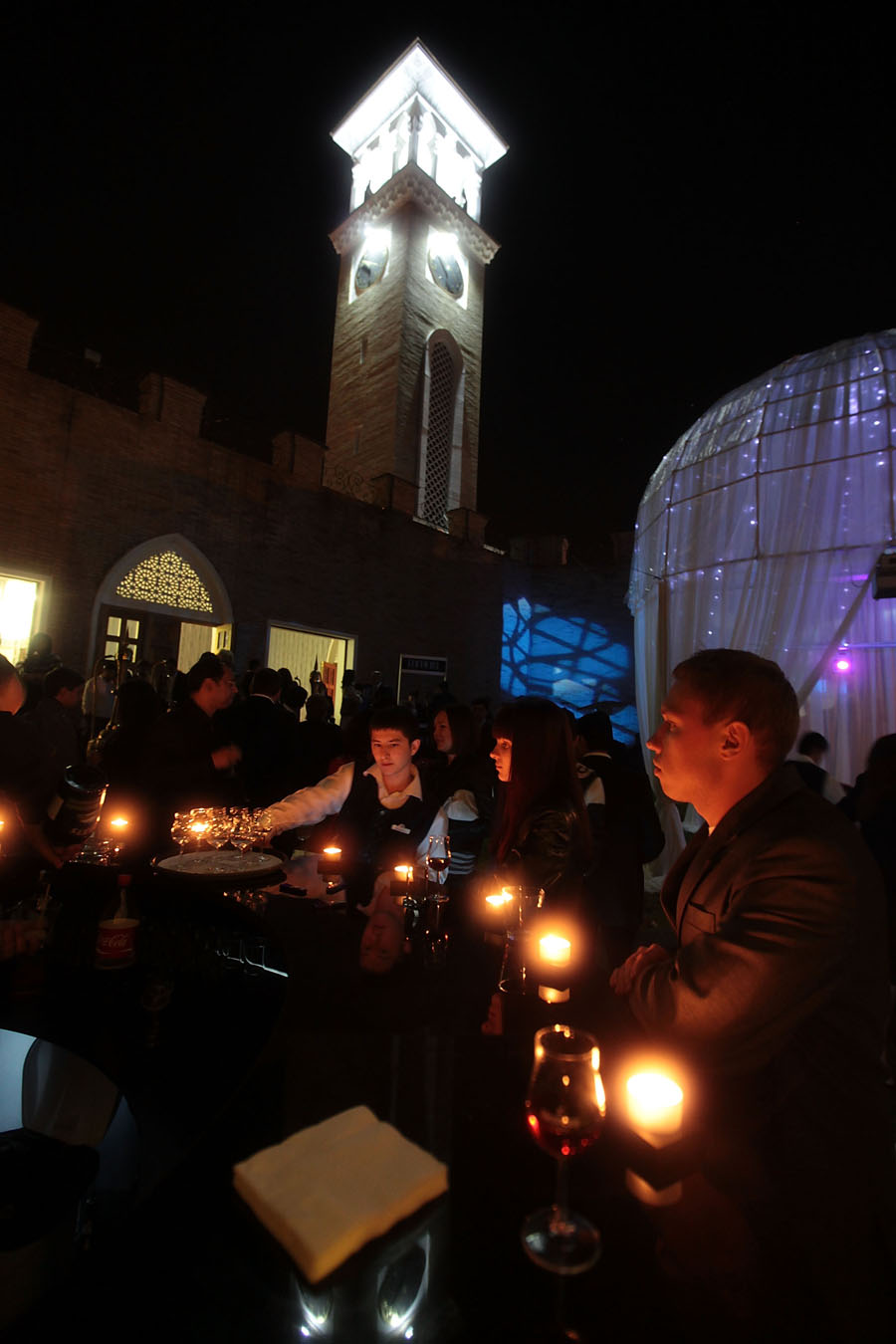 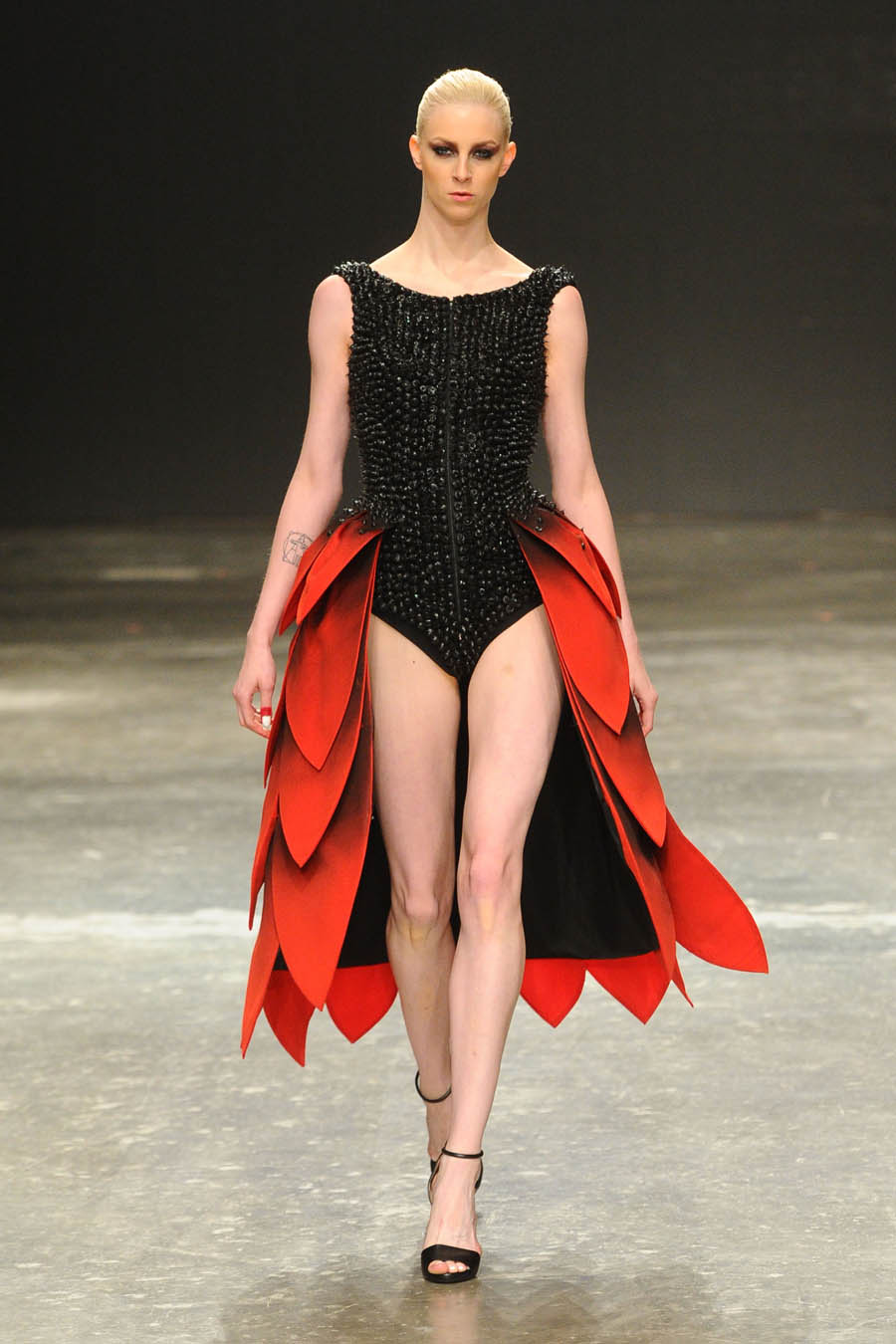 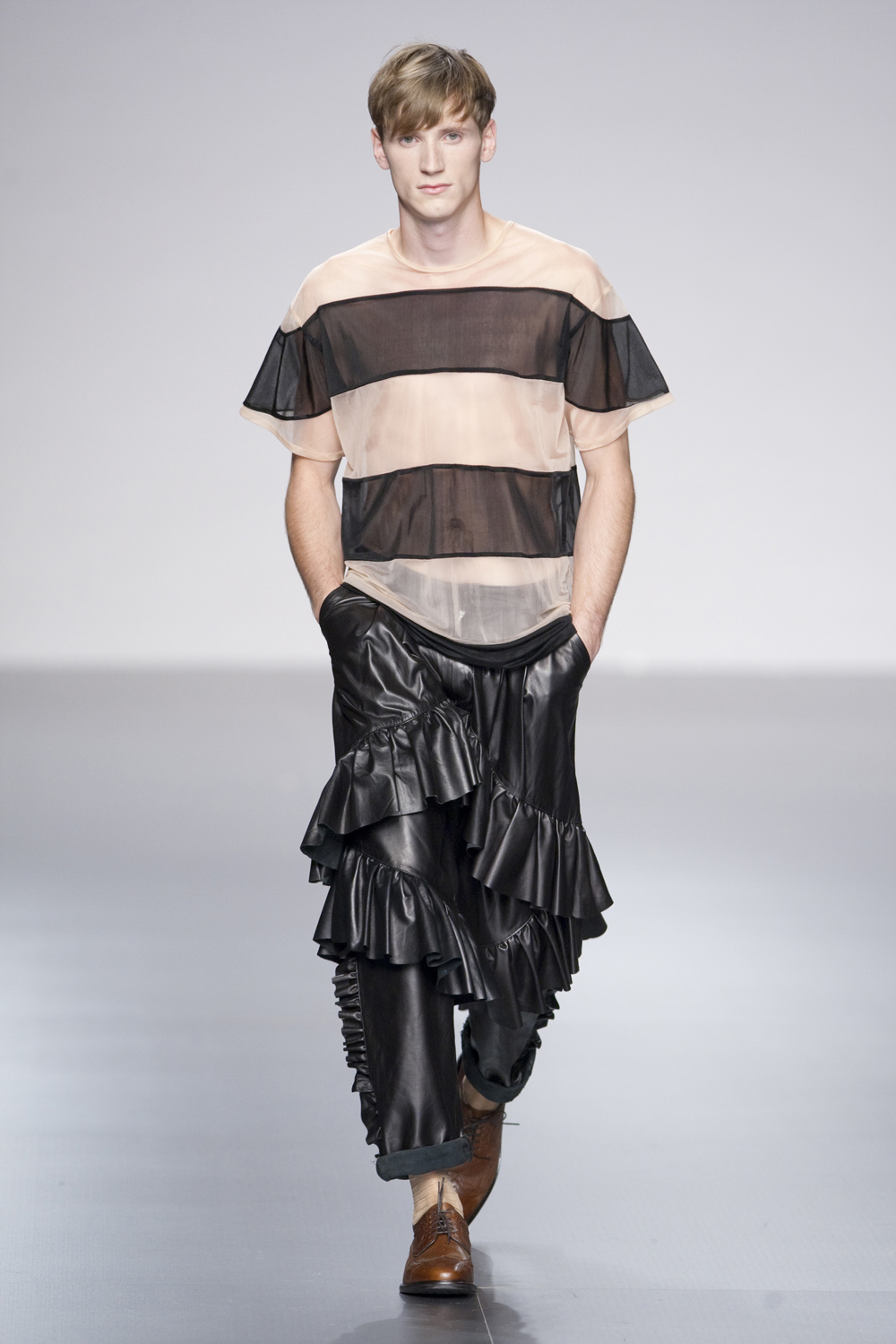