PARIS, Jan 28, 2010 / FW/ — Winner of the CFDA Swarovski Award for Emerging Menswear Designer in 2009, Tim Hamilton did not disappoint his audience by sending an innovative collection that incorporated European aesthetics to the very industrial Brooklyn look.

Before Tim Hamilton, there were two only two genre of menswear coming from New York – Uptown and Downtown. With the rise of Brooklyn as an arts and design hub that is distinct from Manhattan, young designers like Tim Hamilton are quick to adopt and pioneer in this new aesthetics.

For Hamilton, who believes that the clothes are just a part of the total look; that the energy and convictions of the designer also affect the silhouettes that are being proposed.

For Fall 2010, Hamilton continues to develop his unique vision of fashion that blurs the line between abstract design and fine craftsmanship. As an example, a cardigan in black & gray color block, where the grays are actually abstract industrial graphics.

There is also the raw leather windbreaker that has all the makings of street wear but because of the use of luxe fabric, it has been turned into an outerwear that someone from the Upper East Side or Wall Street will willingly wear. 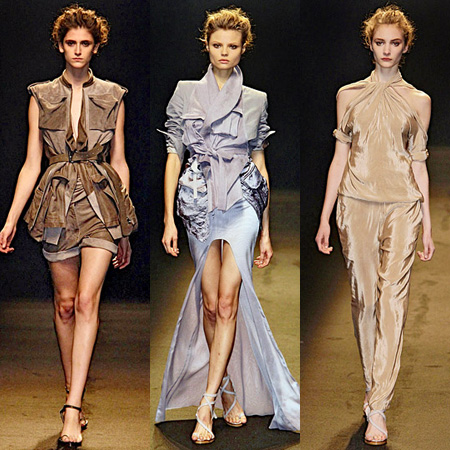 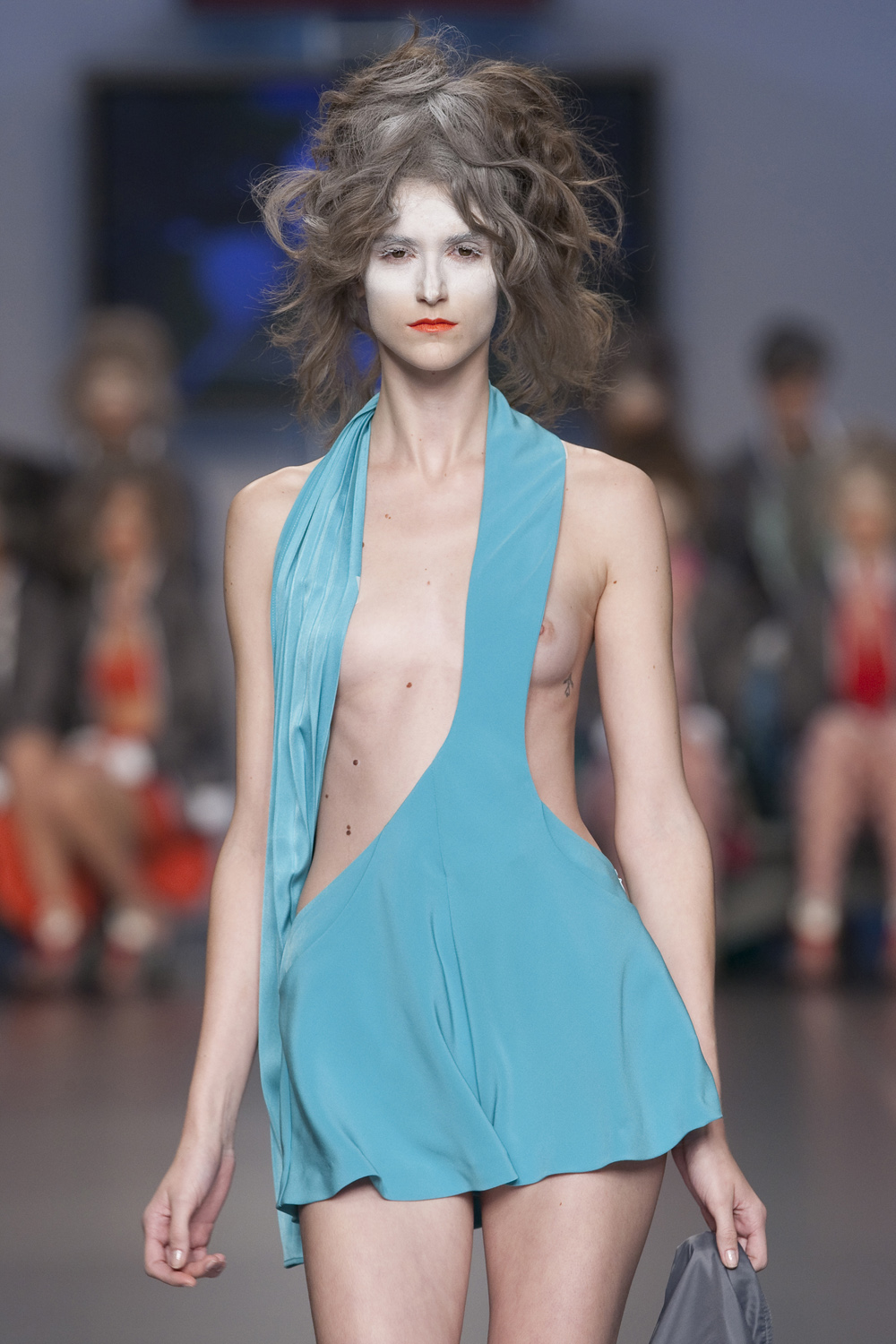