NEW YORK, Mar 18, 2010 / FW/ — The inspiration was freedom and the un-tethered journey of flight, so Irina Shabayeva, the season 6 winner of Project Runway sent out bird-inspired coats and dresses, some of them actually featuring real feathers.

And while Irina Shabayeva wowed the audience, the fashion world’s loss because of the death of Alexander McQueen hung in the air. Hence, the fantasy of intricate beading, textile construction and use of exotic materials seemed a fitting tribute to Lee, as his close friends call him.

Hand sewn creations of soft cashmeres, silk-screened and hand- painted wools were showcased side-by-side with structurally sculpted bodices and flight inspired flounces. Materials ranged from natural to industrial as creations were swirled in feathers and patterns only born in nature.

Highlights from the Fall collection include intricate hand-painted prints, pheasant feather dresses and custom made aviator hats. A strapless white cocktail dress made from 8 different wings of Tupperware materials impressed attendees along with a black glider with hand carved leather wing paired with leather panel pants. 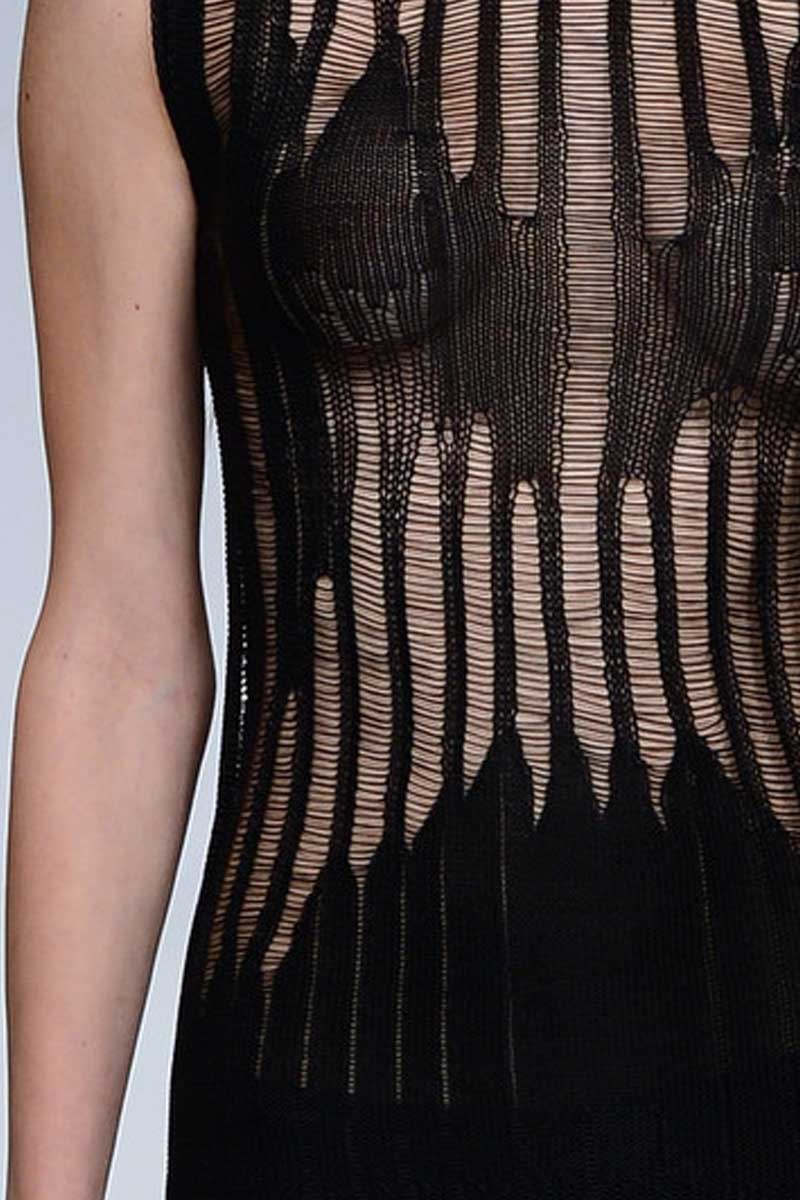 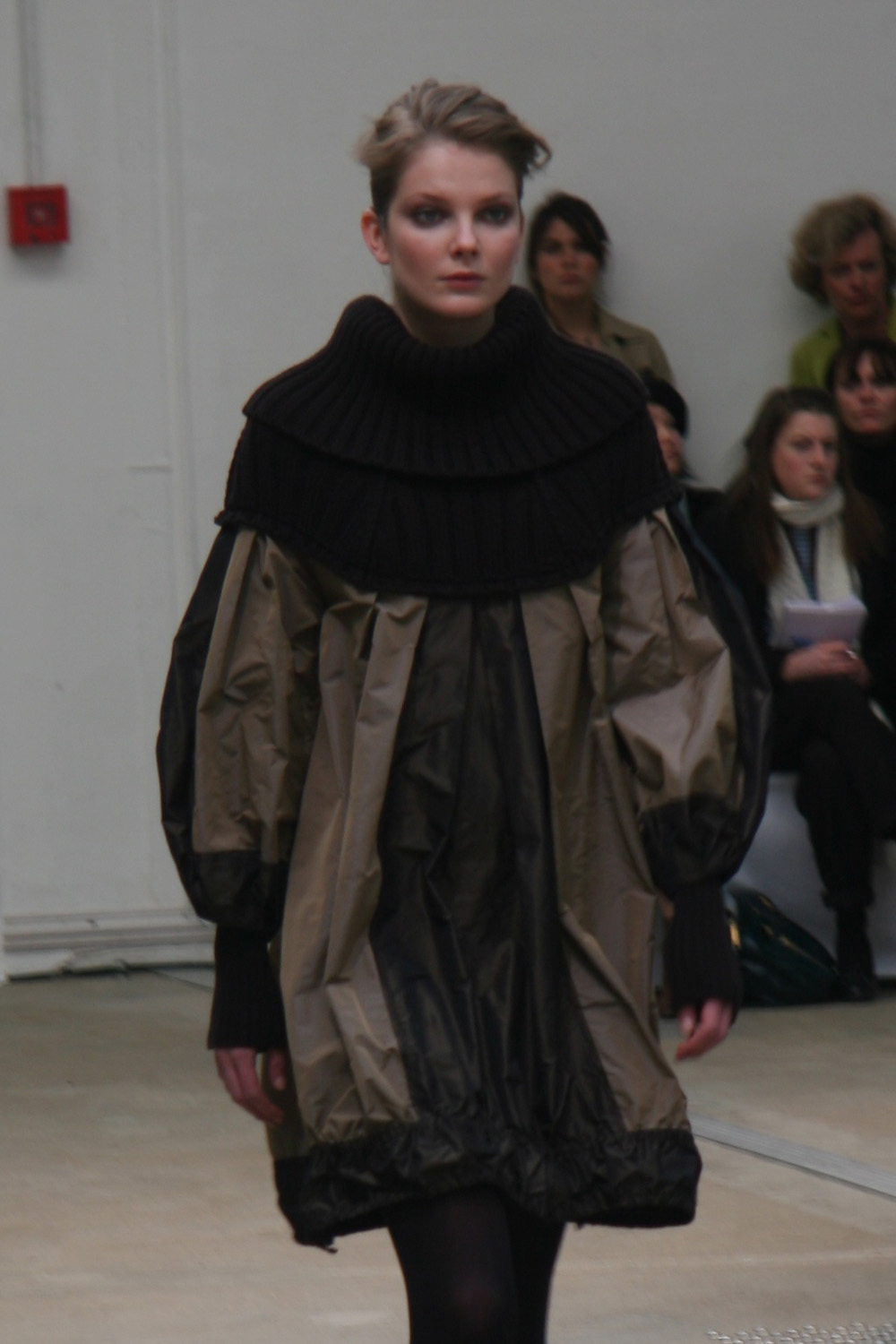 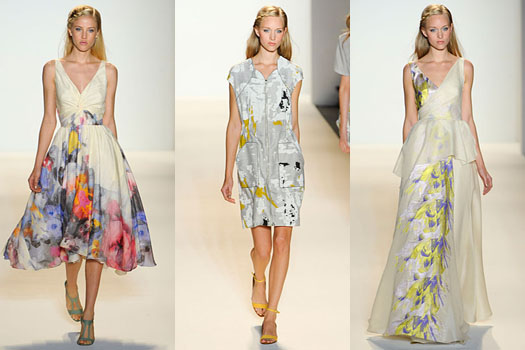